Any long distance flights to Tenerife North direct or via Madrid?

Copy the photo for flights to Tenerife of its North airport? You can do it with Pinterest.

So what about flying directly to Tenerife? 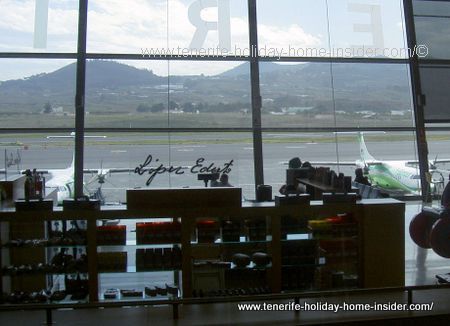 Of course, the Binter Canarias airline connects Los Rodeos airport and other Canary Islands without additional stops. By the way, so does Canaryfly, although mainly via Gran Canaria.

Iberia and above all Iberia Express has been an excellent option with reasonable priced flights for quite some time. It makes fast and cheap air travel possible to Tenerife from all major Spain cities. The same applies to and from London UK airports.

Getting to Tenerife more expensive due to flight taxes?

There has been much talk in the Media about a tax increase for flights in all sorts of ways. However, lets wait and see, as previous taxes may have also changed.

It must be noted in this context that there are no more direct long haul flights from and to the Tenerife North airport. To travel from America or from the  Caribbean to Tenerife North has become almost legendary for the good old days of aviation. Lets hope demand will change and bring them back.

All flights go via Madrid again. So does Iberia Express one of the low cost carriers of Spain besides Vueling when it takes you to the Tenerife North or South airport. 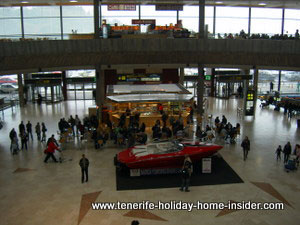 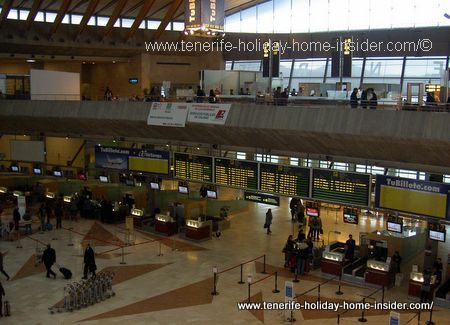 Flights to the biggest Canary Island via Madrid

Of course, there are many and most go to the North airport above all when they fall under the category Domestic flights.

Straight from London with flights to Tenerife?

Iberia has become a must to consider for flights from London to Los Rodeos TFN Tenerife North.

Not only ideal for the British tourists who own or rent a holiday home in Tenerife in its Northern region.

It's absolutely important for the busy businessman for whom the Reina Sofia airport isn't convenient. He may even do better than I did for a direct flight.

Also, you can use various airports from London alone to get to Tenerife.

Tenerife airports in North and South and what makes them different

From flights to Tenerife back to cheap flights Tenerife