About me and why I decided to work from home in Tenerife.

It took me a long time to start writing about me.

I am not famous but I created one of the most beautiful gardens in my family home, way back in South Africa. Unfortunately, I don't own it any more and sadly, it is now in a very bad condition.

My name is Gabriele which was spelled Gabrielle when I lived in Paris for two years and Gabriela during my three year stay in Lisbon Portugal. I am German by birth and upbringing.

What is my homepage for? 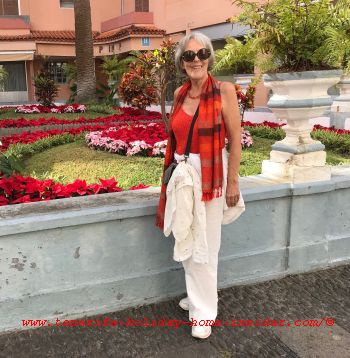 Writing my homepage Tenerife holiday home insider.com is for my kids a son and a daughter as well as three grand children. It's supposed to show them what the island is like where I am living now. An extra bonus for it is that it also helps to supplement my income.

Why did I settle in Tenerife?

Well, this is a very long story that could almost fill a book. Friends wanted to buy a holiday home in Tenerife in 1997 which they did. We joined them for this home hunt. Later after my husband had passed away I came back to the island and stayed on.

How I learned Spanish

I taught myself. How? I only watched Spanish TV and almost only read Spanish newspapers. I had some dictionaries and grammar books to consult but,  took no language classes. I became a member of the public library in Puerto Cruz. I was reading Spanish books. Talking to locals as much as possible also helped to improve Spanish skills.

The work situation in Tenerife

Tenerife only has tourism which is highly competitive. It  is part of Spain and has autonomous laws that differ from those on the main land. Young people on the labor market field are given priority. New female expats that are over 50 years old will have little chance to find work. However, it helps very much to have been employed in Europe before coming to the biggest Canary Island.

I had worked a few years for Central German bank head office in their foreign department for their international contact service acquisitions. 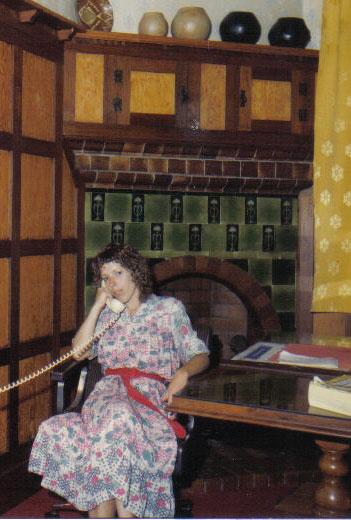 Me in our Houghton Johannesburg home where I had a chance to learn much about woodwork restoration of Teak and Oregon Pine. Unfortunately, it has been painted over again everywhere. The historic mansion has been declared a monument. However, the building which was later extended was originally designed by Sir Herbert Baker KCIE FRIBA RA.

Later on in Johannesburg, I managed an international,  small forwarding/shipping/export company for and on behalf of my late husband.

I also was a director in an Import/Export company, later on.

Nevertheless, speaking five languages, PR skills and a track record as a company director on another continent may not be good enough.

An episode about me that was very positive

I was granted an IT course in Spanish by my local unemployment agency INEM la Orotava for classes paid by Brussels.
That, now, is kind of luck worth mentioning about me. 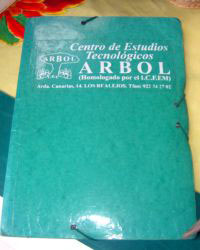 However, I must admit that I acquired more Spanish language than IT skills during the eight months of five hours of morning classes. Nevertheless, I passed all tests. Needless to say, this is something about me I am proud of, although my diploma didn't help me to find a job with a proper work contract.

I did with temporary work. It included public surveys called encuestas where I walked for miles knocking on doors to have Spanish and foreigners answer my questions. I had to fill in sheets of paper,  where people had to sign.

One way to become a Tenerife insider

Often, I was invited into people's houses during those inquiries. That's how I  didn't only practice Spanish but also learned much about Tenerife people and how they live.
I got some insight into their social conditions, into their life and culture. In fact, the inquiries were not of a of commercial nature.

Another IT course and my pal César Francisco Real Real

Later, I did an Internet course at Audiostudio Puerto de la Cruz. The teacher was not so easy to get on with. He didn't only speak Colombian Spanish but was hard to follow when he paced from the front to the back of the class room. That's when I met Cesar Francisco Real Real. We stay in contact, although he is now in Majorca.

More hurdles that made me an expert

I went through with it all by myself. That's one more thing about me I am proud of. The document of the Ultimas voluntades (Inheritance in Spain) could be purchased at one of most helpful estanco shops.

Of course, there is much more that involves inheritance in another European country when you reside in Spain.

Anyway, when all was concluded, I bought a little holiday home in Tenerife in the names off my children. where I have "Uso Fructu". This matter is one more important experience I am prepared to share for a small fee.

My late husband passed away in Malaysia before he took on the arranged contract work for the King. I didn't only have to pay for my hubby's last stay at a clinic but also had to fight to get documents that were required in Tenerife. Actually, it was the royal connection among other factors that helped very much. It got us a special letter from the Ministry of Police of Malaysia, as the Apostille that was required for Spanish inheritance wasn't possible.

Tenerife apartment with parking and pool .

This beautiful studio or Tenerife apartment is similar to a condo, as it is known in the USA. Of course, friends and family can stay there for short periods while it's available for so called long term rental for others. 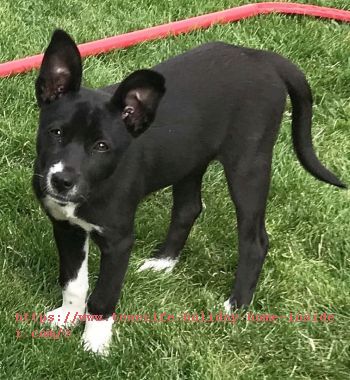 A Canaan puppy also called a Bedouine dog of eleven weeks, as depicted

Following is a short video clip which gives an idea about the intelligence of this very young and very healthy dog.

As shown, it is also good with little children.

By the way, this dog was in danger to become extinct,  not long ago. More about it at barkpost.com/discover/canaan-dog/

What about me and what am I up to now?

Traveling on an exciting multi-faceted island in company is what I enjoy greatly. Writing about it gives me great pleasure and fills my days.

Obviously I wish, my kids and grandchildren were not living so far away from me. However, working online makes me feel less alone and keeps me going . That's all about me for time being.