Imagine doing watersports Tenerife with colorful boats, as depicted below. Such rubber or plastic equipment can be hired on seashores by Playa de las Americas. Indeed, there is fun stuff for your kids as well as for you.

Otherwise, what are the best watersports on the biggest Canary Island? 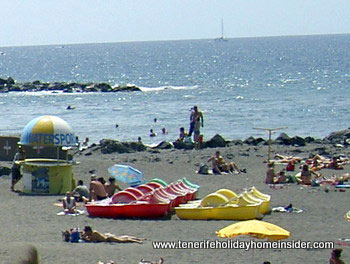 Surfing Tenerife at the Punta Brava beach of Playa Jardin with a coach is what the following short video of March 2019 is all about.

See to believe this amazing Arona wave machine by the following video. Get the feel of artificial wind surfing with thrills of a lifetime which are 'priceless'...

Waterball as a team sport in pools

Use nature pools for family or group amusement and play waterball...

In 2010, I was lucky to see part of a live Tenerife waterball match at the important national Puerto de la Cruz swimming club in Avenida Luis Lavaggi. The monthly membership fee used to be &euros 17. Unfortunately, its public pools were closed for maintenance on December 13, 2015. This national swimming center is next to Playa Jardin and Castillo San Felipe.

Notice the photographer by the number 12 signpost who was one of the camera men. They were busy shooting film cover for a Canary Islands Television channel. That shows that this watersport was popular, as there seems to be competition.

I can supply you a bigger photo, if you are interested.

The above shown club also offered water gymnastics to the public. They were almost as good as physiotherapy.

Hotel Turquesa of Puerto de la Cruz as well as the new Santa Rita old age home of Puerto Cruz at Ctra.Dehesas, 127, tel:922 389532 have similar water activities as well as a large Jacuzzi which all improve health. The Santa Rita membership cost € 45 for pensioners. Use of pools only was € 35 in 2014 but may be more now. 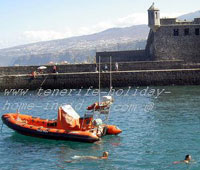 The big rubber boat surrounded by swimmers in the Puerto de la Cruz port which has a tiny gravel beach belongs to a good diving club which meets and departs at the Maritim Hotel at the end of the town.

See a list and information in Spanish about all Tenerife Scuba diving schools called Escuelas de Buceo at www.yumping.com/buceo/tenerife (Telephone 91 790 7909

Therefore, the rather professional version which belongs to extreme sports draws interesting,
international crowds of young people to this most thrilling of watersports. Your teenage children will love that.

In winter, not much in the way of water activities is going on at the outermost outcrop of Tenerife Island called Punta de Teno by Buenavista del Norte. However, that insider place is a water paradise for recreation during the height of summer. Then, swimming, Tenerife snorkeling and cayaking seem to be more than popular. 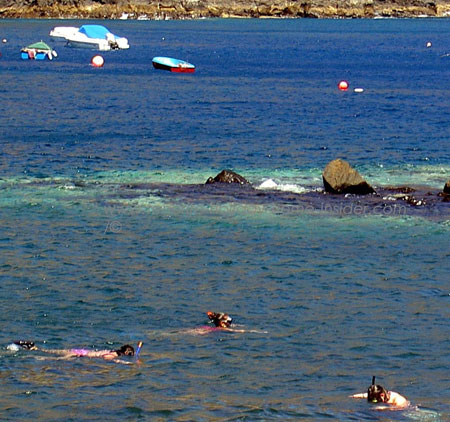 World windsurf championships were at El Medano from July 14 until July 20, 2011 but took place again in Fuerteventura in 2013

Puerto de la Cruz has a very interesting surfing alternative downtown by several good hotels. It's the beach with stunning ocean scenery for shooting surfing photos. It's ideal for those who still want to learn how to surf, except in autumn and spring, when the ocean may be too powerful. This shore has the advantage that it's next to the Lago Martianez where the rest of the family might prefer to stay.

The capital of Tenerife is tops for ship charter, such as hiring a sailing or motor boat or your own small cruiser. Do water sports with such vessels to your heart's content. Speed ski in this town or scuba dive there nearby.  Meantime, all the latter activities are also fun adventure sports to explore the ocean for singles as well as entire families.

And now to one of Tenerife watersports that has been practiced low key for much too long and which is sea kayaking. Discover all about ocean kayaking for adventure holidays by its shores which now is taking off big scale. Depicted beside is ocean kayak which serves for water fun at Punta de Teno.

Also, bring your own sailing yacht and leave it at the Los Gigantes Marina or even in Garachico.

The highly demanding sport of big game fishing is good off Los Gigantes. Best test this early in the day... 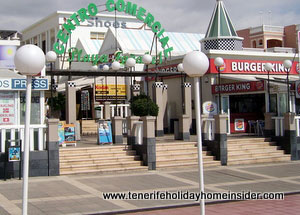 Looking for a watersports Tenerife club in the south? You find the watersports Center Costa Adeje at Playa Fañabe. The Center is near the beach Fanabe shopping complex.

You are allowed to swim on the open sea with some tours, trips or excursions which depart from Los Gigantes, Los Christianos or Playa Colon.  Swimming with Dolphins and Whales is strictly forbidden.

One of 4 world APNEA academies in Tenerife

The most recent APNEA addition was inaugurated in La Caleta in the presence of prominent representatives of the municipality of Adeje. APNEA strives for more health for all ages by coached marine watersports for swimming and diving. APNEA holds world championships, by the way.

Note that Garachico's port for water sports with yachts was inaugurated in spring 2012.

Curious about other sports of the biggest Canary Island ?

From watersports Tenerife back to Tenerife sports which even include those which were once part of indigenous Guanche competitions.