Most information online about Tenerife transport is about the local public bus services by Titsa. You already see their fully computerized green and white buses called Guaguas by the airports. However, there is so much more to mention than only shifting people and pets around on the island. 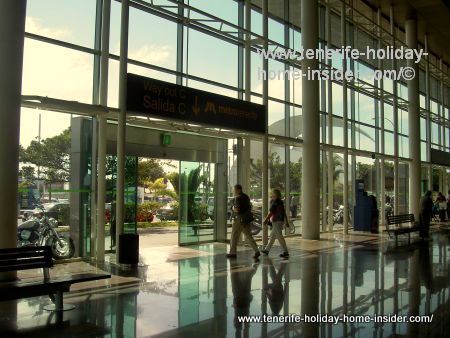 By the way, Puerto de la Cruz is finally getting its new Intercambiador which means a major bus station for important public commuting. Construction started in summer 2018 and was halfway up by March 2019. The old facility had become very unsafe due to unstable grounds. Nobody knows what will happen to the big, abandoned complex. 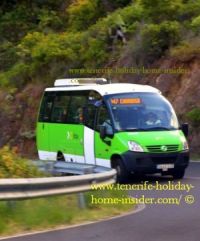 Those clean and modern vehicles even take people in wheelchairs into their cabins.  Bicycles and other large goods may be placed into a cargo hole. But you must tell the driver to open it for you before you leave the bus, otherwise he won't give you time to retrieve the luggage.

Wondering by the way, if the half size buses have the same possibilities for people that are not fully mobile.

I shall keep you posted.

Depicted below is a Tenerife tram, also called Travia or Metro. 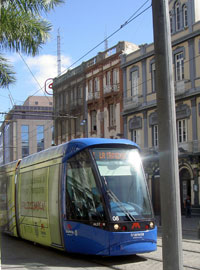 A Tenerife tram a Tranvia of XXI

It belongs to the same company like the Guaguas. This tram was introduced again as ultra modern version after about a century. As said before, no cash payment is possible with Tranvias.

This time it was meant to take much excess traffic off the road but it's still not sufficient.

All about Titsa transport, its airport services, its various payment systems and links to learn more about it with the latest and said to be the last discount card the Titsa Abono Senior 65

Airport transfer which may also be a shuttle

Tenerife taxis  where a price idea should be given prior to the ride when you aski 'Cuanto cuesta hasta Los Cristianos' for example or wherever you need to go.
It's not good enough to know distances or what price is normally charged for it, as drivers may mention a traffic jam or the like which might not be true because he would like to take a longer route. You can always check with your phone the following 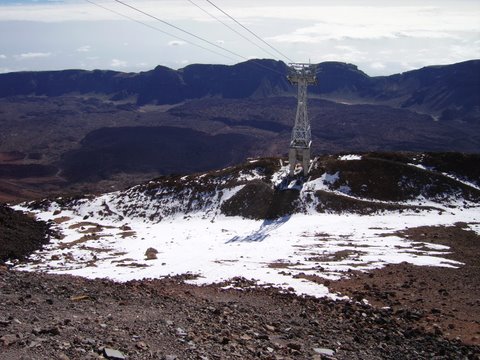 Get your free Teide online license by filling in a form

How locate a Grua transport company due to your parking traffic offense?

Advice about Grua car removals by scrolling down under Tenerife parking

Tenerife transport within its province of four islands

Binter Canarias carriers is an airline for people and goods for Tenerife Canary Island connections of La Gomera, El Hierro and La Palma as well as the other three islands outside the Tenerife province. 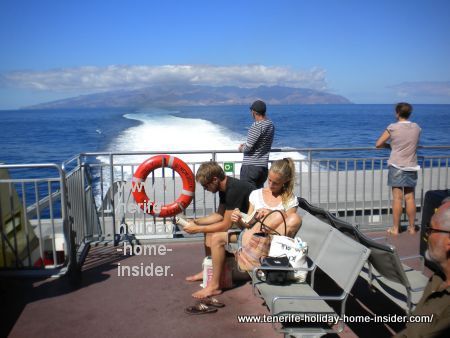 Tenerife transport, as depicted by small, but luxury Fred Olsen ferry on the way to La Gomera

A dream train transport and a compromise

Links to peculiar, historic and other Tenerife infrastructure transportation means

Below, not only what's cast in stone but the entire surviving building gives testimony that transport by buses existed on the biggest Canary Island as far back as 1888. 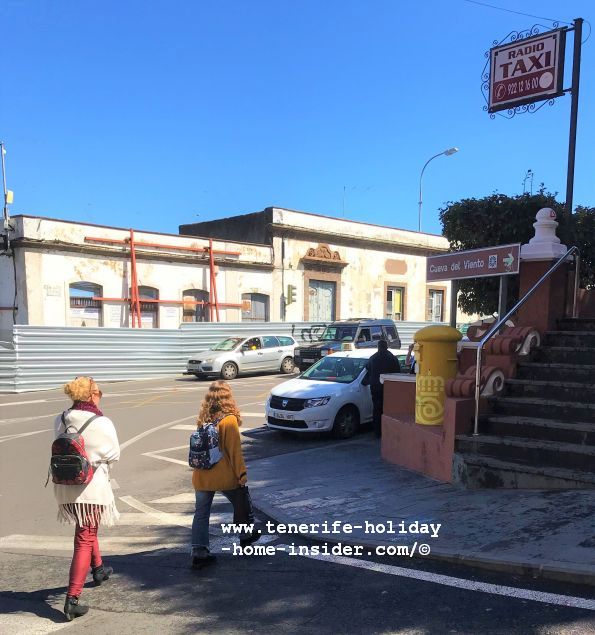 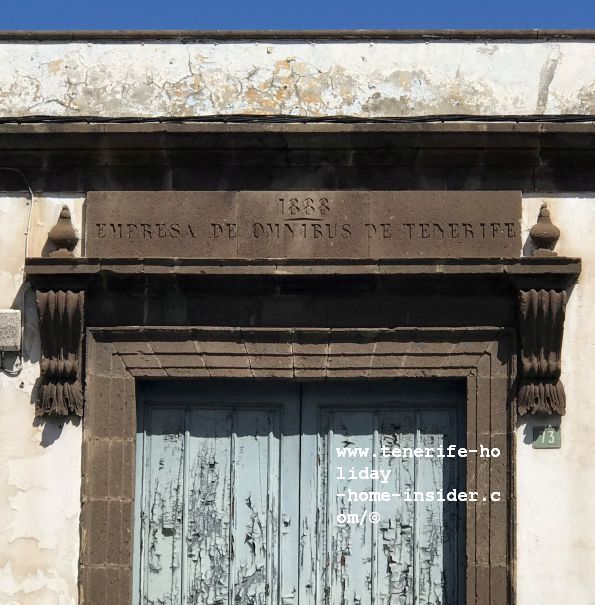 Tenerife Kings Highway for transport by mules and horses

Water transport on land and underground 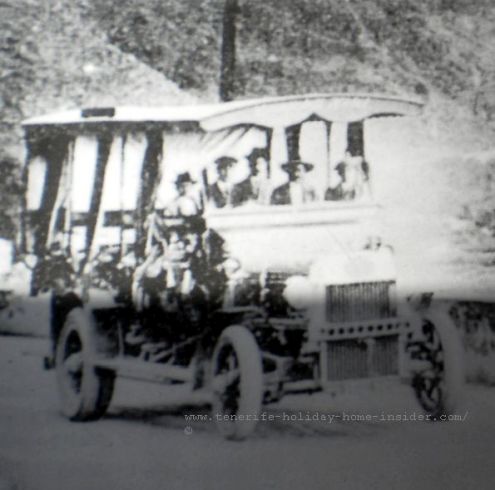 Tenerife transport nostalgia going back to the early XX

It's a long story and includes lovely antique photos of Tenerife's first and abandoned transport system at historiastren.blogspot.com/2014/01/el-antiquo-tranvia-de-tenerife

From Tenerife transport back to Homepage