From Tenerife transport with mules to vans and buses

Tenerife transport since the Guanche conquest went a long way. It started with boats and ships on the ocean. Mules and horses with or without carriages crossed the land which was often on the Kings highway called Camino Real. The most typical was how the Cochinero went about to get his merchandise all over the island. 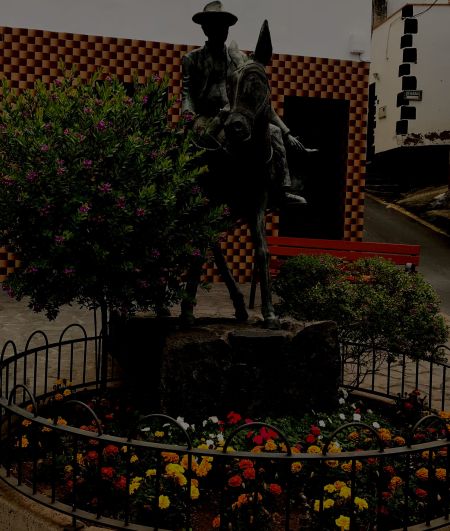 Tenerife transport memorial to the Cochineros of Icod El Alto, as of 2018. Their profession is now extinct.

The Cochineros of Icod el Alto

Our friend Modesto Mesa from Icod el Alto talks with much passion about a long gone era of his past.
His dad was one of few Cochineros which were traveling salesmen for live piglets.
They packed them into sturdy 'Cesta' baskets which flanked each side of a mule.

Needless to say, Modesto is now an avid island traveler on foot who seems to know every inch on mountain trails of Tenerife. 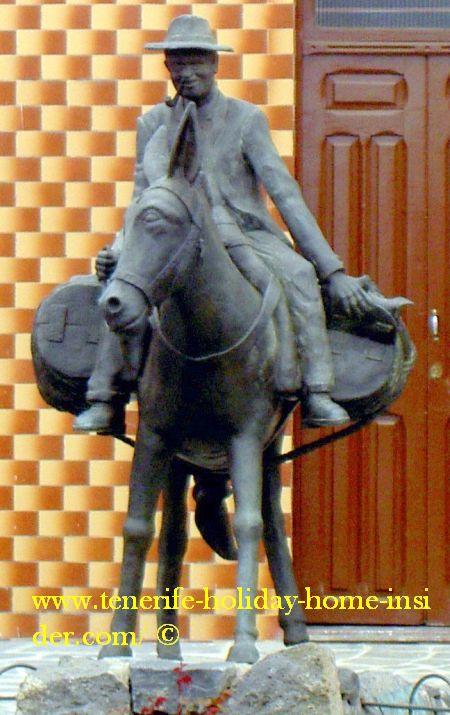 Tenerife transport by the Cochinero 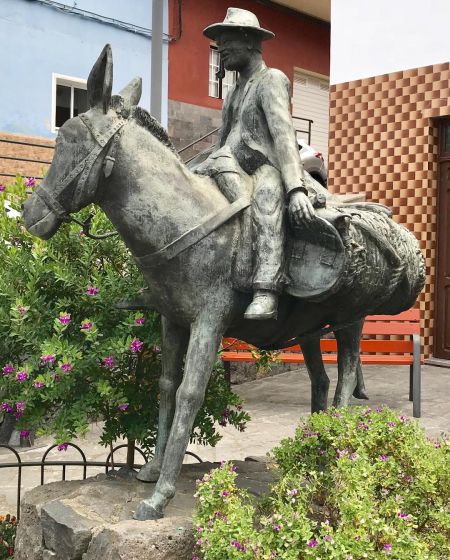 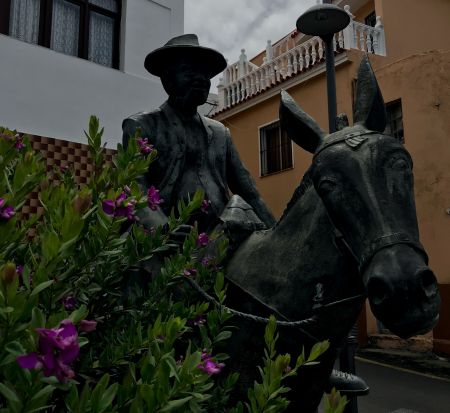 Then,  the piglet dealer climbed with his cargo animal up the Monte the mountain to take a shortcut across the Cañadas del Teide. Eventually,  he reached his base of customers who always expected his arrival eagerly. 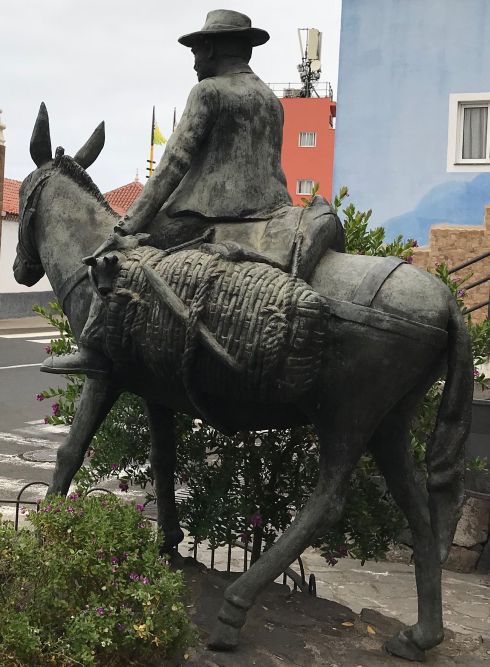 Look at the tiny piglet head by the front of the basket, as noticed in 2018.

The journey was hard and cumbersome for both men and beast. No location was remote enough for this profession on muleback which is now extinct. The cochineros went just about everywhere on Tenerife, such as Vilaflor, Valle de Arriba of Santiago del Teide and even further than Taganana in the Anaga Massif.

From Tenerife transport with mules to motorcars

The last Cochinero delivered his live cargo with a van after he had returned from Venezuela. Now, the live piglet sale profession by men on muleback has died out. Mules have become a very rare means of transport. You may still see some on mainland Spain but rarely on Tenerife or Gran Canaria.

Roads and freeways for Tenerife transport

Many roadways including the legendary one of 1996 to the mountain village Masca were built last century.  The European Union is much to be thanked for in this context.
Now, multi-lane motorways and  according better infrastructure  very much benefit tourism of locals and foreigners alike.

What about transport with buses?

Animals are not allowed on Titsa buses except tiny ones in cages or the like such as dog or cat pets with the exception being guide dogs. 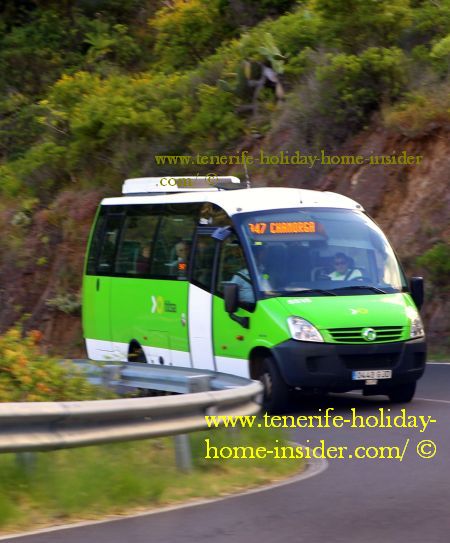 In XXI more and more modern Titsa vehicles for wheelchair access were introduced to the puplic fleet.
Otherwise, the new Cabildo President wants to treat the entire Tenerife South like a mega-city with superb bus services. More about it at the end of this article.

Titsa came into being in 1978. It wasn't always managed by the Cabildo the Tenerife Government but, is so lately. New changes are under way, again. Most probably, Titsa has more manpower than a total of 1500 people now.  Staff in offices have diminished because of computers. However, more and more drivers are employed both male and female. They already served 50 million people up to 2007.

Train commuting of the Tenerife past

A tramway existed once between Tacoronte and the capital via La Laguna. It was in operation from 1901 until 1956.
People lost interest in it after cars became all the rage. However, a growing population, tourism and congested roads would  demand alternative transport a few decades later.

Its inauguration was on June 02 of 2007 from the Tenerife capital to near Los Rodeos airport. This train system has free WiFi. You can only pay with Tenmas which is one option with Tenerife Guagua payment or via a mobile phone.  More about paying for your public bus transport here.

As not to forget... There was much in the Media, a few years ago about a super fast intercity train for Tenerife. It would have been faster than the latest that is run in Japan. I shall keep you posted.

16 new bus lines for Tenerife South from July 24, 2015 onward. They will be mostly for the South hospital and for the airport.