La Orotava Tenerife of today is a town as well as a municipality of an alluring past that dates back to the early XVI. This was the time after the Adelantado de Lugo and his men on horseback had conquered the island's Guanches in 1496.  They were a people who may have come there from the North African Berber mountains, hardly more than 2500 years ago. They can still be traced in the female genes of modern Tinerfeños, such as by the descendants of the long gone Princess Dacil from Araotava or Arautapala. 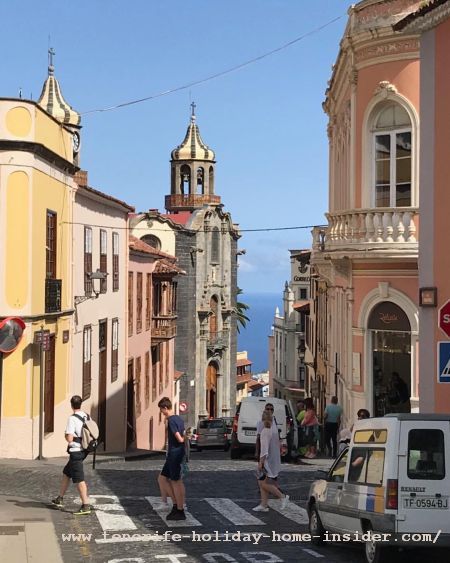 La Orotava Tenerife portrayed by an intersection in its old quarters with its many steep, cobbled streets with elegant two-story houses

Today, the roughly 41000 inhabitants of the recent Orotava have adapted gracefully with much community spirit to its history, art and traditions.

Orotava, blessed with an abundance of water

La Orotava's cradle is at the Caldera of Aguamansa that continues to deliver part of its life blood its water. It has remained an important part of infrastructure for man, beast and agriculture. Only its importance for the ancient waterwheels has changed. Now the remaining two Gofio mills of the previous 23 Molinos use electricity instead of the traditional hydrolic power.

Scroll up on the map in direction of the mountains where Aguamansa's forests and springs of the Corona Forestal are found at a height of about 1200m above sea level.

Alexander von Humboldt called the Orotava Valley the most beautiful of the world. Drive down to it from the East at night. Breathtaking slopes on the foot of forests below Spain's highest peak the sleeping volcano sparkle like thousands of dancing diamonds as far as the coast that's called the Rincón. 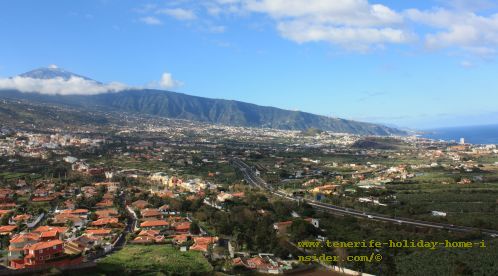 The Orotava Valley from the Mirador Humboldt Lookout, as partly depicted with various shades of green from Banana plantations to vineyards, while red clay shingles and Teide set accents.

More about this Humboldt look-out

Mighty Mount Teide Spain's tallest peak a Strato Volcano with its 3718m which belongs to the Orotava municipality is still above this humble  Catholic temple of worship that's depicted below. 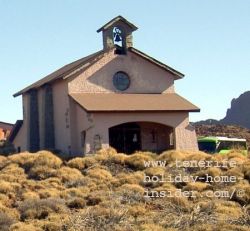 This Orotava church at 7000feet or 2133.6m above the sea is highest located in the Canary Islands and Spain while Hotel El Parador de Teide flanks it

Indeed, La Orotava is said to be a town of extraordinary churches, one of which may set a world record to be located in a most rare altitude.

The Portillo gateway to Teide

Homeage to the body of Christ in Orotava

La Orotava Tenerife art at its best as a world leader 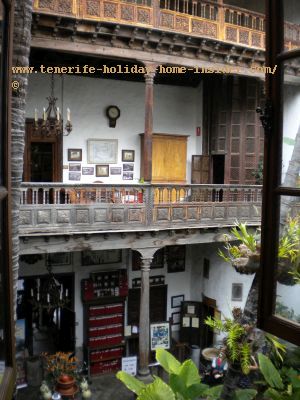 The must see of Tenerife Canary Islands Spain

That's the famous Casa de los Balcones balconies where never a drop of varnish or paint spoiled their hardy, indigenous TEA-pine timber. They date back to  one of most influential aristocrat families of the island. Today, Canary Island products are sold there and it houses one of the rare museums of Tenerife. 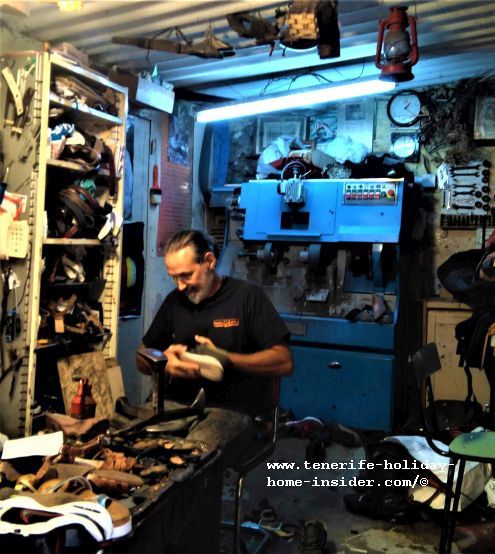 A cobbler of La Orotava of ancient traditions just like in 1830 or earlier, except for the blue machinery in the back

A Tenerife cobbler on Plaza de San Francisco, as he repairs a shoe with a three footed tool. This is one of the customs of yore just like Orotava and Realejos  Romeria festivals with their amazing folklore

San Antonio one of 28 Orotava communities(villages) 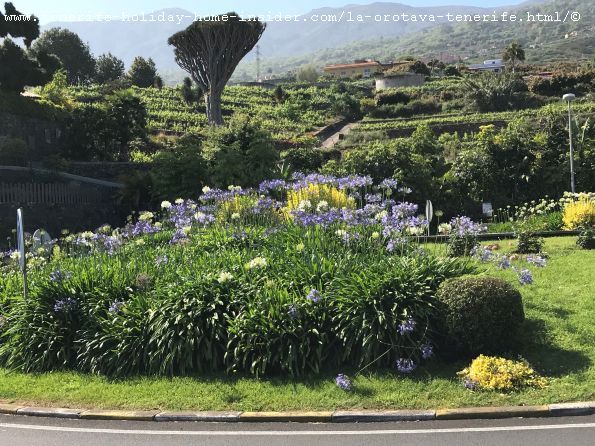 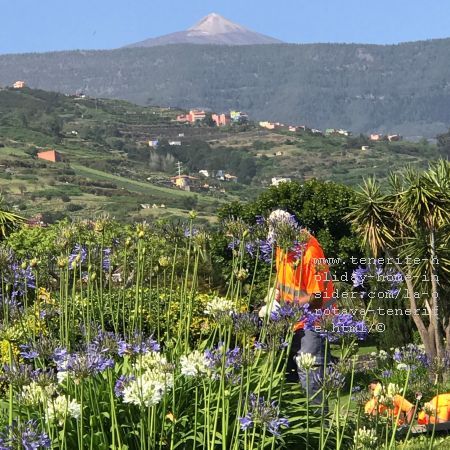 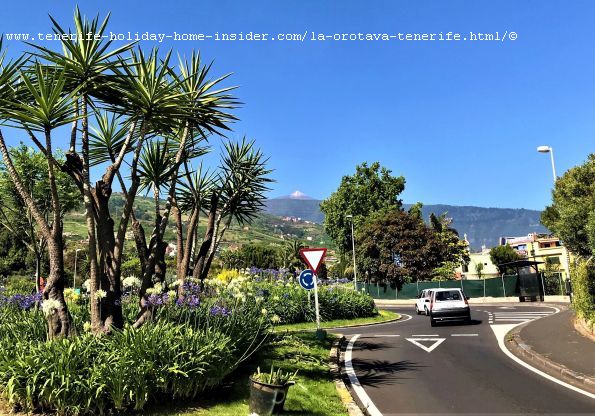 This pristine country of the Orotava Valley delivers some of the wine of Origin Tacoronte Acentejo, several bodegas of which are found by the slopes of San Antonio and nearby La Perdoma.

Christmas pictures many of which in Orotava

From La Orotava Tenerife back to Tenerife towns

The Facebook Page I love la Orotava, as not to miss any events here