Much more than Pinolere craft shopping at its fair. 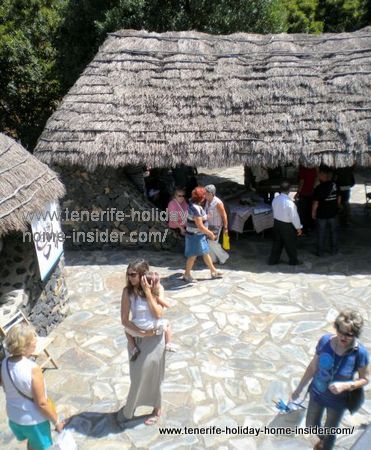 Pinolere during craft fair 2015
The Pinolere crafts market with workshops of three days takes place at the end of summer. It's an important national fair of the Canary Islands. It is located in most unusual, multi level surroundings in a spacious i>ethnographic park( Tel: 0034 + 922 336733 and 922 222678). .

Its countryside halfway up from the famous Corona Forestal and the Caldera of Aguamansa is more than often a lush green jewel under blue skies. 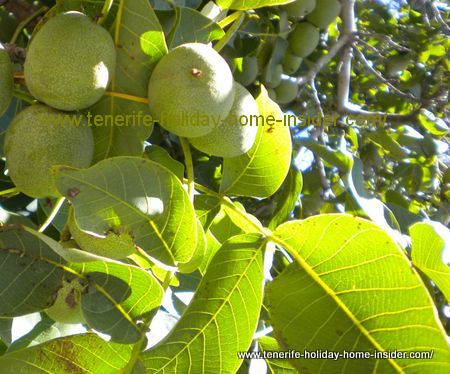 Trees with Walnuts at Orotava fair 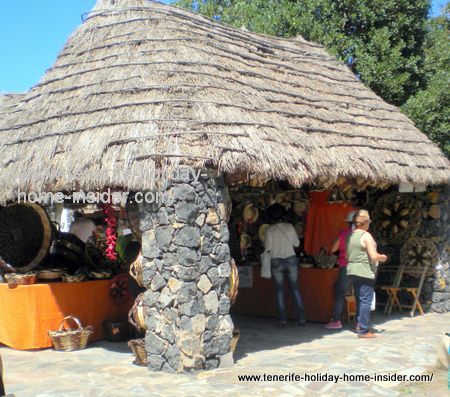 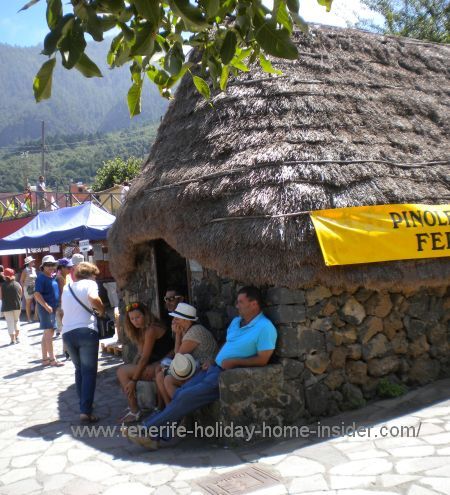 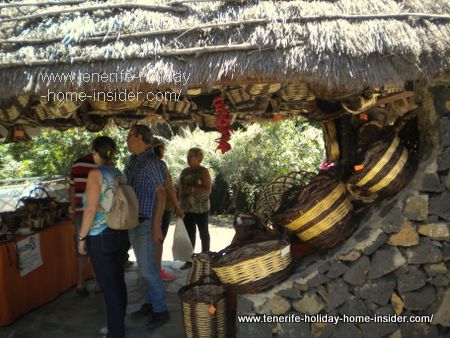 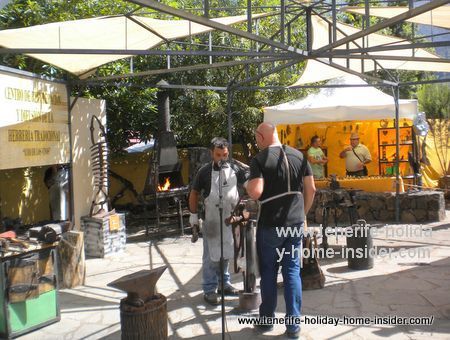 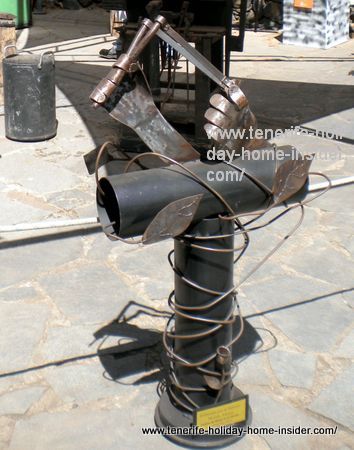 Metal art made of iron by Moises Afonso

Click photo for the article of the Afonso metal art of a Cabeza de Gallo flower for a Tenerife town. Photo courtesy of its Town Hall. 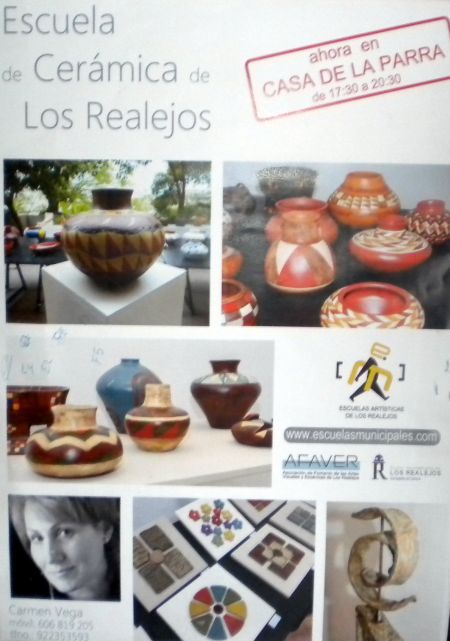 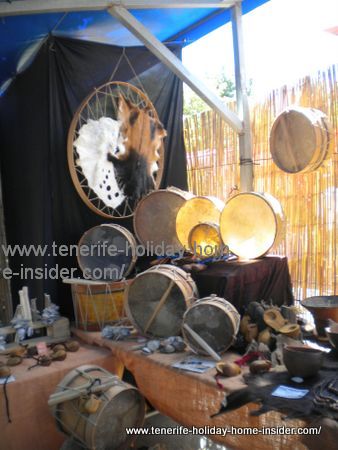 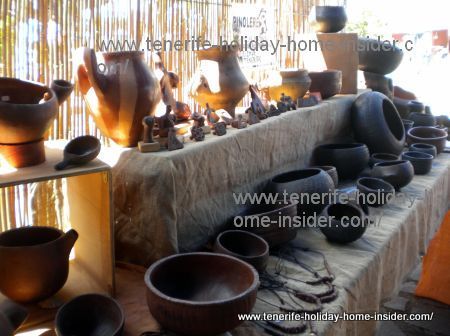 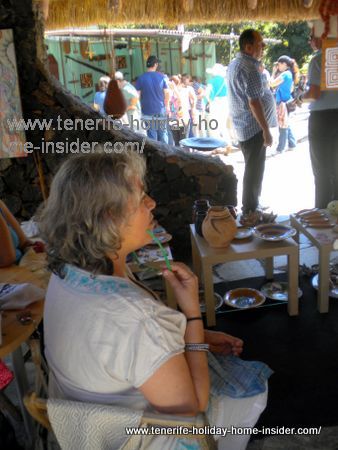 A potter at the craft fair 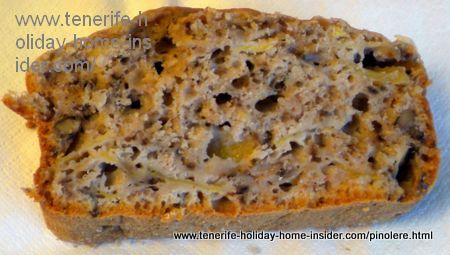 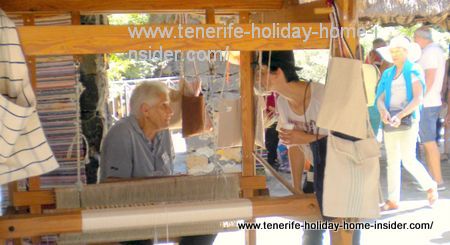 Tacoa surf beers for surfers made in Tenerife. 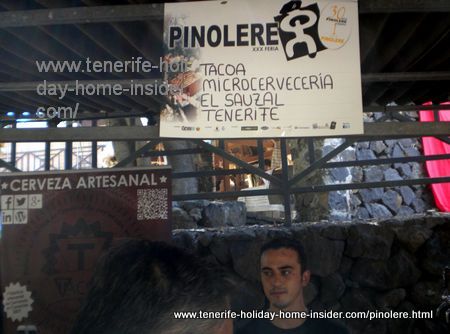 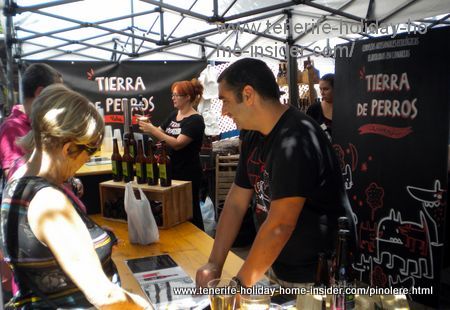 Vegan beer stall for Ales of different size and price at the rural Orotava craft fair. 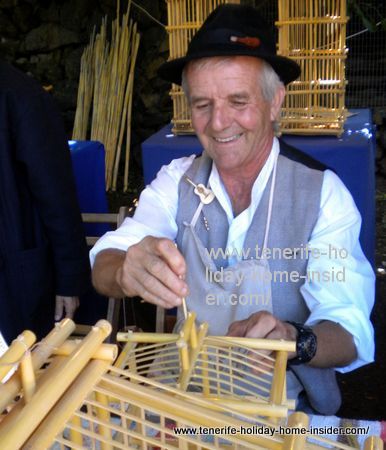 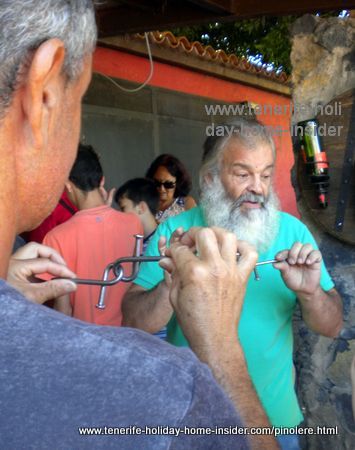 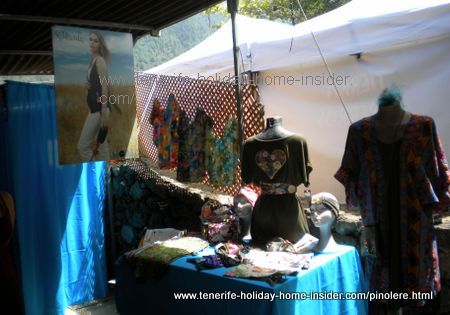 A Manita Modista made to measure 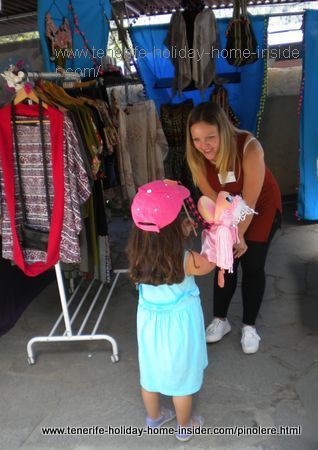 A Manita stall with a child customer 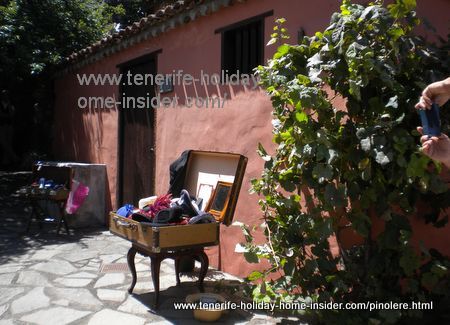 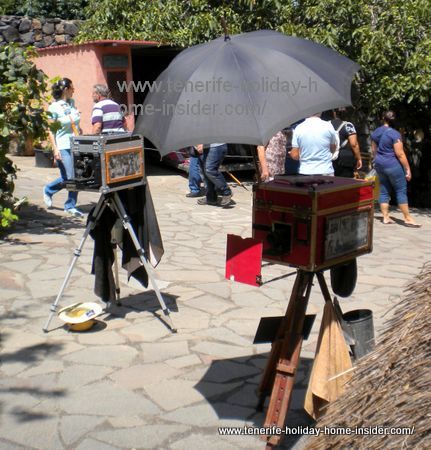 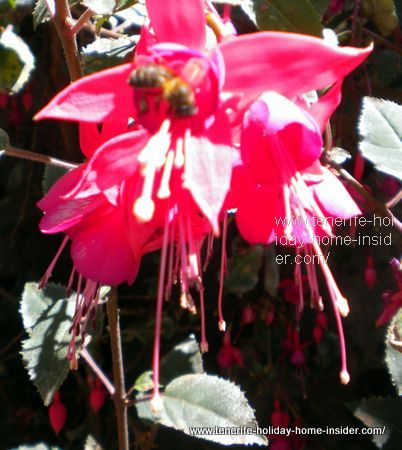 A Tenerife bee and a Fuchsia 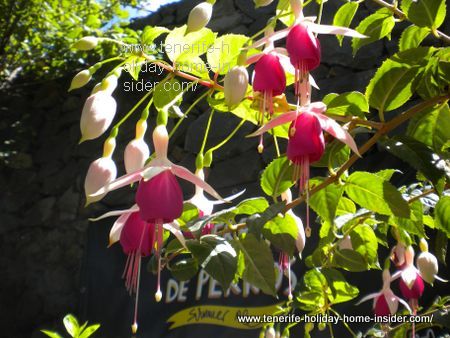 How get to Pinolere of La Orotava?

I ignored the shuttle bus. Instead, I walked for more than half an hour uphill from the 345 Tista bus stop (catch it in Puerto Cruz or Orotava) The road leaves little space for pedestrians and utmost care must be taken with traffic in two directions.

The roadside reward to track to the fairgrounds 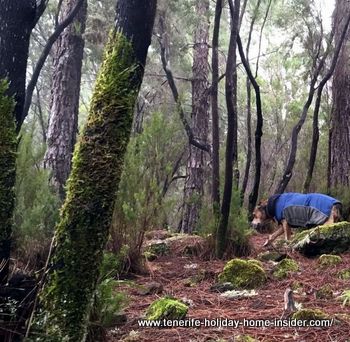 Wondering about the economic side of the fair

Mostly locals bought cheese, bread and pastries. Some men purchased novelty beers, while some tourists went for crafts. However, the exhibitors need to sell so much more. The fair is highly interesting, but most seem to see it above all as a large exhibition center for Canary Island traditional crafts and novelties. It certainly is a fantastic location for a family outing with fun for any age. Lets hope that the expected 30000 visitors and the sunny period of the 2015 event made a difference with the expenses of the 3 day fair.

From Pinolere back to Shopping in Tenerife