Craftworks in Tenerife North have made the news more than once in 2014. 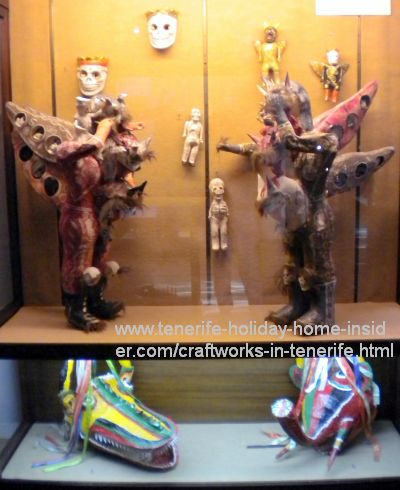 A friend of mine who is a designer and artist and I took a closer look at the Ranilla crafts center in November 2014.

What is different about this new La Ranilla Espacio Artesano? 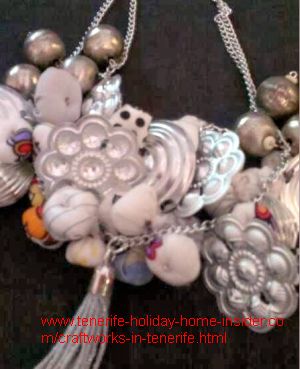 Craftworks in Tenerife in form of custom jewels
In fact, this highly efficient platform at la Ranilla which represents craftworks in Tenerife,, such has the handmade jewels depicted beside has almost become a brand in a very short time. Also, it is by now virtually synonymous with the old quarters of Puerto de la Cruz by the same name.

The address of the crafts place

What's inside comes as a total surprise, as it's on a more individual and artistic level than the usual hand made things that are on offer on the island. 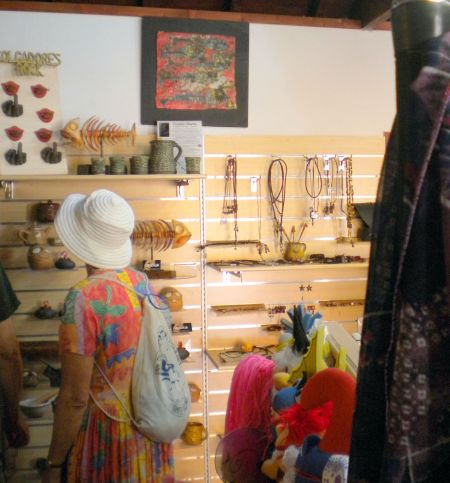 Important to note is that it doesn't copy the traditional Tenerife handicrafts. Therefor, it's not a competing threat in that sense.

How are sales by the Ranilla craftworks in Tenerife handled? 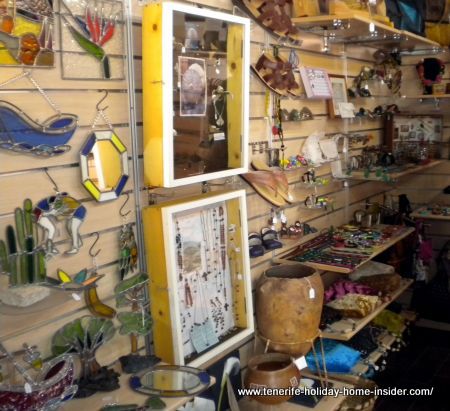 Shop display
Every producer of the shop display of the craftworks in Tenerife has its own nook that is carefully chosen by the store organizers. Nothing there is bought to be exhibited. What isn't purchased by the public is returned to its makers before new exhibitors arrive.

A co-operation in every sense

What do you find at this small exhibition space La Ranilla?

You never encounter the same craftworks at Calle Mequinez no.59 month by month. That's why residents or visitors from abroad are encouraged to return every four weeks or every time they visit Tenerife.

Examples of items on the Ranilla shop's shelves 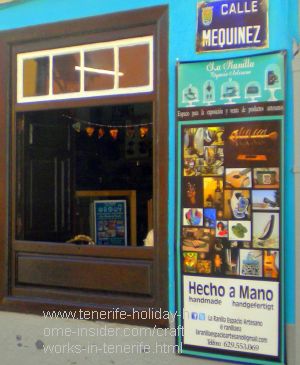 Then the Ranilla workshops called 'talleres' in Spanish and even its life style are for you to explore.

Ranilla handicrafts with its rotated treasures

Their shop's display space is very restricted. Producers put their names onto a waiting list to exhibit there. Only works of good standard are excepted. Several persons run the business of La Ranilla Espacio Artesano and take turns. 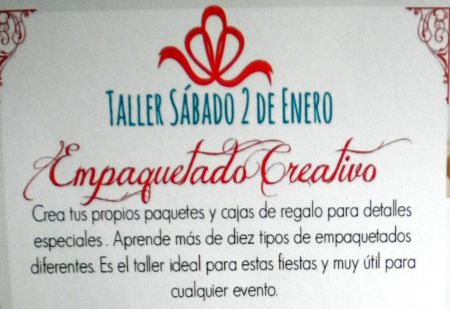 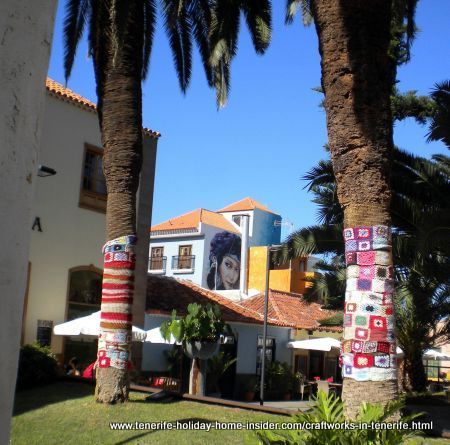 All Tenerife events in C/Mequinez are organized by the Mayor's town hall together with the craft shop La Ranilla.

Encounter other events by Tenerife Christmas markets and entertainment.

Craftworks in Tenerife of sacred art. 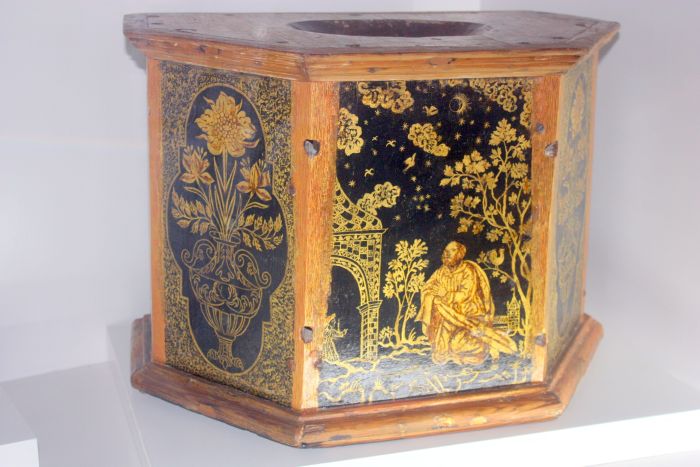 Not to be missed are most precious things of a totally different nature. Admire them as exquisite embroidered garments, metal and carpentry works, paintings, sculptures and more. Where? At the  Puerto de la Cruz Museo de Arte Sacral of the church of Nuestra Señora de la Peña Francia by Calle Quintana.