20 top Tenerife towns and settlements which stand out

Depicted below are parts of three Tenerife towns which are also municipalities within the Orotava valley. Then, there are Tenerife's biggest towns which look like a single one already. Click the photos to enlarge them... 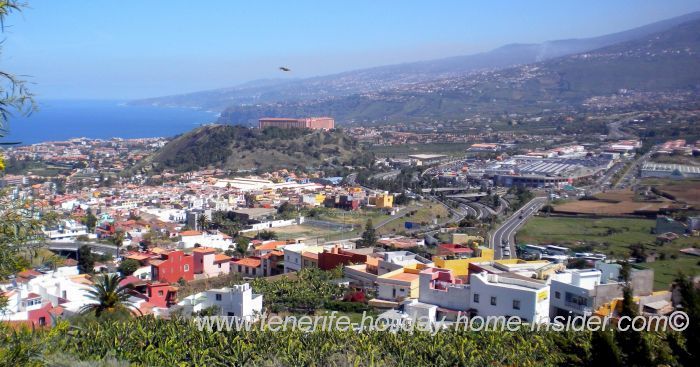 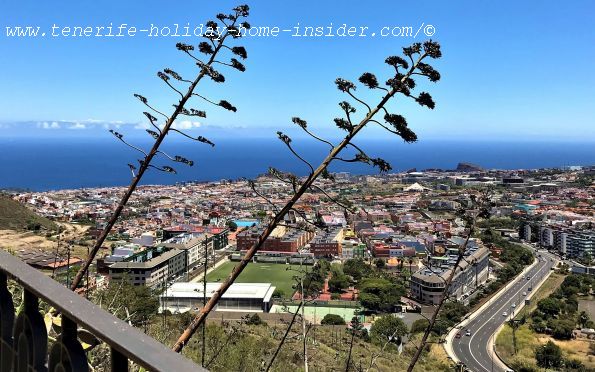 The three settlements which have virtually grown together don't reach a total population of 100 000 inhabitants. They are Los Realejos in the foreground with La Orotava behind and Puerto de la Cruz to the left. More such regions exist on the island. However, all their cities want to be politically on their own. Sometimes they share something, such as a communal High Court,  though. It could also be the denomination of a wine area, as is the case with Vinos de Acentejo. 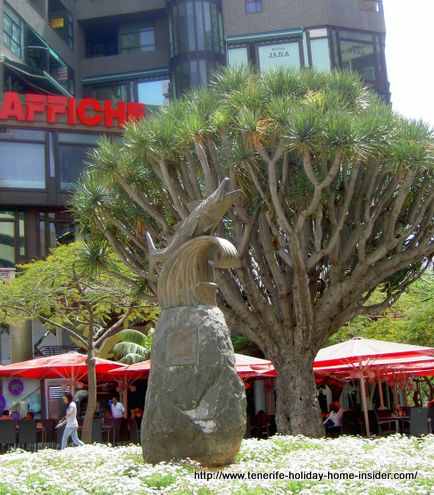 Santa Cruz de Tenerife the Capital with the biggest oil refinery of Spain. 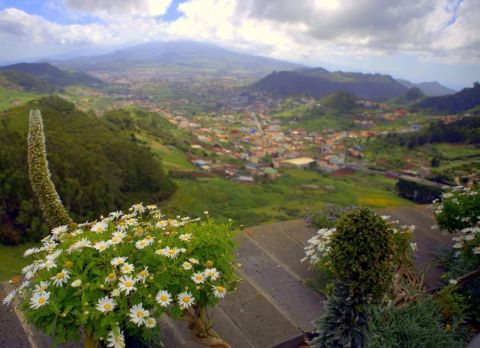 Parts of San Cristóbal de La Laguna seen from the TF12 motorway above with Mount Teide on the horizon.

This is Tenerife's as well as the Canary Islands' most historic town.  It could rival Wales of the UK in size together with its surrounding country side.  Its Spanish traditions must be seen to be believed. It offers top university studies for many fields. There, volcanology and geology are most important. 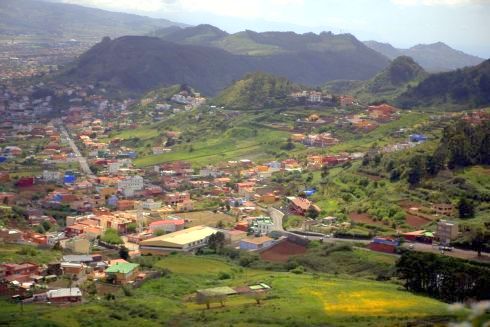 La Laguna from a road by Mercedes forest. 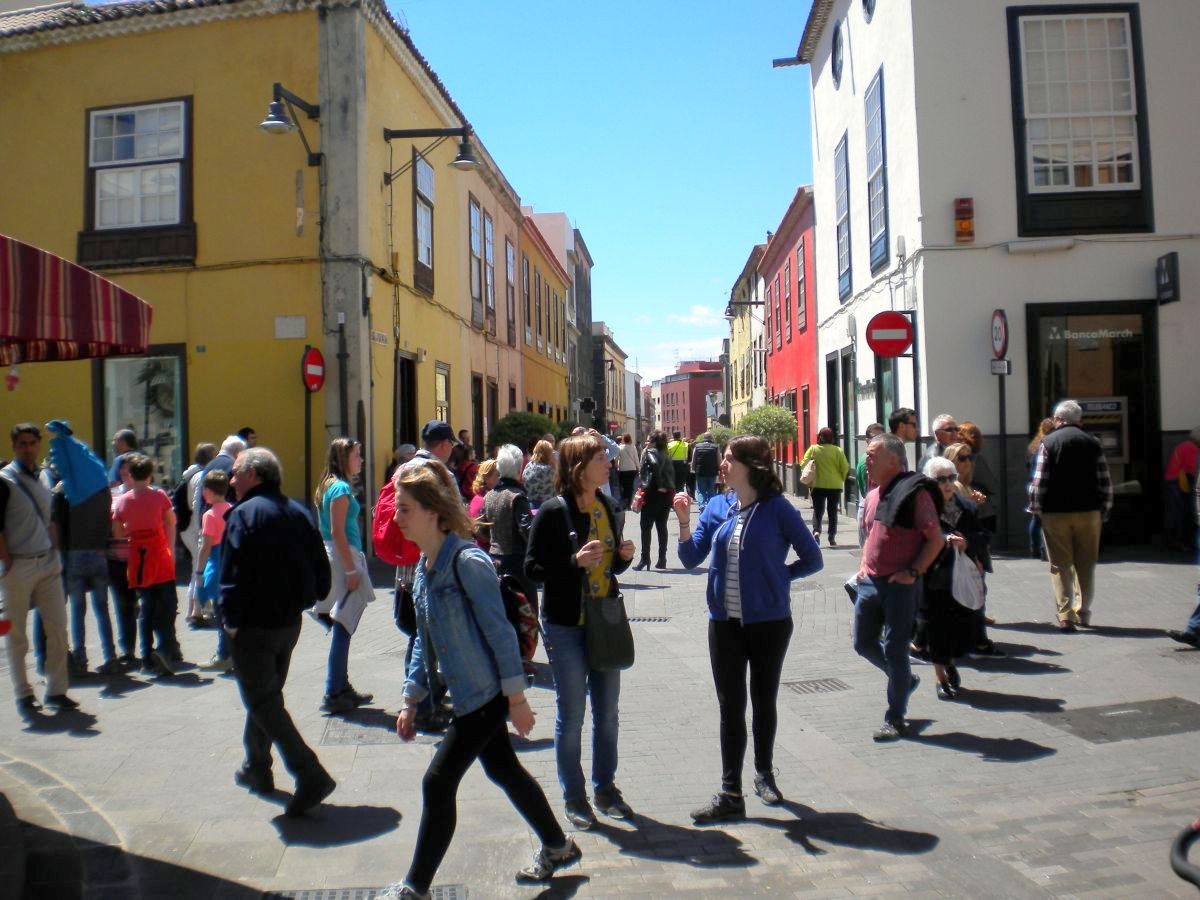 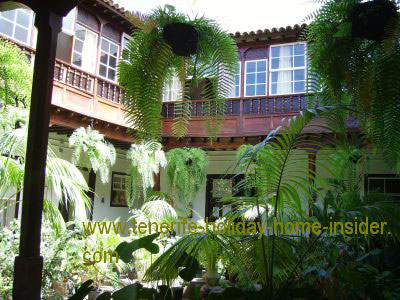 La Laguna is also a good place for  romantic vacations in Tenerife.

Tenerife El Sauzal another town in the green North was nominated the cleanest settlement of Tenerife Island by 2012.

Tacoronte the town with the saint that hasn't been acknowledged yet by the Vatican. 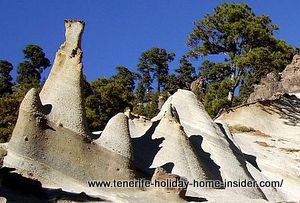 Vilaflor the  highest located village which outgrew its category in all provinces of Spain.

Los Realejos has the oldest Tenerife church, albeit rebuilt because of fire. The town played the biggest socio political role to pacify the conquered Guanche natives. More about  the town which is next to Puerto de la Cruz  and which became a leader for top Tenerife culture and sports. 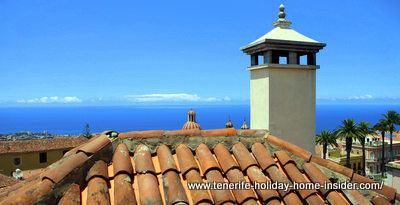 La Orotava Tenerife  with its most elegant old quarters doesn't only have the biggest volcanic Teide sand carpet of Corpus Christi and flower carpet festival. It is a town of more superlatives, indeed.  It is also the Tenerife town with the most amazing Canary houses with Spanish roof tiles.

Santa Ursula the town with most Tenerife Guachinches, except its adjoing modern La Quinta which both are right beside the island's paradise country photos of which speak for themselves. 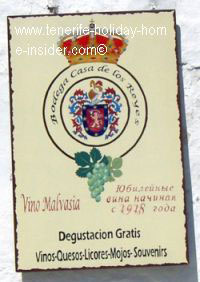 Icod de los Vinos doesn't only have the biggest and oldest dragon tree of Tenerife island. It also has the 18km Cueva del Viento the longest, tubular Volcanic cave of Europe. It became one of the most extended mausoleums for skeletons of giant rats and lizards which are extinct. The geological and biological value of the cave is highly applauded by scientists. Icod de los Vinos is also the most historical wine town because of Tenerife's most renown wine called Malvasia.

That's the town where the most crazy Canary island cigars are made by hand. It is also the place which has lost most material values in Tenerife history because of a catastrophic volcanic eruption, fires, floods and epidemics. Discover Tenerife photos of romantic  images of Garachico by night. 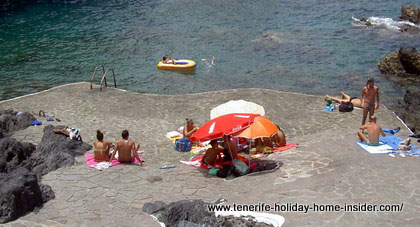 The  town by the giant cliffs which are the steepest of the European union is by the oldest Tenerife region the Teno Massif. This contributes to the best island climate, as it is warm and dry.

Masca is the European Union's smallest  mountain village with tropical climate all year round.

Candelaria is biggest pilgrimage destination of all Canary Islands where most Guanche heritage is also celebrated.

Los Silos Tenerife town of values by the Isla Baja 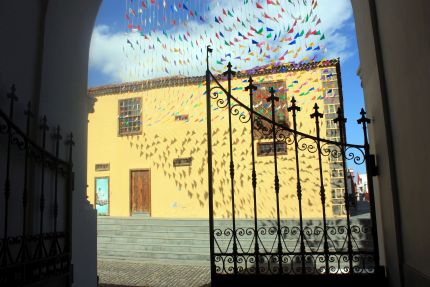 Tenerife Arona which is said to shelter most millionaires on the biggest Canary Island.

It also has the world best water park according Trip advisor.

Costa Adeje  of Tenerife towns the town by Barranco del infierno the most daring Tenerife adventure track  is also  a settlement of Guanche origin which has become one of most popular holiday destinations with huge golf courses. 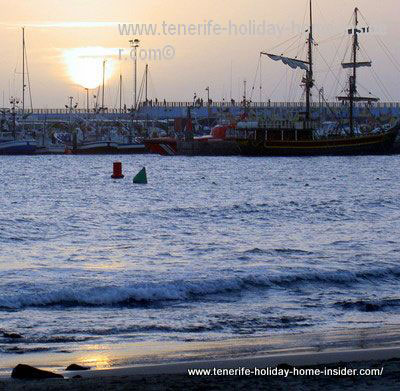 Los Christianos at night with harbor on the horizon

The seven km beach promenade which is totally wheelchair friendly is said to be the longest in Europe puts Los Cristianos firmly onto the European map.

El Medano the most Bohemian place on Tenerife and with the longest beaches  with their boardwalk promenade and biggest stretch of golden sand all along the shores and beyond Montaña Roja. 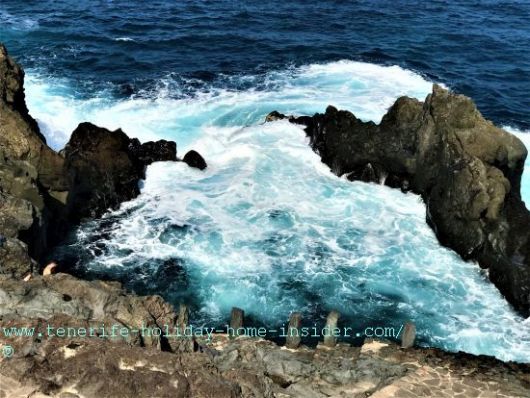 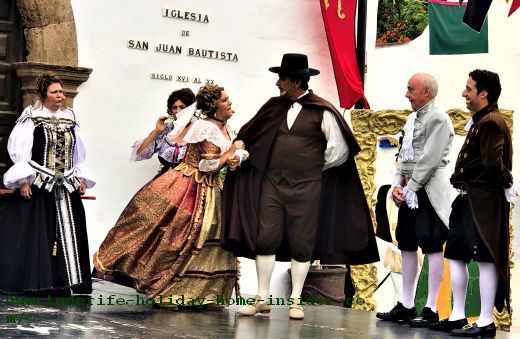 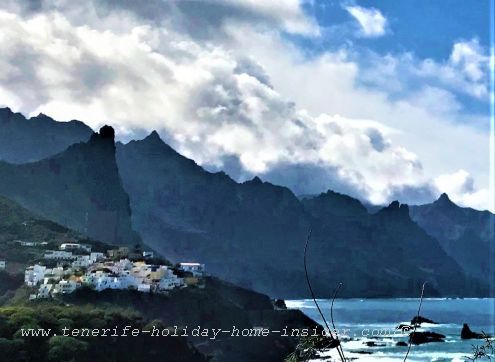 Delightful Taganana fairytale hamlet by the sea of the only Tenerife town with several idyllic hamlets spread about for great walks, wine, and seafood 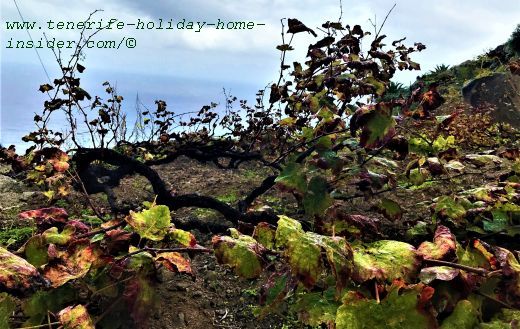