Tenerife El Sauzal is a town and a municipality on the north West Coast of Tenerife.

It's proud to hold the denomination of origin (DO) Tacoronte Acentejo for its wines together with Tacoronte and La Matanza de Acentejo.

Much of El Sauzal is rural where white grapes grow to an altitude of 1000 feet above the sea. 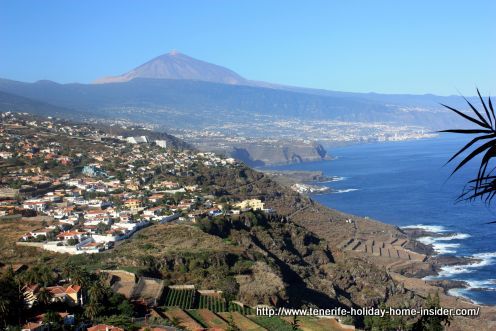 Its region is flanked by Mount Teide as well as by a steeply descending green and sun kissed Atlantic West Coast near Punta del Sol.

A wonderful Rambla hiking path Las Breñas exists on its coast besides good Senderos to walk its forests.

El Sauzal is said to be the cleanest Tenerife metropolis thanks to its rigorous and progressive town hall management in Calle Constitución, 3 Tel:922 570000 with  PC 38360. 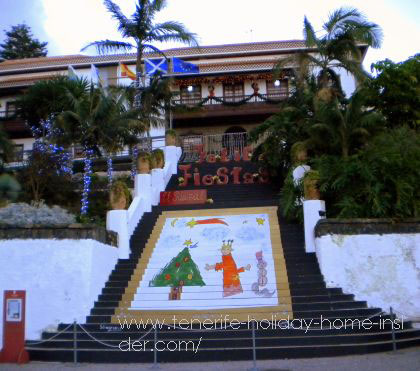 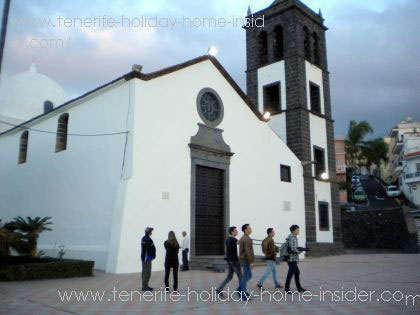 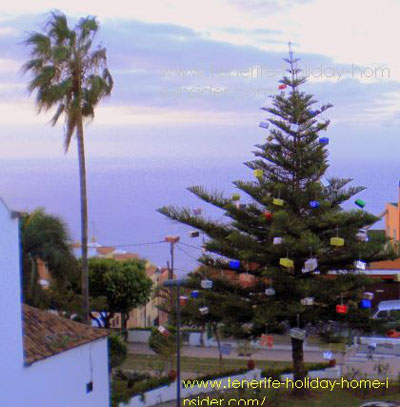 Public Christmas tree
A tall Pine Christmas tree is not to be missed behind Saint Peter Church between December and January 13. Gift parcels in all colors swing merrily from its branches.

Culture with music, dance and exhibitions play a big role during the festive season around Christmas in this rural town of Northwest Tenerife. 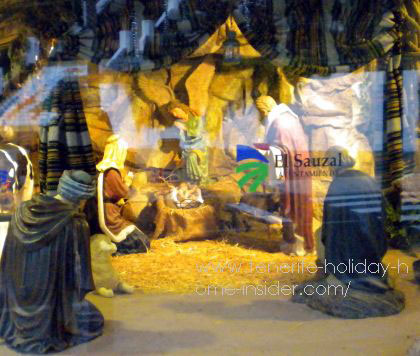 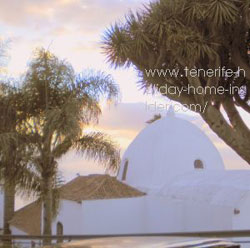 The sun is just about setting behind this well restored house of God with its most unusual roof and tower combination in El Sauzal.

Its brilliant white Spartan Persian dome contrasts with the red clay tiles of its Spanish roofs on lower levels.

It may also remind a mosque in Oman, Northern Africa or Iranian Eastern constructions.

Getting to Tenerife El Sauzal

Take the exit 21 from the northern freeway TF5 to reach the town hub. 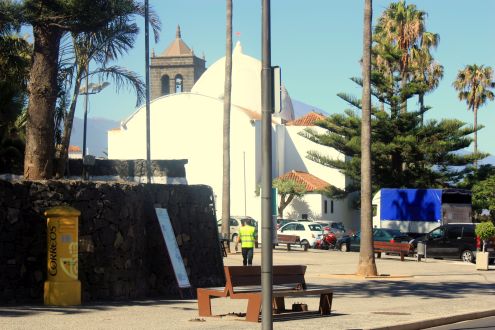 Titsa bus stop to get to Tacoronte and La Laguna by the bench below the town hall. 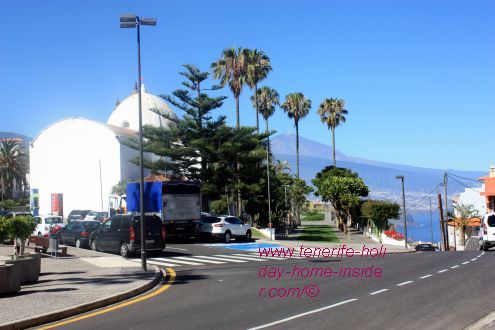 Saint Peter Church place toward Carretera Los Angeles to the right and Avda.Inmaculata Concepcion to the left.

Iglesia San Pedro Apostol Park seen from Rico Rico Bar.
Here is the Adress where this El Sauzal celebrity may have lived 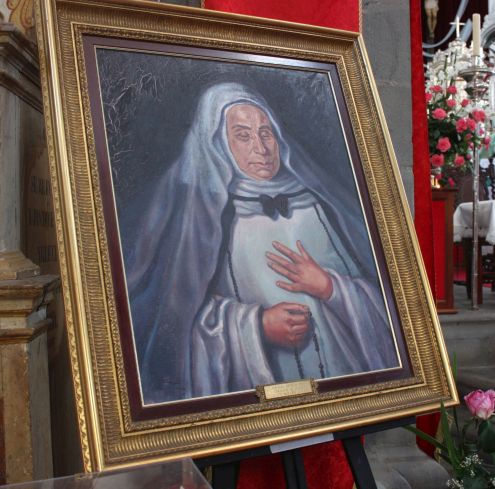 Short Tenerife discovery tours where El Sauzal of Tenerife has more to offer.

From Tenerife El Sauzal back to Tenerife towns