The term Tenerife attractions Carnival as number 1 for many means sightseeing, entertainment and activities. That's for foreigners as well as for residents on the biggest Canary Island. 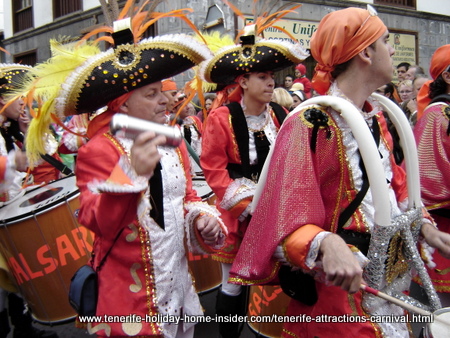 That's the band Bloko del Valle. It now performs at every event of the island and often abroad. It was closing the Carnival of Tenerife over the course of many hours. They had 200 musicians, although they only had 100 drums. Brazil will supply the rest for 2017. Its drummers took part in the Mueca 2016 with 100 players. Following is a glimpse of its carnival show.

Running up in popularity are the following five sensational parks 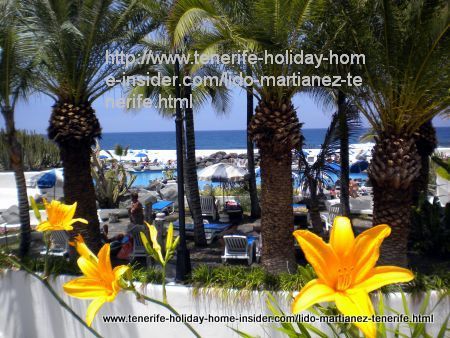 Obviously, there are no bigger Tenerife attractions than the fun and immense health benefit of walking for millions of Germans who've spent entire winters on the island for decades while resting their tired legs in a holiday home in Tenerife.

Events and permanent culture of Tenerife

Always ask at a town's tourism office about up coming Romerias (folk festivals) or folk music events or check in TV Canarias for Bodega de Julian...

Unfortunately, this attraction of 13 years has been closed. Why? The behavior of tourists and locals has changed. More about it was revealed by the Spanish Media here 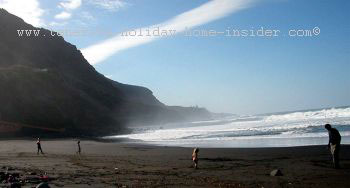 Off the beaten track is drawing more and more people 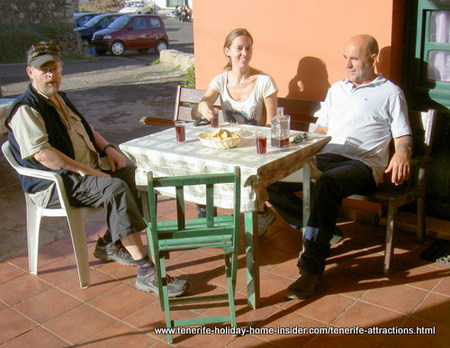 Teno Alto Bar Tenerife
The high altitude of Teno Alto is ideal to get away from all stress, as the photo depicts. The porch of a unique country bar which is also a shop is perfect for sampling best home made cheese and wine. Just around the corner is pristine goat and sheep country where you can walk for miles and see as far as the Island La Gomera.

Puerto de la Cruz the most attractive resort of the past

Punta Brava a most intriguing overlooked fishing hamlet of Puerto de la Cruz which is typical for its region where much varnish is gone but where the charm lives on. 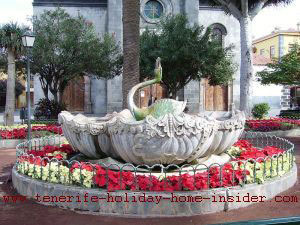 Many works by Julio Neto are found in the streets of Tenerife towns. 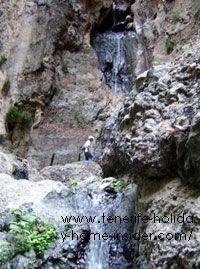 Tenerife attractions of parks and gardens 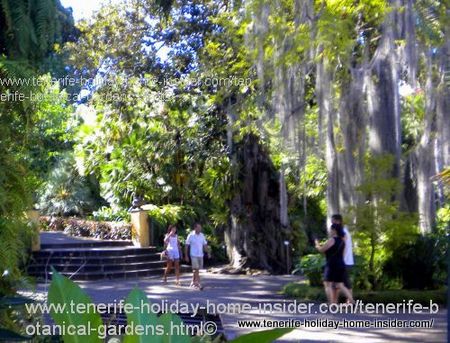 Tenerife attractions of most popular things to do 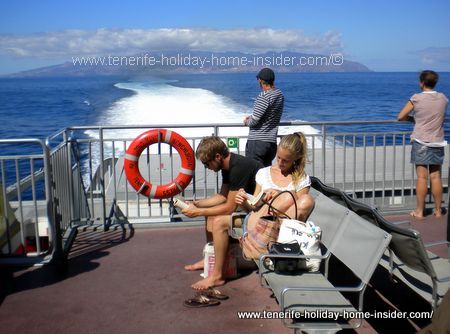 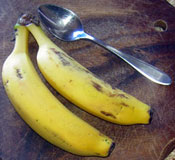 What turns bananas into attractions?

of the serene and 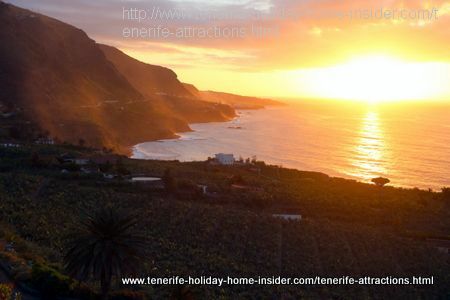 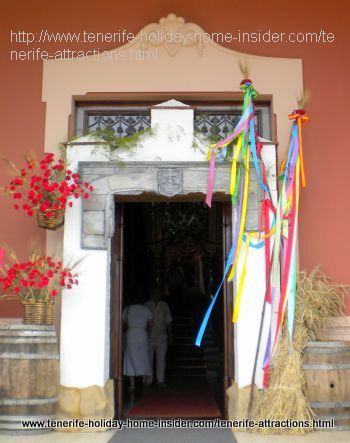 The mother town of Puerto de la Cruz which I discovered when visiting a townhouse in la Orotava in the old quarters is a photo shot drawer of Tenerife in its own right.

Meson Monasterio by Montaneta of the monks

The most attractive gardens with restaurants, farm animals and Tenerife champagne breakfast. 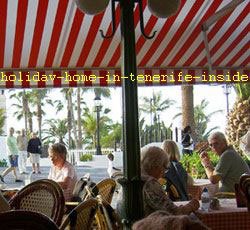 The most popular attractive cafes of Tenerife 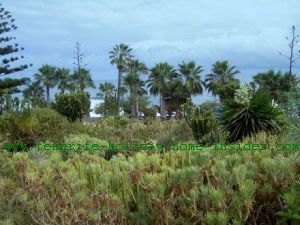 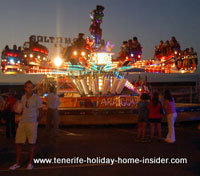 Funfair equipment and street stalls of all sorts have been part of the big thrills of the Puerto de la Cruz amusement park for many years. 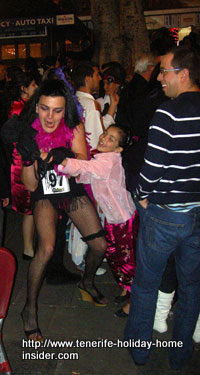 Of course, the biggest attractions are Spanish people during the Tenerife Carnival holidays and other fiestas.

They may be in fabulous feathered Carnival costumes as well as without. They give occasion to excellent photo portrays to capture.

That's when people of Spain and all its carnival provinces lose their inhibitions. Then they are extremely extrovert and show their happiest faces.

From Tenerife attractions back to Homepage of Tenerife holiday home insider