The international folk dance festival is only one of many Tenerife cultural festivals. It was hosted again by the Tenerife province Granadilla de Abona in the south of the biggest of all Canary Islands between August 16 and August 21, 2011. Mind many more such yearly summer festivals at El Medano are to come. 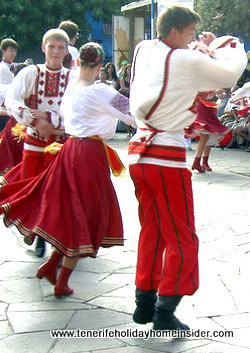 Folk dancing Tenerife El Medano
El Medano with its famous surfer beachfront was its podium for the eighteenth time.

The folk dancing celebration took place only one month after the island's renown Medano International windsurfing championships of mid July.

That made it the second highlight in such short a period.

Want news about the latest festival of this kind?

Scroll down or rather read later...

Impressions of the most relaxed South Tenerife folk dance festival 2011

What a great way of celebrating a summer's day with ocean breeze by a town beach under the sun!

Mind that you will not always find such good folk dancing during local Romerias off lately; International competition makes all the difference. 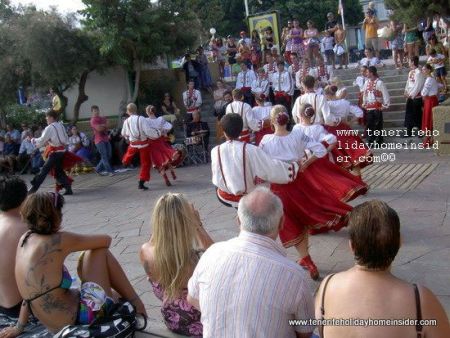 Folk Dance Festival Tenerife El Medano
Most onlooker tourists were scarcely dressed for a day by the sea which was only a mere 10 or 15 meters behind their back.

It must be said that the temperature was 30 degrees Celsius, except under shade.

A young girl sat on the floor.

Her big, floral tattoo covered more of her skin than her pretty beachwear.

Some cameras were catching
the stunning event. 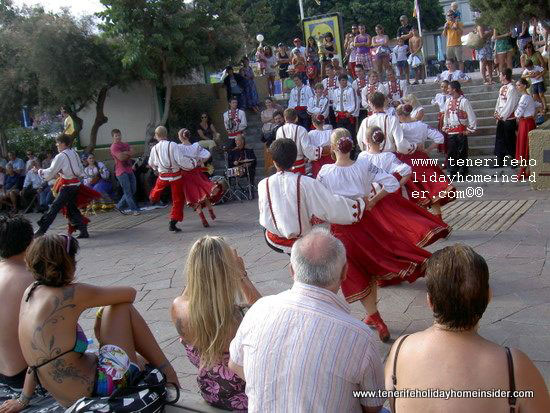 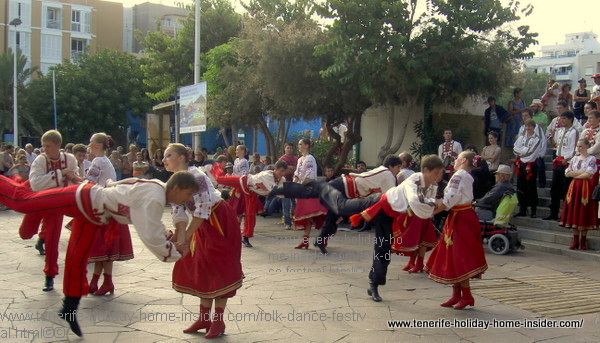 By the way, I took a taxi from my Hotel Monica Tenerife Aeropuerto Sur to El Medano. The week-end taxi tariff from the hotel to El Medano was very cheap for €6 in 2011 for the 4 km that it took.

Now those 2015 news about the so-called Muestra Folclorica the XXII international festival of this kind of folk music, dance, arts and crafts of Granadilla de Abona

Los Realejos yearly festival of folk dances of all Islands

From folk dance festival back to El Medano Tenerife