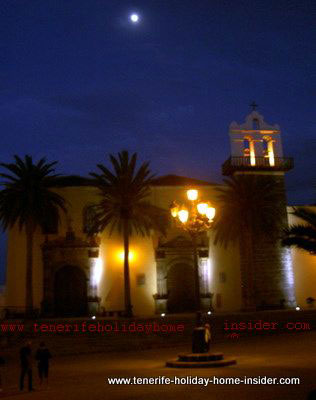 Romantic photo of Garachico in Tenerife at night.

Discover Tenerife photos Garachico with an enchanting flair at night

A pretty church tower with an idyllic town square, a full moon, relaxing people, a legendary,  historic town Hotel called Quinta Roja and an intriguing alleyway with many an old house lit up by dim lanterns play the part of a backstage of romance and tranquility. Outside Christmas decoration adds sparkle to the romantic mood.

The picturesque photo with moonshine on the right by one end of Plaza de La Libertad sums up many photos of Garachico of dreamlike, quiet village life.

The San Franciso convent, whose bell of a chapel swings gently in the ocean air is in the background of this moon lit square.

Tenerife photos Garachico as a proof of romance

Imagine a small town which is strikingly flanked by the Atlantic and mighty Mount Teide. The latter seems to rise like a steep wall in its back.  Such closeness dictated the town's fate. The port was filled up with enormous amounts of lava in 1706. The heart of its commerce died a slow death with it. It  took one and a half month. Now, the town by the Gara rock has its own appeal. It's that of a quaint urban fairyland, as you can see. Vehicles hardly play a part in its Old Quarters. 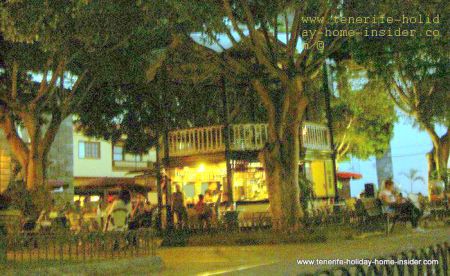 Enjoy its night scene like its locals by the picturesque town square without fear of crime, noise and pollution. Admire Plaza de La Libertad and do your own Tenerife photos Garachico... See how filtered light gives all surroundings the soft touch. A central round quiosco caters with snacks and refreshments to guests who take a seat by its  tables. Flower beds are everywhere under the Jacaranada trees. Shining stars and antique street lamps join an alluring night dance together with the seasonal led Christmas lights. 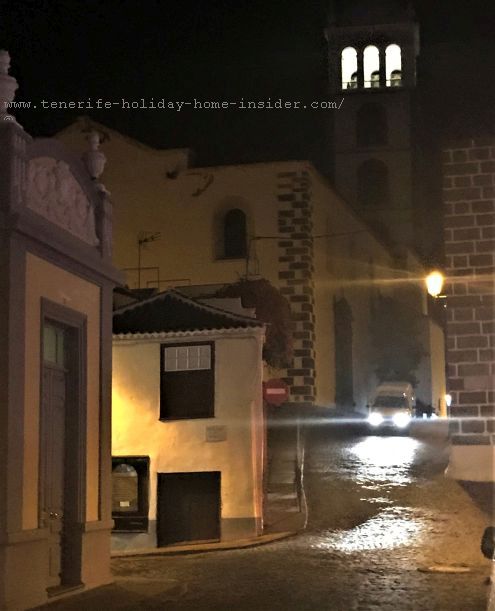 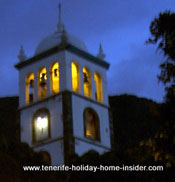 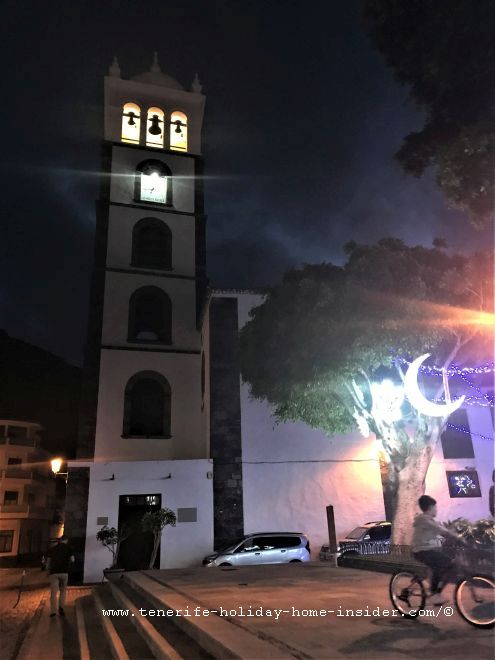 The church bell tower of Iglesia Santa Ana also merits to belong to the set of Tenerife photos Garachico of romantic scenes. The tower nests behind ancient old Laural trees when you look from Plaza de La Libertad. Its picture book style lighting doesn't blend sleeping birds and casual walkers. Young lovers like to cross here when they walk from one part of the hamlet to the other. However, a tripod is needed to catch the furtive night bliss on camera. 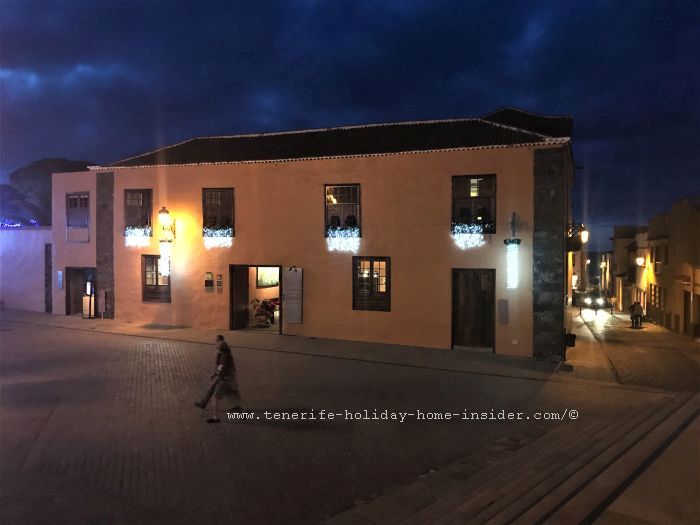 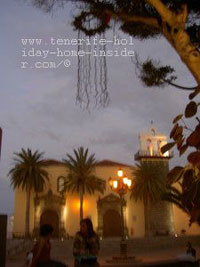 A tree decoration on the main Garachico town square on Christmas 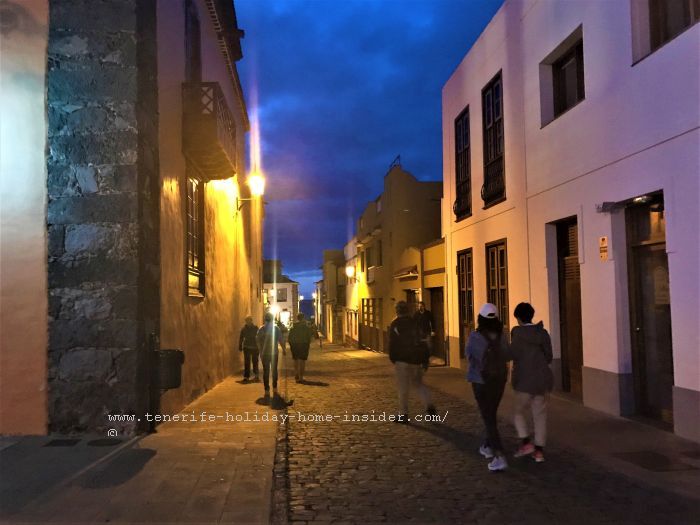 Certainly, the brass bells will call all to the festive Christmas mass or to any other event. Nearby, a led light decoration hangs from the branch of a lush Laural tree. It's not lit as yet.  However, all the quaint lanterns of the town square are working.  Two young people are sitting below the tree and are rounding off the harmonic peace.  They seem to be in the middle of a deepheart to heart conversation. 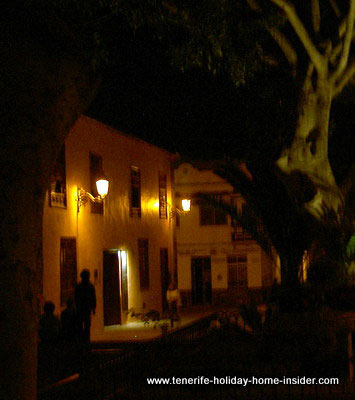 Alleyway in romantic Garachico by moonlight

Spot the intriguing alleyway of Garachico near the town square which is pictured beside. It gives you yet another mesmerizing night panorama. Again, time and people seem to stand still. Discover it, while you sit by the central Pavillon of Plaza de la Libertad.

Contemplate all that night romance which could be in a novel. See it from the breakfast veranda of a well known hotel the one story building of which frames part of the Plaza. ( square) This romantic hotel Quinta Roja Garachico is in the right place for poets and is perfect for any event where dramatic stories are the highlight. 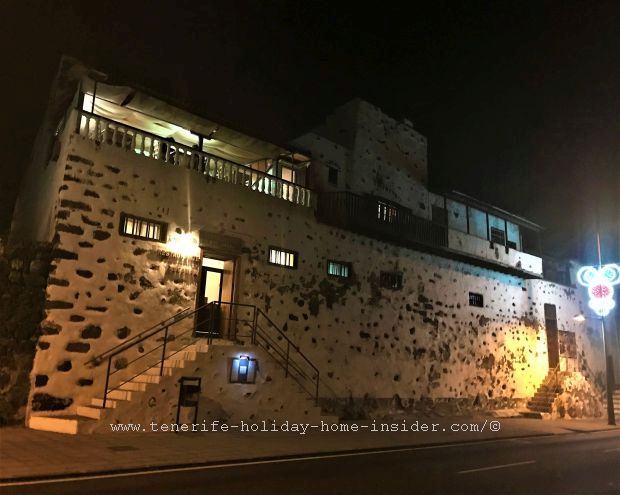 Rocamar a Garachico oceanview restaurant bathed in fairytale lights with its huge, ancient building that looks like it stood the test of time during the Trevejo eruption of 1706 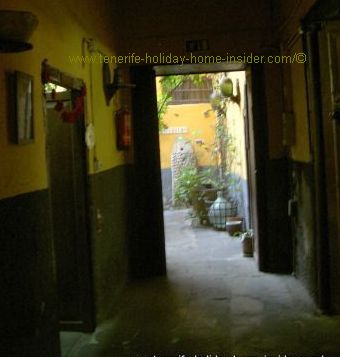 Indeed, the mansion of Restaurant Rocamar  where Arturo's tobacco shop is next door looks almost spooky. It has high indoor patios that take you down memory lane and a somber but, romantic passage on its ground floor. It leads to a sunlit interior yard. Garachico is full of charming contrasts like that.

Partly much harsher Garachico lighting in its old quarters in 2019

Some of it blends and interferes too much which happens in many locations on Tenerife now. 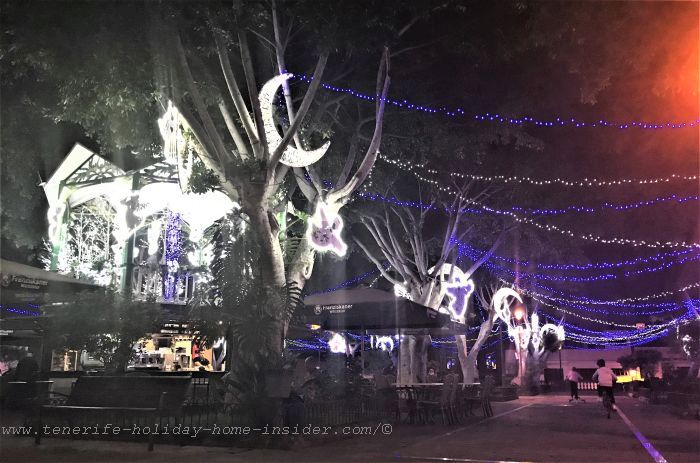 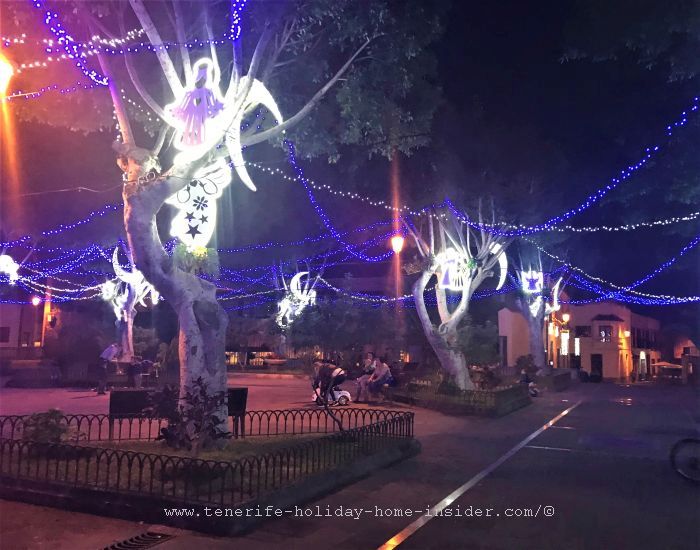 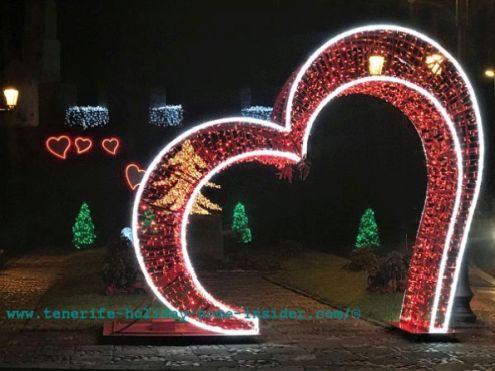 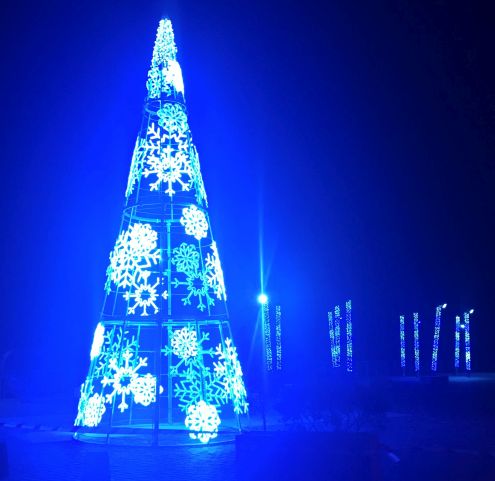 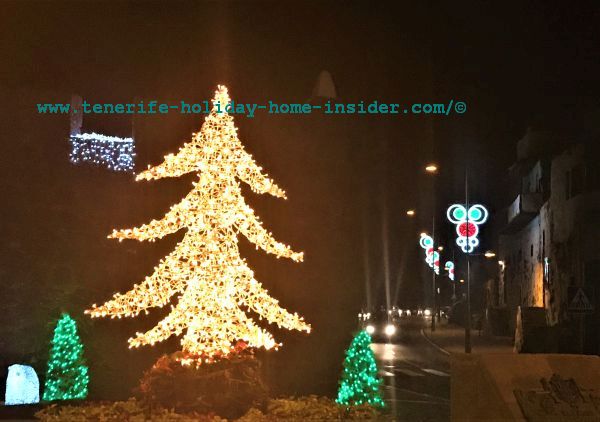 Garachico where the volcano Trevejo was striking very specific locations, as shown by many important day time photos

More about the quaint town Garachico on the Westcoast of Tenerife.

From Tenerife photos Garachico back to Tenerife towns