Varied contemporary art events at T E A Tenerife, but what about Oscar Dominguez? 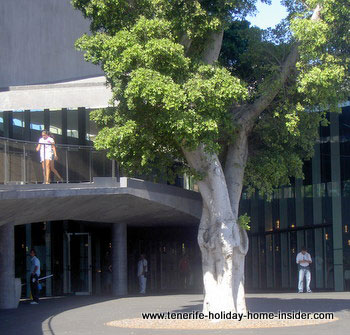 Contemporary art exhibitions at the innovative TEA Oscar Dominguez center and museum in the capital of the biggest of all Canary Islands Spain cater for everything.

Spaces of most impressive architecture.

This architecture in Tenerife is by Herzog and de Meuron. Their work is highly modern, artistic construction and engineering of public buildings and spaces. Their creation of Plaza de España of the capital Santa Cruz de Tenerife also merits to be mentioned in this context. 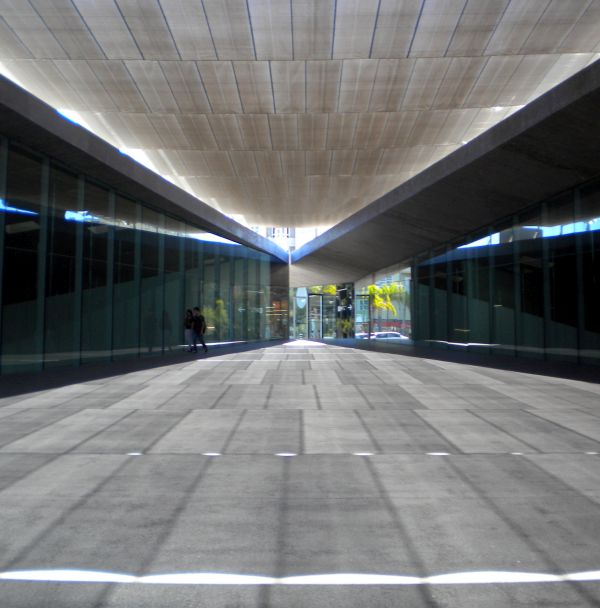 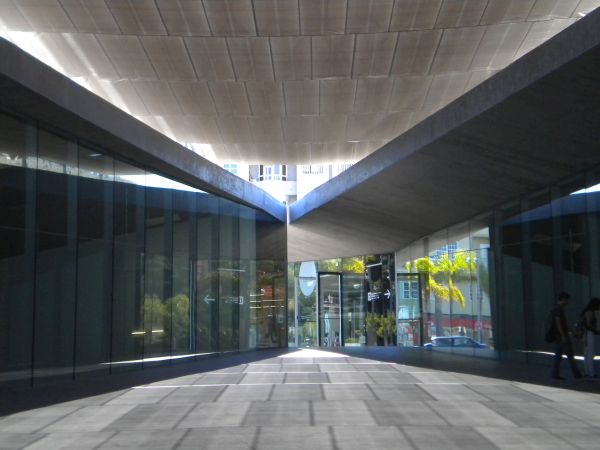 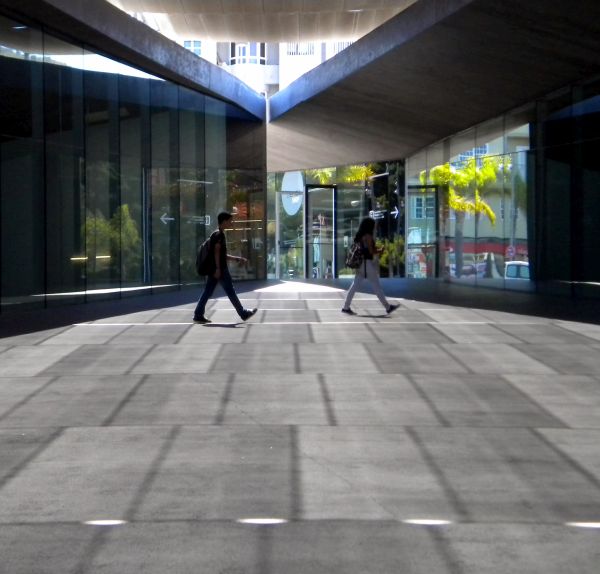 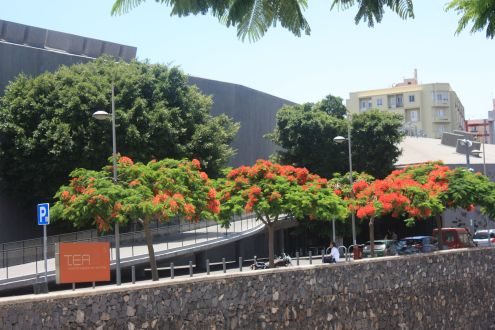 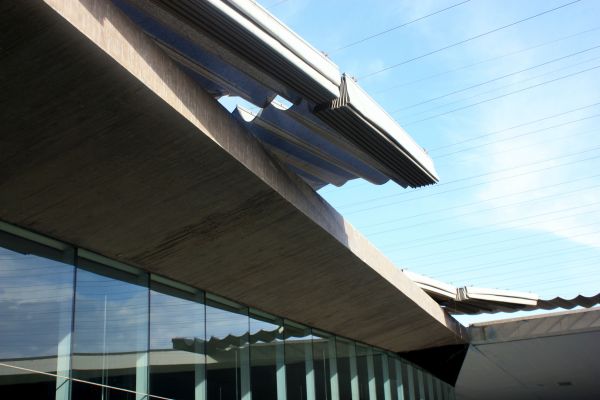 The essence of contemporary art. 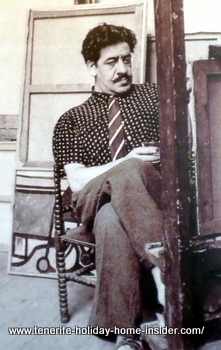 The Spanish surrealist artist Oscar Dominguez whose name is synonymous with T E A was born in San Christóbal de la Laguna.

His restless, visionary mind was forever experimenting with new painting techniques which are the essence of contemporary art.

His most known invention is the adhesive medium called Decalcomia which is the pressing of paint between two surfaces. Had he not passed away in 1957 he sure would have come up with more novelties for the art scene. This may just as well have been with sculptures or with architecture, while the creation of objects became his passion.

Contemporary art not cast in stone at T E A.

By the way, nothing is said that T E A
represents most recent art only, while innovative newcomers are constantly featured. One of them is Eberhard Bosslet with its 'heavy duty' theme. I saw his show in summer 2014.

Anyway, some works of Oscar Dominguez who passed away in 1957 will be displayed at T E A again and again.

The reason why his art is not kept there permanently but, in an institution of his name, may be lack of space. Mind that too much of the 20622 square meters of the TEA art center are taken up by other amenities and just space.

Spain sees Óscar Domínguez along the line with renown surrealists like Salvador Dali and Joan Miro. Not to forget is Pablo Picasso for modern art. Their works set standards for our most recent times which thrive on constant artistic renovation. 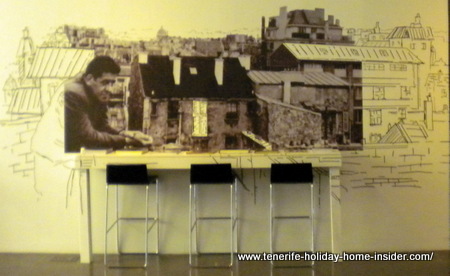 Unusual Oscar Dominguez contemporary art was also portrayed in July 2014. This was from one of his most experimental periods. There were even small sculptures or call them objects. 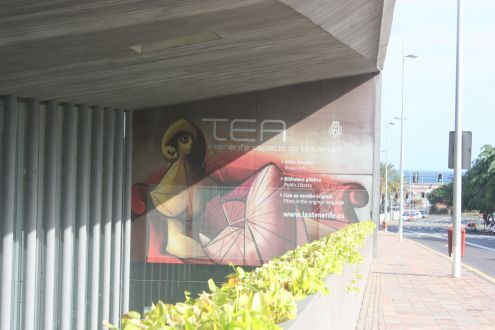 Is T E A a museum or exhibition center for art of our times ?

The Tenerife Espacio de Arte is listed as a museum with the ICOM (international Council of museums).

Strictly speaking in my mind, the T E A Espacio de Arte (art space) is rather an extraordinary meeting, study, activity and exhibition center or perhaps as much as a gallery. But, it would be a gallery where nothing can be bought. Only the T E A shop sells. Its extensive library may be seen as an unconventional or 'digital museum'.  CDs, videos and all sorts of literature, such as art books are stored there, contrary to cloud platforms. 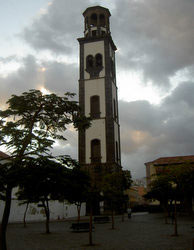 The unusual, gray flat building complex T.E.A is located at a stone's throw from the Museum of Man and Nature. It is also by the oldest Santa Cruz Church bell tower. 'Both museums' may be reached from the town square by the pink  Mercadillo municipal market the Recova  or from near the seaside.

Only sand art which is contemporary but a temporary art of volcanic sand carpets has no space at T E A. Such Corpus Christi art remains strictly reserved to the town of La Orotava.

Up to date, educational art classes at T E A.

Occasionally, art tuition for the very young is given at the TEA center. Later, the works of the children are exhibited.

What is more contemporary than children art, after all?

This big exhibition center for the art of our XXI century of the Tenerife capital brings you new works of often unknown as well as known artists.

In June 2009, chef Richard Etherington of the Tenerife Hotel Rural Victoria of Orotava stole the lime light. He prepared yummy designer food at TEA for most demanding taste buds. Many a positive review was published online about his innovative cuisine in Twitter as well as on other platforms.

Caterpillar drive chain as contemporary art in the street. 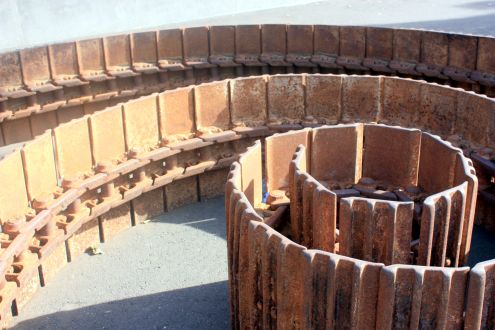 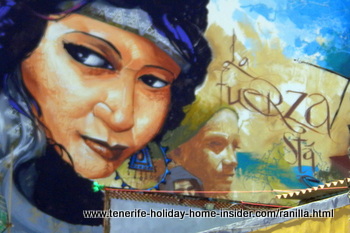 Contemporary art has become the rage of the Tenerife Mueca art festival. The Ranilla has been most representative in this context for its most recent La Mueca street art where homage is given in Puerto de la Cruz to the best flamenco dancer of all times.

The international exhibition Center TEA  gives free WiFi Internet access in its state of the art Tenerife libraries. There, you also find a nice section for children. A cafeteria helps drench thirst and hunger. Some are said to even have spent the night in T.E.A.'s library. It must be very comfortable, therefor.

Check out what's up at TEA Tenerife exhibitions here ...

Get our e-zine for art and exhibition news?


Back from contemporary art to Spain art which includes Santa Cruz Tenerife, information on Oscar Dominguez and more.