Best of Tenerife museums Man and Nature in Santa Cruz. 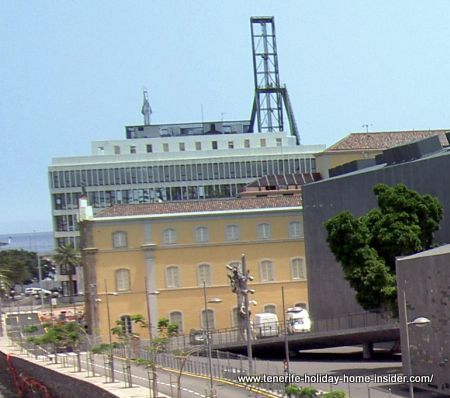 The massive building  harbors varied museum collections on three different floors.  Most prominent is that of Guanche heritage. There, customs include  funerary cults with scientific evaluations. That's why it's often dubbed the "Guanche Mummy Museum" of Santa Cruz. 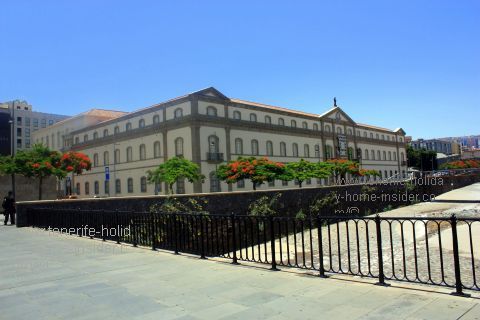 This gigantic, neoclassical complex was once the capital's main hospital.

View several aspects of its impressive architecture above and below. 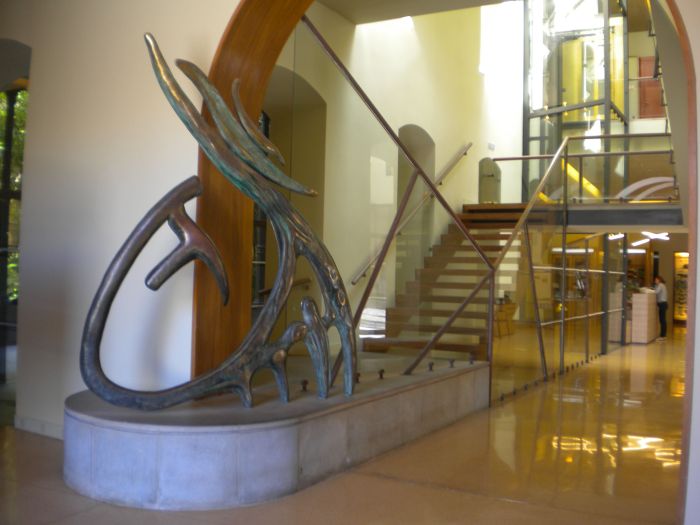 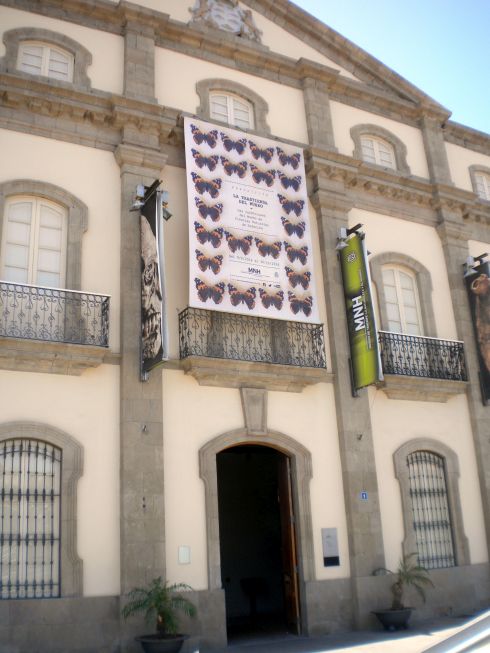 Its atrium with museum art

Now, this public institution doesn't only represent fauna and flora of Tenerife and the Canary Islands. It also deals with their ecology, geology, volcanology and archeology.

Explicit drawings of endemic plants of the island of an exhibition of June 2016 may still be there. 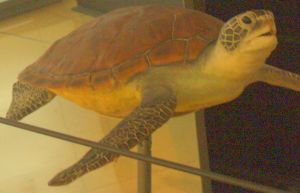 Marine life sculpture of a turtle.

Marine life of the Canary Islands with life size suspended sculptures almost forms a museum on its own,  there.

Some mummies or remnants thereof, such as many single skulls date back to times before Tenerife was conquered for Spain. More about it  where Tenerife history has been captured in chronological order.   Then there is Guanche related information here. 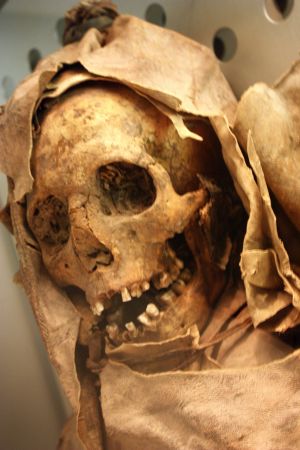 Then,  there are the conclusions of important scientific studies as well as international reports thereof.  All is highly interesting for world sociological and biological anthropology. Excellent insight was also gathered by teeth, such as depicted by the Guanche mummy beside.

Two mummies were retrieved from a museum in Argentina, while another is still in a Madrid exhibition center.

Tenerife authorities feel that it also should be on the island of its birth. They are trying everything to have it at their internationally renown museum of Man and Nature in Santa Cruz.

Tenerife still has much Guanche blood in its population which is said to survive in female genes. This fact alone gives the Tenerife museums of man and nature all the reasons to specialize in ancestral studies. It also entitles  to display the island's valuable aboriginal relics of its past. Even some Guanche family names still exist within its population. This includes straight descendants,  such as the Alzados of Icod el Alto.  Besides, these  museums  seem to be well equipped  to deal with the formerly embalmed corpses. 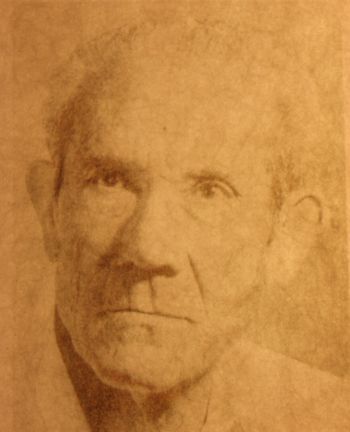 One corridor deals with the legends and mythology of Atlantis. Many believe that its sunken civilization was once part of the Canary Islands. Another is about facts. It gives credit to men like Luis Diego Cuscoy and several other academics. L.D.Cuscoy founded the Museo de archeologia of Tenerife. More than 100 of his works were later used in the Tenerife museum of the mommies.

Several Tenerife museums have been joined in the 1950ies to become one for Man and Nature.

The hard work of archeology, nature and anthropology sciences were combined. A venture which makes only too much sense... Everything on our earth intertwines.

These museum facilities  don't only provide knowledge gathered for all ages. There, experts teach in an innovative, inviting style whose concept seems to be immense fun.

Local tours or field trips to ecologically special areas in Tenerife are provided by a monthly program.

You may get in touch for detailed information on planned classes and field trips with locally supervised studies at:

Please, find out about another rather unusual place in the Tenerife capital by going from the Museo del hombre y de la Naturaleza to Tenerife Museums' Palmetum. This is an incredibly different park which merits the title of museum in my eyes, for sure. From what I've heard there will be a museum for palms within the park.

All about mummies here