Why all Tenerife libraries are welcome with and without glitter

Tenerife libraries may be simple installations. Important is that peace and quiet prevails to let students study. On the other hand, you want to find as much literature there as possible. 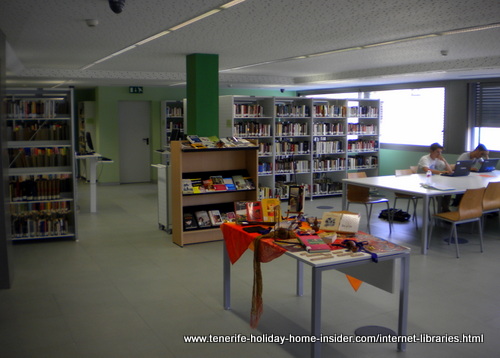 The new library Tomas Iriarte is not the only one in town. However, it's unique with its nursery as well as with its conference facility. It strikes me as a little small though, although it has several floors.

A board advertises that students of the neighborhood of C/San Juan by the old library may still go there to study from September onward.

Then, there is also the British Library (theenglishlibrary.es ) in Taoro Park which is more than 100 years old.  Besides, I was told in July that English and German material is still to be stacked up at the 'Biblioteca Tomas Iriarte', as soon as shelving will arrive from Portugal. But magazines in those languages are on display.

Unfortunately, there isn't one window that can be opened in the new installations. I was bound to notice that in August, as the air-con wasn't working. Amazingly, quite a few students didn't seem to mind the heat. When I returned my book, the place was lovely and cool.

Librarias are not Tenerife libraries

Librarias are stationary shops or bookshops, like the British house of books Stratford at Tenerife online. Ask for the 'biblioteca' when you want a public study center or the place to borrow Spanish books, videos or other literature... 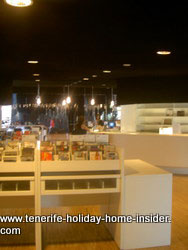 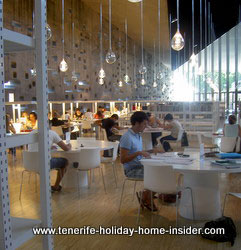 Admire one of spacious state of the artTenerife libraries within TEA! No charge to study there, indeed. Notice that natural light enters the museum's reading and studying compartments from different angles. Plenty artificial led lights create a festive mood. The culture of learning is celebrated in this Tenerife library.

That's lovely glitter which comes on the house. Nope, it will not interfere with learning. 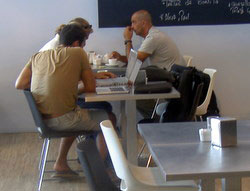 More so, there is also such a thing as students' coffee culture. The library cafe is right next to the TEA libraries. There at least, you get the black stimulating drink in its Wifi bar. Allowing coffee in the main library halls might mean taking chances with its computers. Coffee spills onto my keyboard at home, sometimes, ha!

Mind that much space of the more than 20000 square meter
Santa Cruz TEA exhibition center is taken up by study rooms...

Never ever did I expect so many people inside TEA. Just figure that perhaps 500 young people were learning inside TEA on a Monday during summer holidays... Meantime others had escaped the August heat and relaxed on beaches. Therefore, I was impressed by the many students at the libraries. That shows a remarkable will to study in Tenerife Spain.

One could look right into well lit libraries from two sides. There were several halls and nooks. They were almost full up with students despite summer holidays and a Monday. 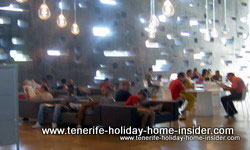 The photo beside is not a VIP lounge in some airport. It is a rather crowded section of the big TEA study library. Perhaps, some guys are just hanging out there. However, the mere fact that they have not chosen another location makes you see it in a positive light which again speaks for learning culture.

The TEA learning halls for studying online and research had more people inside than the Maritim Park of Santa Cruz by the ocean at the end of August 2010.

Perhaps, it really helps and encourages everybody to study with free Internet, never mind the peak of summer and recreation time.

I had to apply for an ID membership with photo for the library in Puerto de la Cruz in 2004. But there was no pay needed.

Now, in 2014 they simply changed it for the credit card size, free of charge.

Only the exclusive British library at Taoro Park costs a yearly fee.

When you are a permanent resident in any Tenerife town, you are given free use of the Spanish library 'biblioteca pública', as a rule.

Mind that most smaller Tenerife libraries may be closed during summer. Wherever you stay in Spain, ask for the biblioteca the library at your town hall or church... I noticed a listing of such public learning centers at www.infobel.com. However, Puerto's address for it seems to have changed. There seems to be some indecision as to where it will be moved. 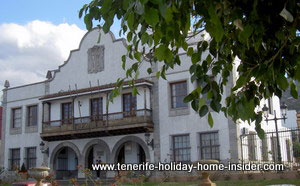 This center if right beside one of most emblematic churches of Tenerife history in Los Realejos Alto, while Viera y Clavijo was one of top Academics of Europe.

A British acquaintance was a regular learner there. That means that its Internet is also available to tourists. I had a friend who had to go there, once in a while, as the Center is also connected to online university studies of psychology. 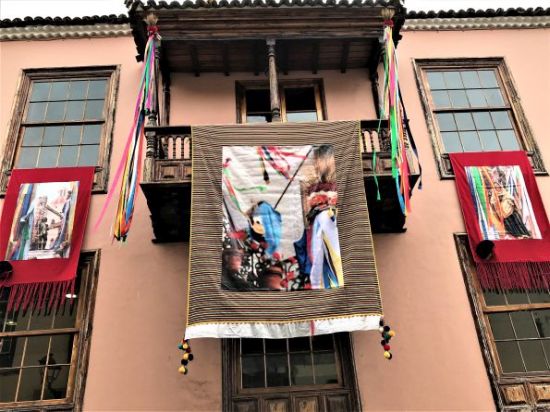 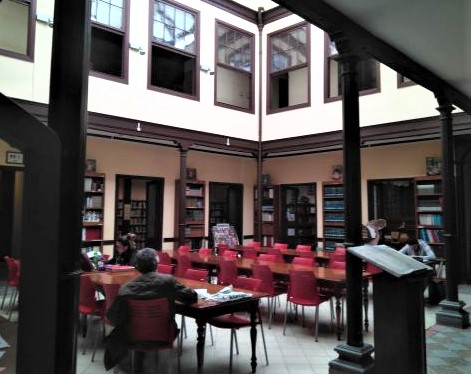 Tenerife library Orotava atrium for learning since century XX, while previously owned by Count Conde del Valle Salazar and by the wealthy brothers Bucaille before
Facebook Page of Library Orotava

Discover what you find in the vicinity of the most beautiful Tenerife libraries of the TEA art museum Santa Cruz!

Locate nearby best museums as well as La Noria and the oldest Tenerife theater.

Back to Home for tips about the holiday home in Tenerife and the biggest Canary Island.