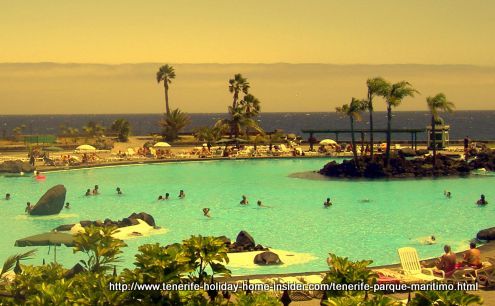 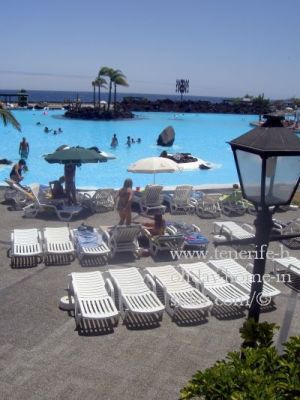 It's by Avenida de la Constitución beside the Tenerife Auditorium Adan Martín, Palmetum Park and the Recinto Ferial Fair and show grounds.

Entrance fees as per summer 2017

This Maritime park has a surface of 22000 square meters. Its artificial swimming pools have a water temperature of more than 20 degrees Celsius.

Both Santa Cruz locations remind the Caribbean by climate and landscaping. 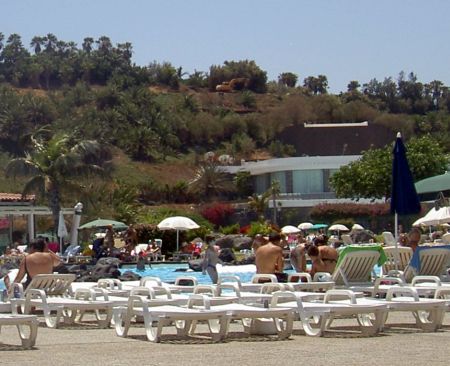 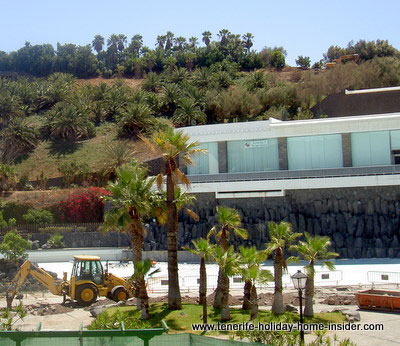 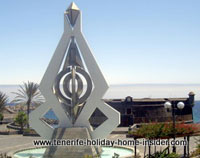 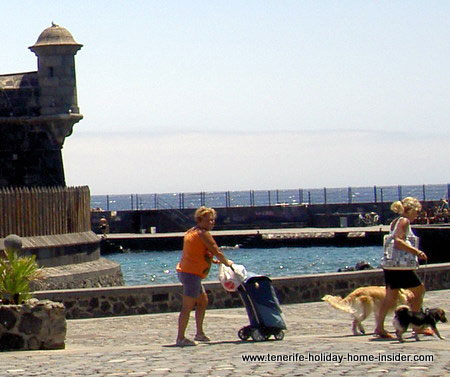 Dog holidays at Parque Maritimo beach
The capital's lake water park in the city Santa Cruz Tenerife was inaugurated in 1995. It has many restaurants, cafes and kiosks, change rooms much space for leisure and sun tanning. Wheelchair access from the parking grounds to the pools was introduced in 2016. It even has a small beach which used to be one of very few unofficial Tenerife beaches for dogs before El Medano followed suite. Reach it from the park's back by walking through the grounds outside by the Television complex. 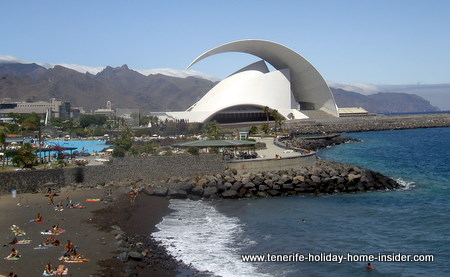 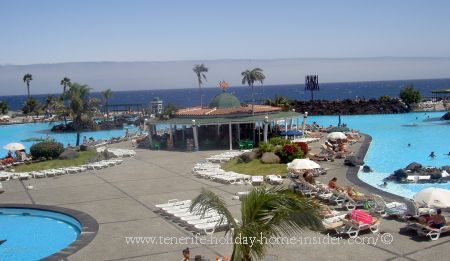 A bit of history of the Parque Maritimo Santa Cruz.

The park was built at the beginning of the last decade of the twentieth century.

In 2003, a historic embarquement quay as well as a restoration of the Casa de Pólvara beside the San Juan Castillo (house of gunpowder) followed suite. The park was opened up again after nine months of renovations on June 3rd 2011.

Parque Maritimo César Manrique Cabrera has excellent infrastructure with direct access to the main North and South highways TF5 and TF1. Also, it's almost by the doorstep of the island's main public bus station Titsa which includes electric trams outside the park.

No problem with drinking and driving

Check out the Hotel Silken Atlantida which is one of nearest good 4 star accommodations of Tenerife hotels of its capital and walk from it just over the road to Mr.Manrique's Maritim Park. Also, this hotel is almost opposite the new Tenerife Corte Ingles at about 5 minutes walking distance.

Is Restaurante La Abadia by the Santa Cruz Maritime Park beach a legend?

From Tenerife Parque Maritimo back to Tenerife attractions.

Cesar Manrique
Back up to top?
Tweet
Please support our sponsors...
Transfer wanted
in Europe?