Why Restaurante La Abadia was so popular. 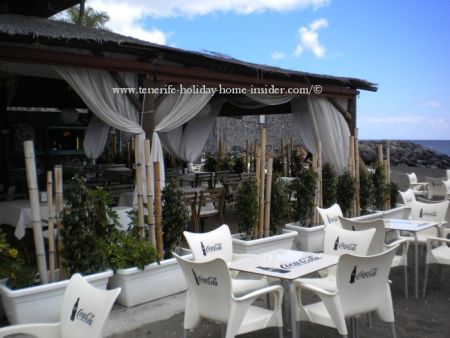 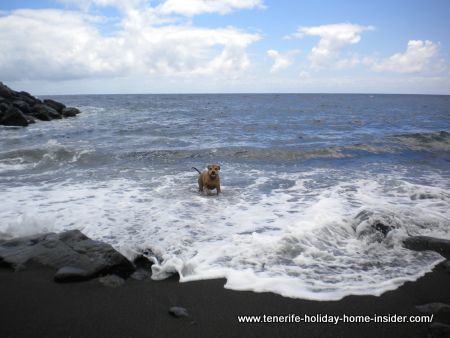 An official sign post warned about doing so for "reasons of infra-structure". It could have been said because of the nearby oil refinery. Don't ask... 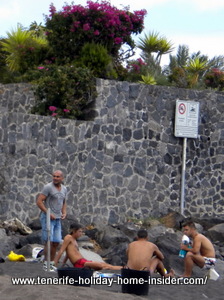 Locals at beach of Park Maritime 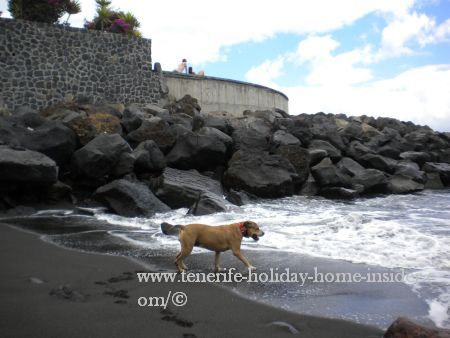 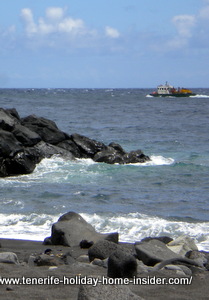 Ship approaching Santa Cruz port.
In fact, the local guys kept to themselves on the side by the back wall of the Parque Maritimo Cesar Manrique. A big ship from direction Gran Canaria seemed to make its way into the nearby Santa Cruz port. There didn't seem to be any strong currents.

This wall flanked the small bay together with a natural cliff and an added on jetty. Strips of blue sky that echoed the color of the ocean let some sun come through once in a while. Only I was not warm enough to strip into beach gear.

Location of the Restaurante Abadia

However most importantly, it's on the foot of a small stone staircase a back access for the Santa Cruz Park Maritime. 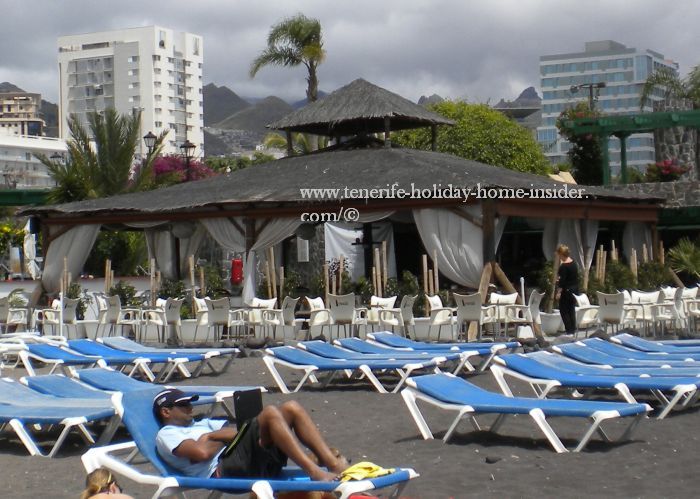 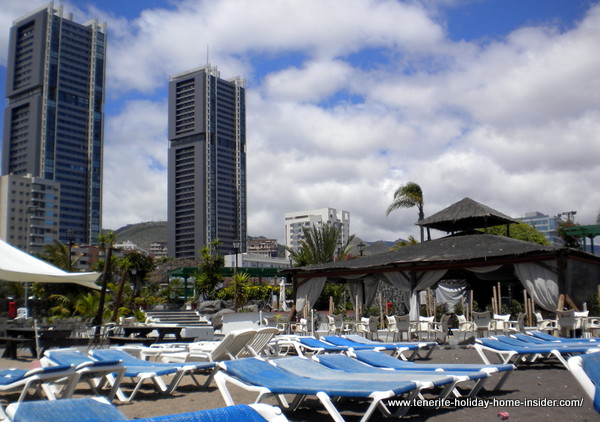 Tallest Tenerife twin towers
More than 30 comfortable pool loungers were complementing the incredible beach restaurant architecture of Restaurante la Abadia. We could just take a pick. What a way to relax for an hour before lunch.

Huge canvas sheets inside give it a tent like appeal. Even the square sides with their open walls were controlled by such material. Some of the restaurant's wooden roof had joined timber beams but, the top center set it apart. There seemed to be an open dome that was made with timber poles.. There, natural air could enter in addition to the lateral ventilation mentioned before. 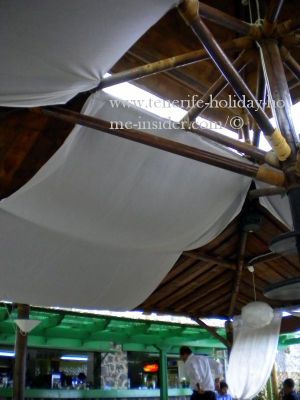 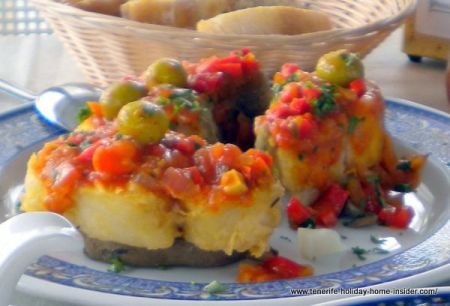 Vegetarian dish by la Abadia Restaurant.
We were delighted with the food quality. We had tapas with goat cheese wedges, olives as well as a vegetarian dish by La Abadia. White bread is never amiss.The waiters were helpful and coped well to fulfill our special wishes.

Several men came down the sand road from the offices of TV Canarias. They took seats inside the Restaurante La Abadia. All of them ordered sea food. Some had prawns while others took what was on the day menu. It included limpets, squid and two types of fish fingers. By the looks of it, those TV guys were not eating there for the first time. 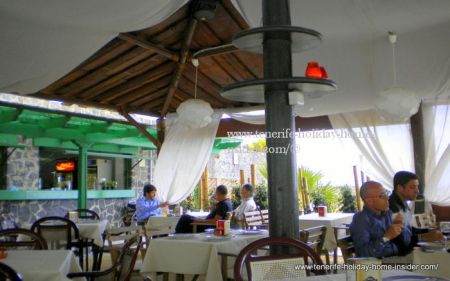 Eating at la Abadia Santa Cruz
We preferred seats at the side and nobody minded our old dog that settled quietly between our feet.

By the way, I remember that we absolutely loved the music that was playing in the background. The waiter said that it was a long tape. It was neither folk, pop, jazz or techno. I think it was classical stuff, such as Vivaldi.

We are still puzzled why this eating place has been closed down. It was one of 7 within the Parque Maritimo. Nothing else seemed to be open at the time. It was strange that so many young people arrived later on and went into the Maritime park from its back. However, a few also remained by the beach.

The only info available regarding the closure of La Abadia of Santa Cruz Tenerife.

By the way, the above mentioned article by the newspaper La Opinion points out that beach Playa Parque Maritimo Cesar Manrique of Santa Cruz used to be a horribly neglected and dirty seashore that was full of trash. The Abadia restaurant saw to it that all this changed. Now they had to close and one wonders if all the filth of before will return there. A shame, indeed. I wish I had the time to go and see if the restaurant was brought back to life, after all. Any comments will be much appreciated.

From restaurante la Abadia back to Tenerife Parque Maritimo

Have your say about what you just read! Leave me a new comment in the box below.
FacebookTwitterPinterestTumblrRedditWhatsAppMessenger
Follow @zepzim
Tweet
Please support our sponsors...
Transfer wanted
in Europe?