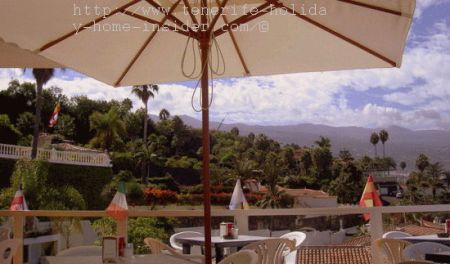 It doesn't only have sights that are out of this world.

There are no snakes, no dangerous animals and there is no crime.

The panorama of this paradise is out of this world. You can look for ever.  You can make out the city skyline of Puerto de la Cruz, the Isla Baja and even the lighthouse of Los Silos on the horizon. The latter is only visible with the naked eye. Mount Teide is hiding behind clouds, unfortunately but would otherwise be more than majestic.

It's incredible to have a view that far.

If I hadn't seen it myself, I would never have believed it.

Furthermore, spot a large part of breath taking valley in this paradise region. 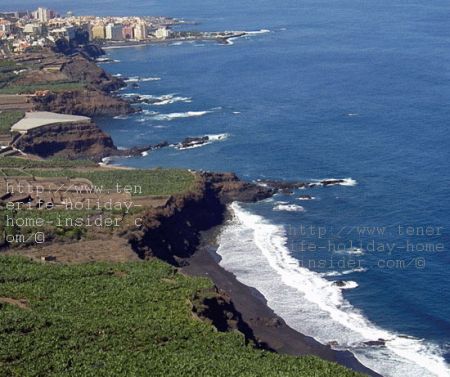 Its beach landscape spreads below the town La Orotava, while the beaches Bollullo (Goyuyo), Pozo and Los Patos and a hidden shore El Arcón invite with their virgin and/or naturist seasides. Why Goyuyo? I have an old map, where the Bollullo is marked as Goyuyo which is not related to any Arabic root of language.

A peaceful country is dominant.

There near the cliffs of the Bollullo, find the fantastic country home of the pop star Shakira where  some construction was watched by friends of mine. Paragliders in the following video fly over the estate twice. 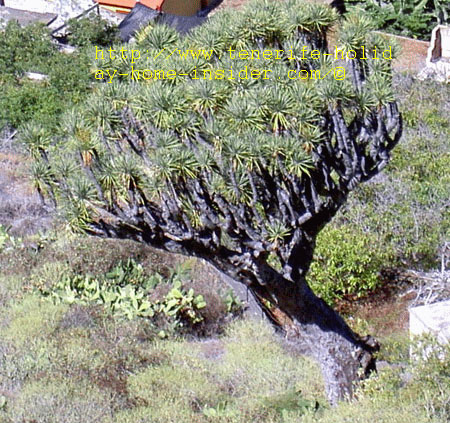 An Orotava dragon tree is bent by frequent Northwest Gales, as may be clearly seen.

This plant only hints at the fabled Drago which was said to be many thousands of years old. It perished in 1899, 100 years after Alexander von Humboldt made a sketch of it. Other Dracaenas live one with their cosmetic and medicinal qualities in other spots. They are a true bonus of a paradise country.

Then of course, there's the hamlet Vista Paraiso. The latter means paradise views. The sights couldn't be any better from the top of the famous cafe veranda which is a prime balcony above the sea. 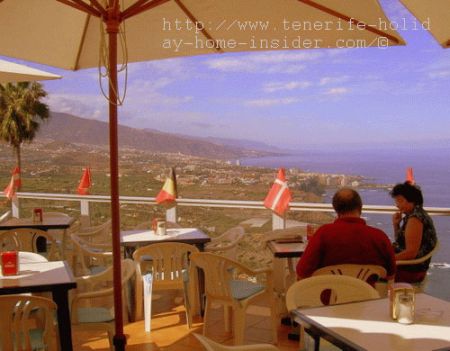 Cafe Vista Paraiso is closed to the TF5 or TF 117 km 31, as can be seen in detail on the map for Bollullo .

It shows you several ways of the Bollullo route that leads to the popular cafe.

That's your gateway to enter the North coast of this paradise country.

Why go to the much loved café? 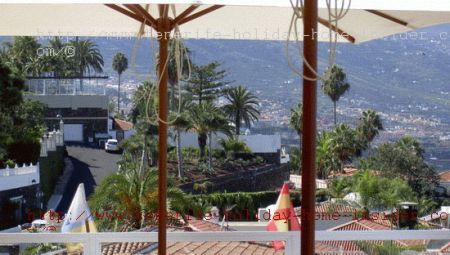 Yummiest dessert in out of this world neighborhood

Wouldn't you expect something special to eat in a paradise country?

Cafe Vista Paraiso has that. 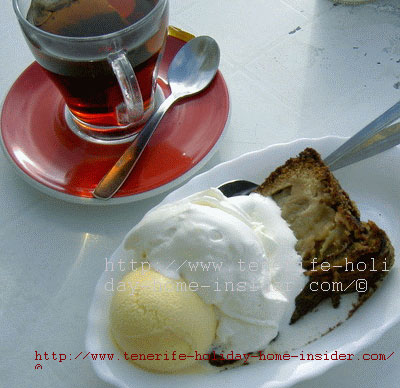 The most delicious apple tart dessert

Order a slice of hot apple cake or no, don't...

Make sure you ask for the tart which is with vanilla ice and cream. More luxerios, you know...

Its hot cinnamon greets you when you step onto the
Vista Café veranda. Amazing this tempting, strong smell! The tart is home made and just as nice as Apple Strudel. Neither the tart nor the cream are sweet, but the vanilla ice cream on its side makes up for it. The combination of the total is divine. It also really tastes like fresh out of the oven.

Apple Pie to take-away by Cafe Relieve of Longuera Toscal in Tenerife.

Check out an interesting Tenerife café which sells apple pie for €1,05 take-away in this most amazing suburb for buying almost everything in Longuera by Puerto de la Cruz. This apple cake is quite OK and really value for money but, 'Arrch' you wish they had a second option, such as the apple tart of the Paradise country. And never mind the price...

Two years ago, I had chicken Schnitzel with potato salad which was not in the menu when I was there last in May 2019. The German Bockwurst came without potato salad. Expect hordes of local people to arrive for coffee and cake after 2p.m.on a Sunday. 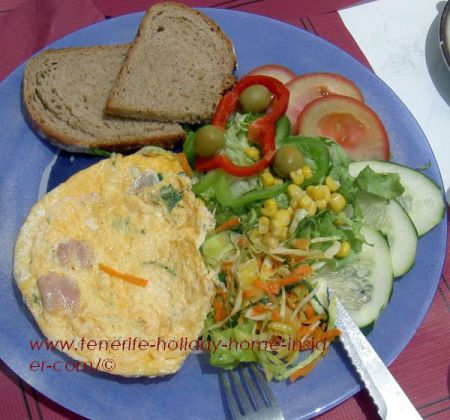 Their French Omelet was thin and not big but, the taste is very, very good. You have to ask for salad dressing, though. By the way, the omelet was round when the waiter brought it.

By the way, I found the access to the restaurant Sunset beach 290 with its Buddhist retreat surroundings cordoned off and deserted in 2019. Before, it had almost all the attire of a luxury Oriental retreat. It also fitted so perfectly into this fairyland country. Strangely enough, the latter belonged to la Orotava, though.

A third viewpoint not to miss

It is the Mirador Humboldt by Santa Ursula which is said to be the best panoramic lookout for the alluring Orotava Valley. 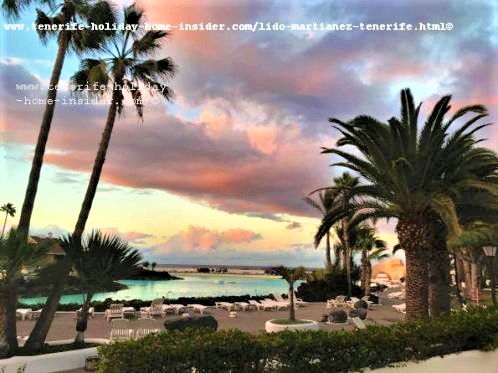 From paradise country back to Tenerife attractions.

Check out the nearby oldest Tenerife resort whose Lago Martianez skyline is seen so nicely from the Paradise View Vista paraiso Cafe look-out...

Related to paradise country still on my to do list