Discover typical Cafes in Tenerife where you enter and you smell good coffee. 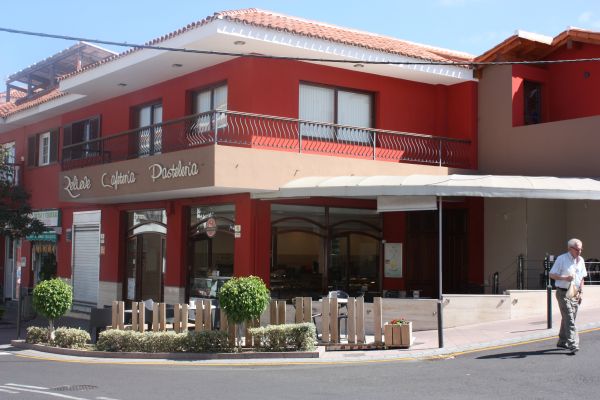 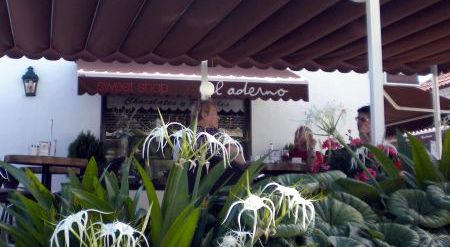 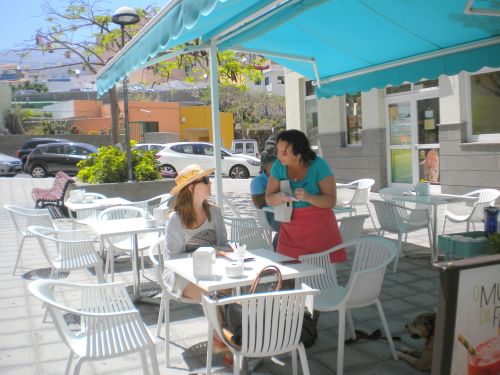 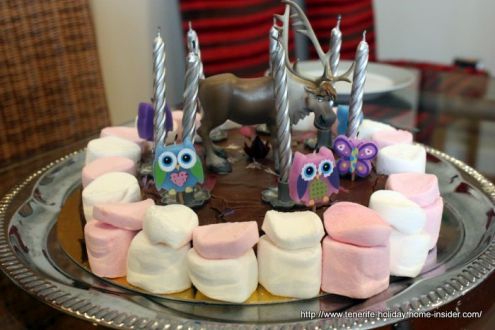 Cafes in Tenerife at la Orotava. 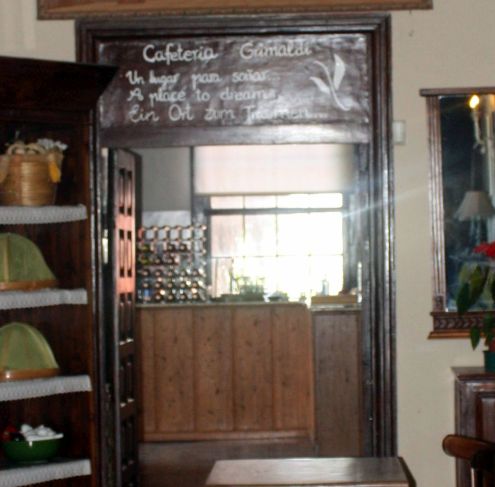 Orotava Cafeteria Grimaldi a place with patio to dream. 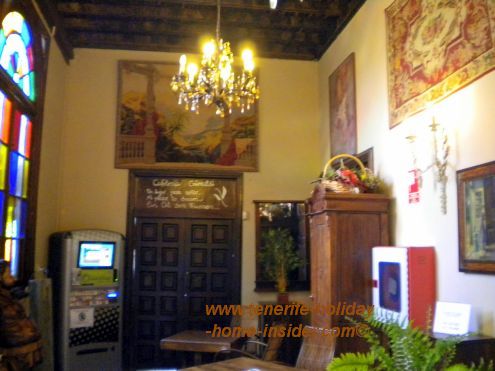 There are several but the one with best cakes and Penguino ice creams is the Columbus Plaza Cafe. 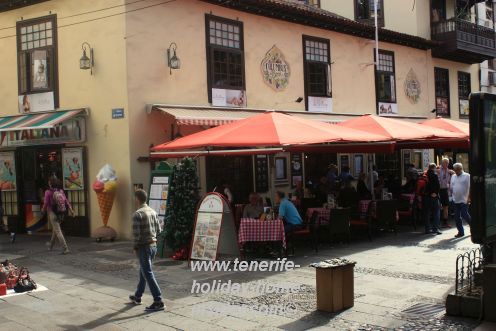 Of course, fresh bread, pastries and tarts are usually behind a counter. You can consume on the spot or buy takeaway. Teas are also available. 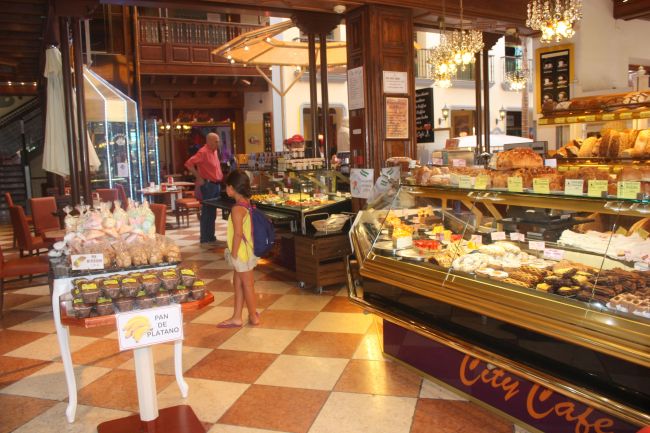 Each of such cafés has something special in general.

However, the essential of such places is their aroma of freshly brewed coffee. 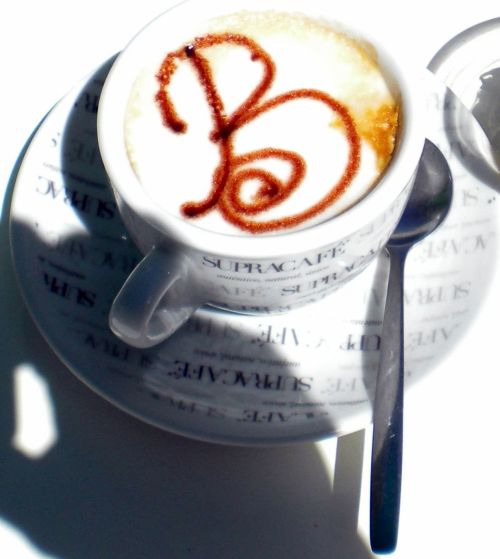 Supracafe Coffee is one example for good Espressos, such as Café Solos or Cortados on the Canary Islands. You smell the heavenly scent of it, as soon as you enter a coffee house that serves it. 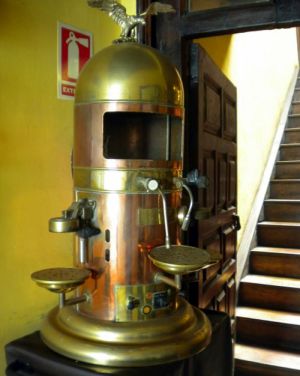 Espresso machine vintage made in Italy.

Mind that the culture of consuming coffee isn't new in Tenerife. The other day, an Italian friend of mine pointed out to me a vintage espresso machine.

It's a big beauty made of brass that stood the test of time downtown in the island's capital Santa Cruz.

Food in cafes in Tenerife

Small cooked lunch or brunch meals may be on offer in some of the cafeteria outlets.

Addresses of the cafes in Tenerife by links

Aderno cafes and where Tenerife sugar free chocolates are made for sale.

Chocolates Aderno made in Tenerife

Has been in town since end of February 2018. It is an American style Cafe where Coffee is different and it costs a bit more.

The Tenerife holiday home insider already discovered two of six in 2008 together with the beaches Playa el Arenal as well as Playa Bajamar However, she didn't know at the time that the Melita or Palmelita Cafeterias are now part of a Franchise with according high prices. They all sell the Melitta Coffee brand and home made German bakery products of outstanding quality. Google Cafe Melita and even find more info by their web to also buy their jams online. The method used to prepare coffee with Melitta filters isn't Spanish at all but local coffees should be available too.

Cafe Sandra La Paz Puerto de la Cruz
A Cafe I am not affiliated to and which isn't cheap. That means you can drink as much German filter coffee as you want for a set price. Cappuccinos, delicious cakes and free Internet are available as well. Opens in winters only...

That's Hard Rock Cafe which is rather a Rock music club. Long drinks and food are available.

Needless to say, it's worth it to make Cafes on the biggest Canary Island part of your life style when you have a holiday home in Tenerife. Mind that a Cafe Solo which is like a Coffee Espresso still costs between Euro 0,80 and Euro 1.20. A large Milk Coffee Americano (Cafe con Leche) can be bought for Euro 1,20 - Euro 1,50. A slice of cheese cake Tarta Quesón sets you back by Euro 1,60 at Boutique Relieve prices. As said, franchises and cafes in tourist spots are more expensive.

From Cafes in Tenerife back to Home.