First of all, it stands for the biggest Canary Island's very own, unique Spanish fashion. Hence it has become a brand where garments are designed and made locally.

Perhaps, the most interesting example is the firm Javilar of Los Realejos which was founded by a mother and daughter team. It became an internal co-operative, eventually. This company is subsidized by the Cabildo. However, Javilar also gives dress making classes to the unemployed of the region. 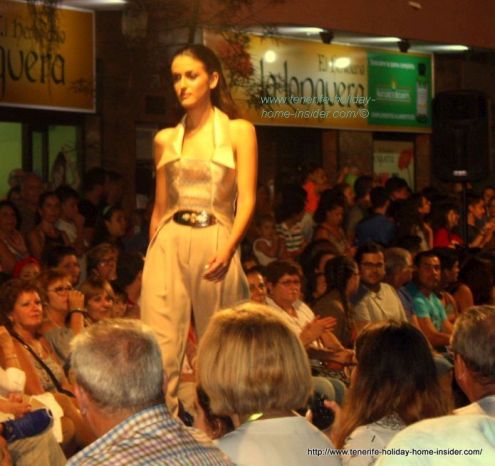 Formal clothing by Javilar not made on mainland Spain nor in China, but locally in Los Realejos of Tenerife. 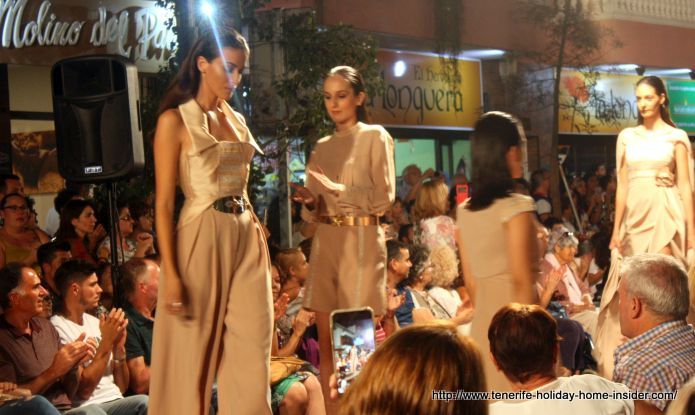 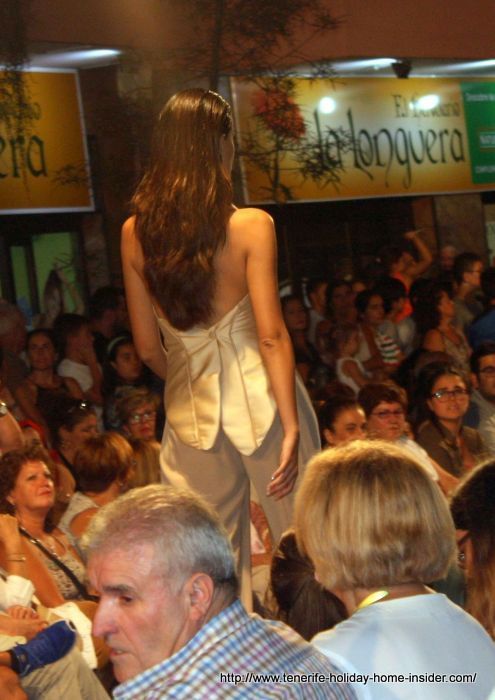 Javilar which dates back more than two decades operated under different name and circumstances before. It also went through very hard times. Now, again, it exports to Dubai in the UAE. It also delivers to the Corte Ingles of Spain as well as to exclusive shops in New York, Zurich and Scotland.

The other meaning of Tenerife Moda.

This is not only the program of the Cabildo of the island, but includes the local government in its town hall. A fancy fashion show poster of 2017 was proof of its efficient strategies for Los Realejos. The yearly presentation of the Gold Needles the Oscar premiums of the fashion and textile industry is also an important part of its scheme. 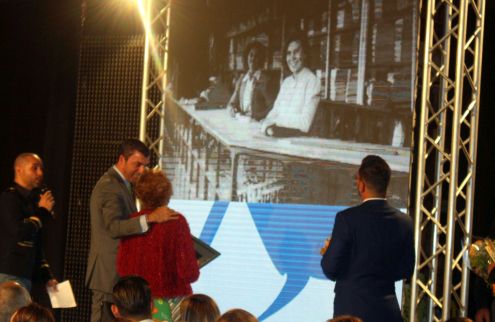 The mayor spoke about the success of the program of the  fashion industry in the Orotava Valley, praised award winners and much more.

This Moda initiative supports with subsidies, with consultants, with advertisement as well as with events. For example, the latter may be fashion trade fairs in the capital of Tenerife, on Gran Canaria, Madrid, Barcelona or only in San Cristóbal de la Laguna.

Sometimes, cat walks are set up in streets and are part of Fiestas i.e. local celebrations like in Los Realejos and its suburb Toscal Longuera.

Fashion with flair from the House of Abissi. 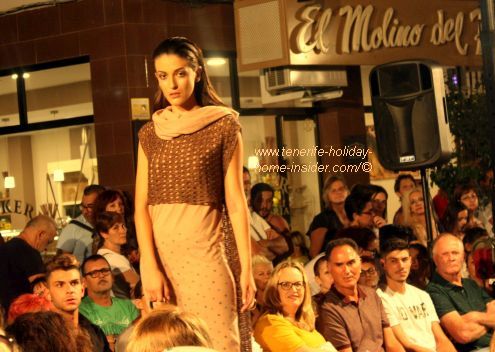 Tenerife Moda by Abissi Spanish fashion with much individual style that is casual and elegant. 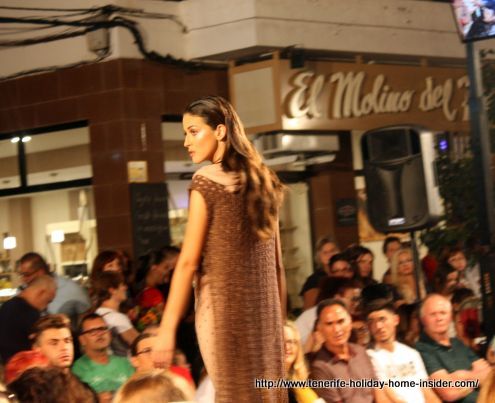 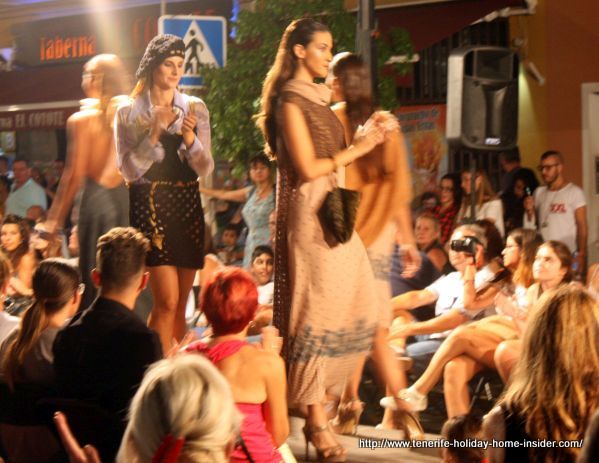 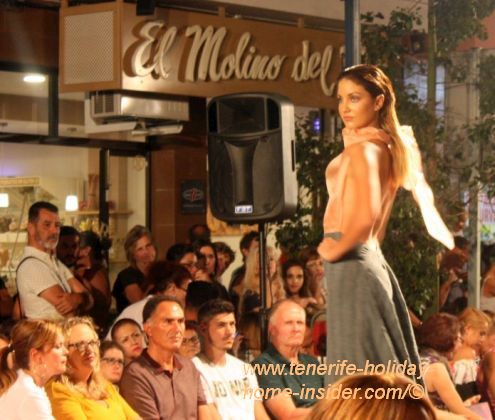 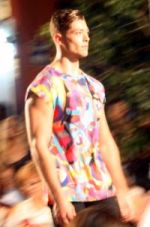 The depicted male model photo beside with a top by De Larosa says a lot.

This model was almost received with roaring applause when he appeared on the catwalk.

It was lovely to see so much innovation for Triathlon swimwear for males, where colors play an important role now. There is also a new and very refreshing trend for surf wear that's worn out of the water. It seems to be highly popular casual clothing for males even around town. De Larosa was surprising at the 2017 fashion show of La Longuera with such breath taking fashion.

Of course there are many more designers, such as M&M Marco & Maria Vintage bridal wear and evening dresses from Tenerife. The latter are already well known on mainland Spain as well as internationally.

Needless to say is that Tenerife hair design is also a major part of fashion and therefore of the economy. 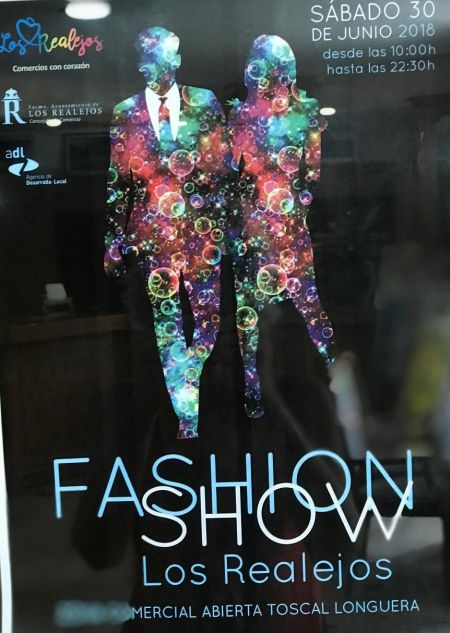 The poster above which advertises June 30 for Toscal Longuera for an early summer fashion street display event is already out and about.

In case, you are curious about Toscal La Longuera, find much info about this Realejos long mile road suburb here.

A very similar fashion show may be seen at the Noche en Blanco Puerto de la Cruz December 02 of 2017 in Calle Quintana.

From Tenerife Moda back to Los Realejos