Tenerife sports in a nutshell.

The absolute Number one of popular Tenerife sports is soccer.

The 2014 World cup was over and at that  time Spain wasn't the winner. That was also the end of The Hyundai park soccer frenzy with its giant screen..

Jogging for more endurance with other sports 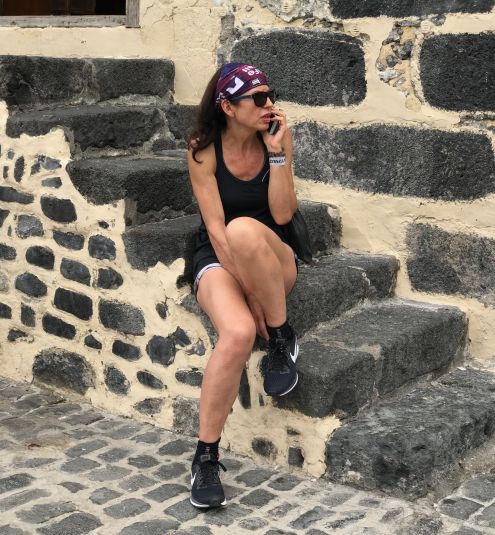 The lady is having a rest on the steps of Casa de la Aduana the oldest building of the town by the Muelle.

The so called Infinite Extreme Corrida in Puerto de la Cruz during its July Fiestas was followed by Los Realejos in Spring 2019. Its obstacles might have delighted the toughest US Marines. Mind the muddy ones were not the hardest to tackle. 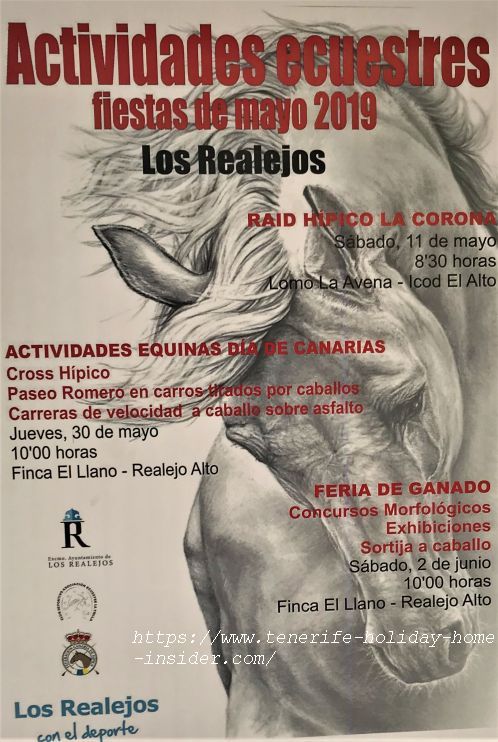 By the way, Los Realejos is getting known as the heart of sports of Tenerife. Los Realejos is now also the capital of equestrian sports of all the Canary Islands. Its races and horse shows have become important events during its May celebrations more about which find under Dia de Canarias when the Autonomy of the seven Canary Islands is celebrated and most of their business comes to a stand-still. Basket ball, Chess, swimming, cycling, junior paragliding, marathons and many more physical activities have become highly prominent in this municipality of Tenerife North. Not to forget is the motor care racing sport in this Northern province. 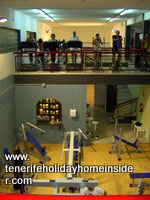 Tenerife isn't short of physical activities. However, a fitness center for weight lifting, equipment training and gymnastics is the only chosen one for many young people.

A Karate Dojo which uses the Kyodaista style is connected to the Bahia gym. Many more dojos of different Karate styles are in other Tenerife towns.

The highly popular Cruz Casablanca Apartments Puerto de la Cruz have a very big center for fitness workout, a picture of which encounter there with name in Spanish. Tenerife yoga classes are advertised quite often, if you were regarding Yoga like a sport. 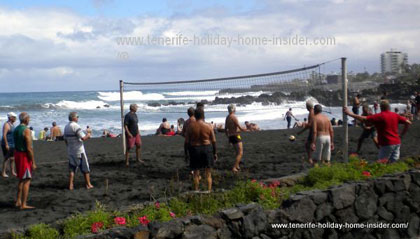 Tenerife sports handball by the beach

Depicted is a match in March 2014. Middle age tourists seemed to have much fun. This was by Beach Punta Brava in Puerto de la Cruz. Handball which can be more controlled in a small area is an ideal team sport for seashores as well as for holidays. In this case, only men took part with a single woman that seemed to coach them.

The first tournament of Club Balonmano of Arona handball by Los Cristianos took place on May 09, 2015 with two age groups of youngsters that delighted passers-by. In that case both boy and girl teams from La Guancha and Arona were competing.

Very long Tenerife beaches would be needed to play football.. Even El Medano shores are not long enough, as not to molest other sports or sunbathers.

Winter sports are not yet on the agenda of Tenerife sports. Only Mount Teide and its huge collapsed crater have snow between about December and Easter. However, most of the volcanic terrain by Teide is not suited for any sports, except hiking, walking and friendly snowball fights. The location is also part of a fragile ecological system.

A snow piste for Tenerife?

News in early 2014 announced the Tenerife Island government's intention to rectify the above mentioned facts. The construction of a snow piste for winter sports by Mount Teide is now being considered for the first time.

There is ice skating in winter on the modern, artificial lake by Plaza de España in Santa Cruz the Tenerife capital.

The same sport was possible near the Puerto de la Cruz Muelle in the past.

There are no Tenerife sports, such as figure skating and snow boarding either. 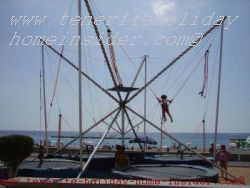 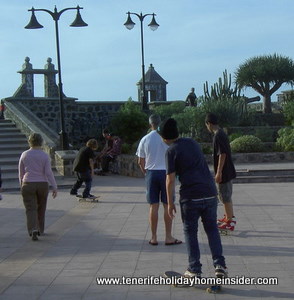 A big sports palace is opposite Hotel Maritim where the 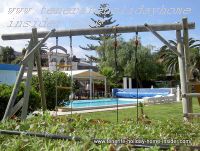 Portrayed beside La Romantica II tennis club pool, which is one of three in Toscal Longuera of Realejos. 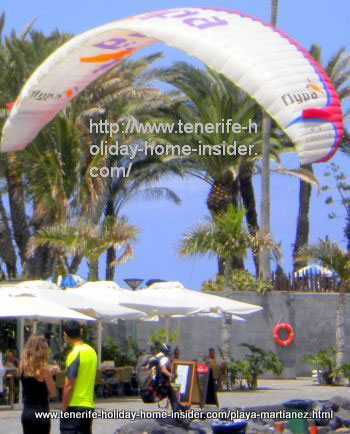 There, Tenerife golf with 18 holes is practiced by thousands of tourist. However, it's a British expat the old golfer who writes best about golfing and the many championships and events on the island. Tenerife's greens are so popular because the weather for them is so unbeatable and so are the locations, the designs and accommodation by its clubs. 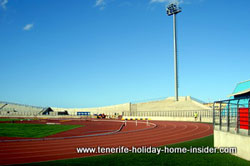 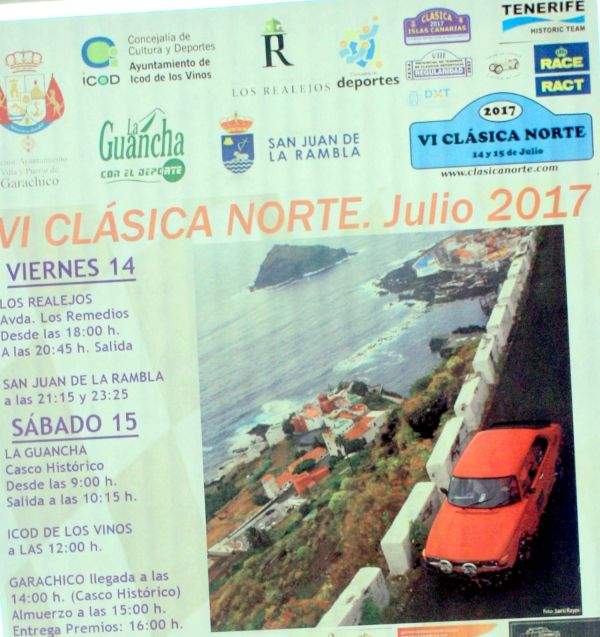 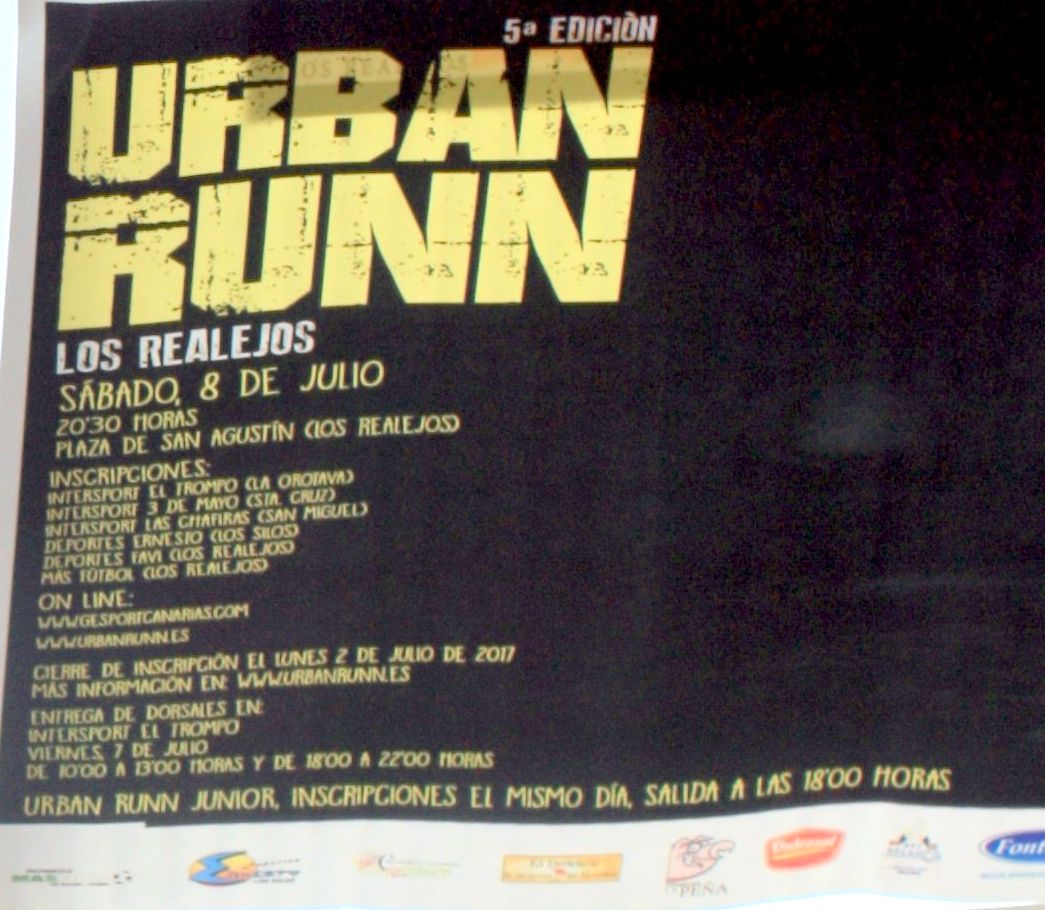 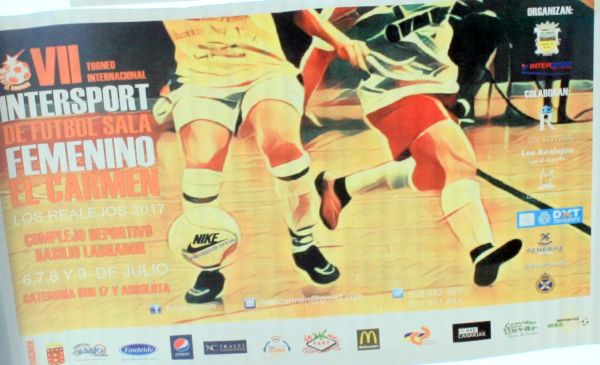 More about this prestigious European Marathon.

Sports that have been stopped.

An acquaintance of mine never forgot his motorbike tour which he did in the Canadas del Teide. The crater of Spains highest peak is also highly popular for walking and hiking while this most rewarding of Tenerife sports gets you to explore an island of immense diversity.

There is no professional horse riding in Tenerife nor are there international horse races. I have heard of a fun race with horses which took place during an Adeje Fiesta in 2013, though. Los Realejos also has horse races in April which is just for fun. It has also come to my notice that this hotel offers riding to tourists.

2012 news were made by the new sports center of Adeje called El Galéon. It hosts virtually almost all known latest trends of Tenerife sports, except for snow.

Marvel at the elderly sport park pictures Tenerife photos Bocce, with the bocce game being similar to playing boule, jeu de boules or even lawn bowls, while the latter is still practiced at Club Alvaro's in La Paz Puerto de la Cruz of Tenerife North.

Discover more Tenerife images while the next depicts aerobic exercises in Park Garcia Sanabria. Aerobics are also best for the elderly or for anybody who isn't allowed to do contact sports for orthopedic reasons which is a second option to stay healthy just like playing bowls or bocce.

Kindly note:
Please, pay it forward if you liked my little article. Click "plus one" which is the icon below. Thank you...


Have a story about any Tenerife sports ?

Tell some funny story of the most clumsy golfing or cayaking or a diving adventure of yours. Share anything cool at Tenerife articles where your getting public is made very fast and easy. Don't forget that great photo either. It's fun.

From Tenerife sports back to Tenerife attractions where water sports take center stage with tourists.