The Tenerife Estanco for cheapest cigarettes or other.

Ever heard about the Tenerife Estanco or the one for all over Spain and the Spanish colonies?

It used to be one of most interesting business ventures in the past and very typical for the Spanish way of life.

However now, soon that government monopoly may  disappear like the unusual profession of the "Cochinero" the traveling piglet salesman of Icod del Alto. 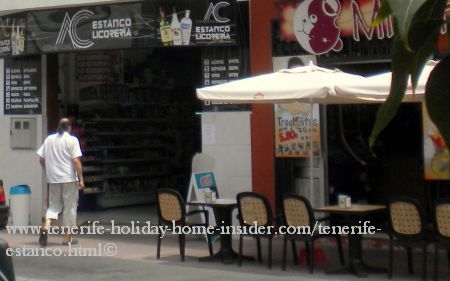 The Estanco that replaced shop Tienda Fruteria Maria Carmen in 2015.

This new shop calls itself "Estanco" which is like an agency of the state of Spain.

It has no Titsa bus or Telephone cards, no postage stamps, no printed contracts and the like that you can buy. All those items would be typical for the genuine Timbre government Bazar, Kiosko i.e. the Estanco of Spain. 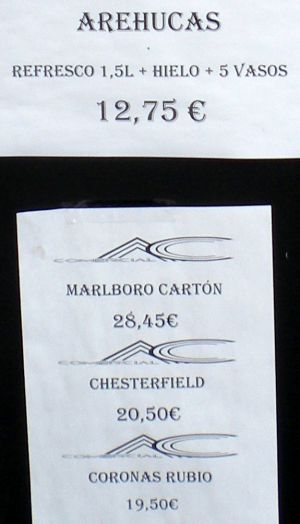 Mind that those prices will not be cast in stone.

The shop attendant said that some of its goods are cheaper than at the Mercadona and Hiperdino supermarkets but he wouldn't know corresponding Alcampo prices.

The other helpful service it renders is the charging of mobile phones.

Short history of the Spain and Tenerife Estanco

Estancos date back more than 400 years. Initially, they were a means for the government to collect in advance luxury tax for Tobacco and related articles as well as alcohol by way of licenses. Postage stamps were the third basic service. That's why some Estancos have "Timbre" and "Correos" written on their shop facade.

The estanco by the little port of Puerto de la Cruz

The first Estanco agency shop I knew was pointed out to me by a lawyer on Plaza del Charco in 2003. He sent me to Don Francisco's to get a document to apply for the "Últimas voluntades" that are needed for inheritance in Spain.

Don Francisco's Estanco has been around now for 111 years since 1904.

He took it over as a family business, long time ago. 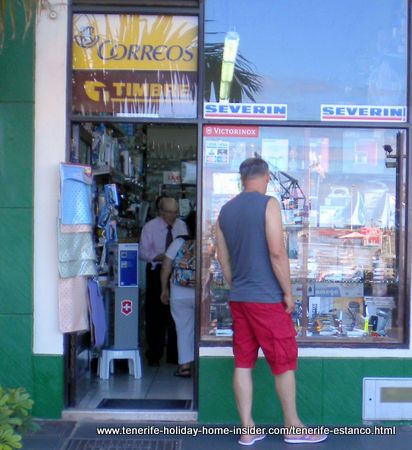 Tenerife Estanco a real one

The elderly Don Francisco is a charming gentleman of the old school. He has a track record for helping very much.

Notice that his shop with a regular yellow government postal box in its entrance is more like a store although it looks rather small. 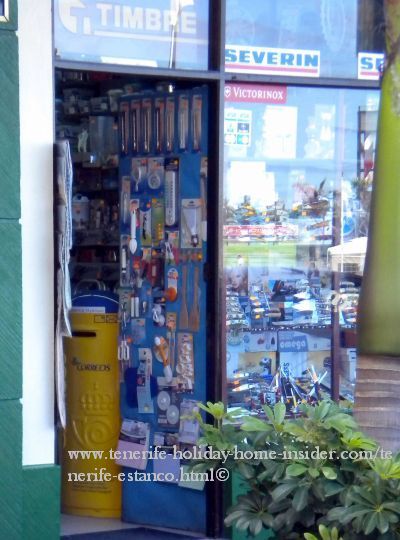 No need for a lawyer or a Gestor agent for some chores, as long as you know a little Spanish or have an acquaintance who does. Go to the Teneife Estanco of Don Francisco... Any holiday home in Tenerife owner with any kind of problems could only win by consulting this Cosmopolitan man who speaks Spanish, German, English and even some Norwegian and French. He will say that he will always try to assist as best he can.

Two recommended Estancos for liquor and cigarettes in Puerto Cruz 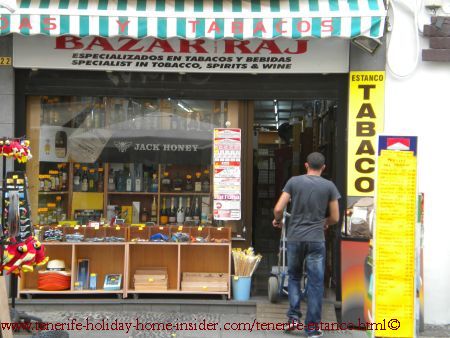 Raj in Calle San Juan seems to have the cheapest classic Marlboro cigarettes. They cost €27,95 while Chesterfields are on par with the Longuera's Estanco. However, Raj stocks the excellent Brandy Cardenal Mendoza for under €23 which is a real bargain with more surprises on the shelves.

Want to own an Estanco business in Tenerife?

Only a limited amount of those government agency shops exist with 52 listed in Tenerife's Yellow Pages. Their shop licenses are said to be expensive. Bear this in mind in case you want to acquire such an existing business or even a franchise of it.

General information for Estancos in Spain in Spanish only

Puerto de la Cruz carnival and what Don Francisco thinks about its history.