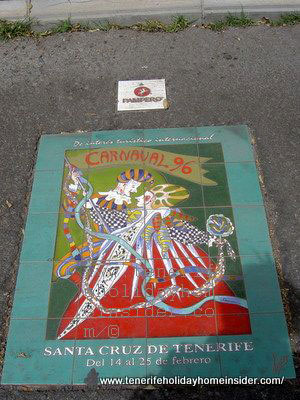 Carnival poster Tenerife 1996
Carnival posters have become part of Spanish traditions on mainland Spain in Cardiz, as well as in its sunny holiday province Tenerife which is the biggest of the Canary Islands.

Of course, it's great fun to plan and to prepare the celebrations where marketing with graphics is important.

The carnival publicity of 1996 with two stylized Harlequins cast in stone was one of the first that were created.

More than 56 such poster designs with varied themes have been done since 1962. 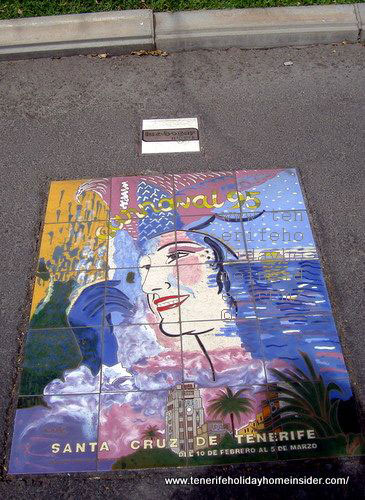 Carnival publicity of 1995 composition of floor tiles
Another colorful poster was designed for the capital Santa Cruz de Tenerife in 1995. This year is marked in its upper part. The blue ocean and palms emphasize a fortunate climate. The carnival beauty with her party glitter and garlands stands for fun, fame and glamour.

In the past, known craftsmen from mainland Spain created the posters. From 2009 onward, local Tenerife designers were preferred. From then on, everybody had a chance to win the poster contest for the most famous mad season of Santa Cruz.

Even so called Talleres which are workshops enrol adults and children in the Tenerife capital to become creative with Carnival design. 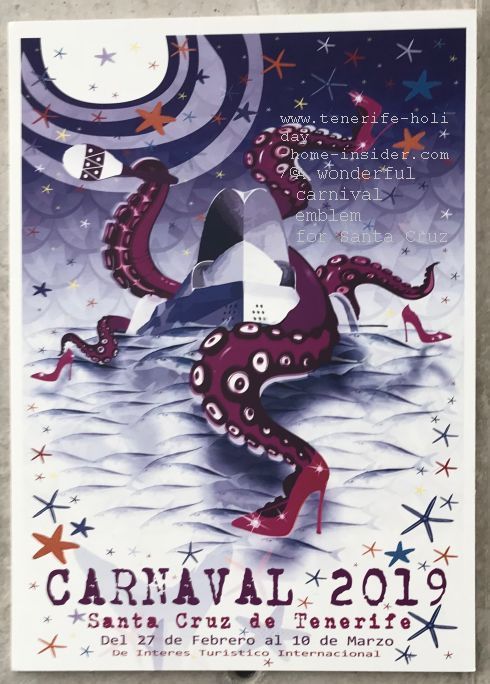 Giant Octopus Tenerife candidate out of ten Carnival posters for 2019 an amazing emblem to symbolize the all embracing celebration and spirit that won't let you go once in its grip.

See many of the printed carnival fun advertisements by the following video...

Location of the Carnival posters made of floor tiles

They were all cast in stone and slightly spaced out in one long row in the pavement under shady trees. A large parking space for cars is next to it.

Tiny plaques above them indicate names of sponsors, such as the Lanzarote surf shop Pampero.

The man who should be thanked for this street art

His ongoing carnival support was praised in calligraphy on one last poster.

Thanks to him the poster paintings on stone became reality.

The artistic writing was placed on white ceramic tiles which complements this extraordinary street art of Tenerife. 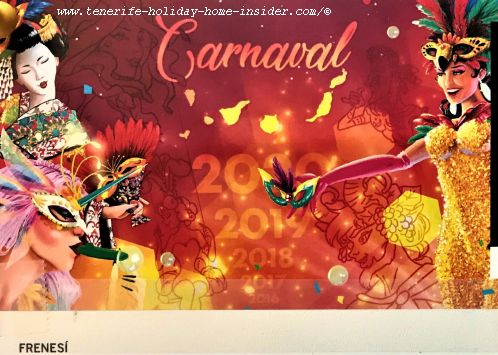 From carnival posters back to Tenerife attractions carnival.