The suspended Carnival in Tenerife concerns not only Arona, but related events of the entire region. This includes Playa de las Americas, Adeje as well as Costa Adeje and any other smaller places nearby. 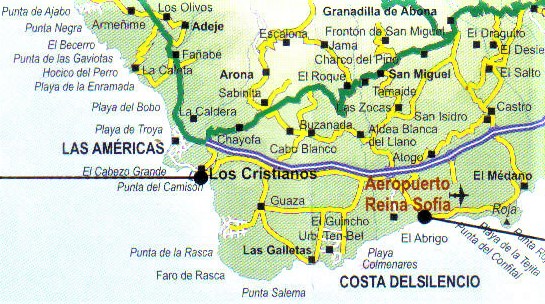 Carnival in Tenerife suspended by a regional map around Arona and Los Cristianos, with Granadilla de Abona as well as El Medano depicted, while Candelaria and Los Gigantes are not shown

Why did I decide to publish an article on its own about this dilemma?

Even many webmasters and bloggers still are not aware of those sad changes that concern the entire South of Tenerife but also La Guancha. The other locations which postponed the 2020 disguise celebrations are Los Gigantes (Santiago del Teide), Candelaria and Granadilla better known for El Medano.

Such measures were taken on recommendation by the Town Halls (Ayuntamientos) of the relative locations as well as by the Government of the Canary Islands.


What is to blame for the Carnival in Tenerife cancellation?

Culprits are the Coronavirus Covid-19 and the fact that it has been declared a pandemic by the WHO World Health Organization on Wednesday 11 of March 2020. Tenerife and the Canary Islands have all the reasons to adhere to it, as by March 13, 2020 nineteen infected people had been registered in the archipelago since March. The Canary Island Government but also the Cabildo President Pedro Martïn of Tenerife decided to follow in the steps of precautions of other nations, as all continents except the Antarctis have been affected.

Is Carnival in Tenerife the only event that has suffered?

No, there are all major events for more than 1000 members or spectators for culture, sport and education. However, I notice that some Town Halls have granted exceptions which is very much subject to change, though.
The hardest for local people is that all educational institutions from Kindergardens to universities have been closed temporary.

All recreational parks and camping grounds including the Tenerife National Park Cañadas del Teide have been closed for time being for at least two weeks (Subject to prolongation) Above all, since the Spain National Estate of emergency has been declared on the night of March 14 of 2020. No more Tenerife Titsa buses drive there.

From Carnival in Tenerife suspensions back to Tenerife attractions carnival

Explanations in Spanish by the authorities of the Arona Los Cristianos government website regarding the postponement i.e.suspension of its carnival