What other vital dog vaccines for Tenerife not to forget besides Rabies? 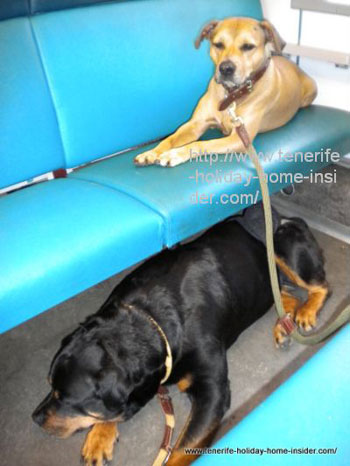 dog travel, netherland train
Dog vaccines were not number one on the list when my daughter was planning dog holidays in Tenerife.

Both her dogs had up to date travel passports.

There were the Rabies inoculation stamps, the microchip numbers and other data.

Both were used to 'Frontline' treatment against fleas and ticks.

Ticks are rather menacing on all Canary Islands.

Trust the vet
of your chosen destination

I was to ask the local vet if the mixed dog breed of our Jesse was welcome in Tenerife. There was no problem with that.

Then he surprised us with totally unexpected advice.

He said, not to forget dog vaccines to prevent heartworm disease with the Latin name Dirofilaria immitis. The injection should have been done at least 21 days before travel. He said that the 'Filaria' parasites loved mosquitoes as well as dogs and are often found in and near banana plantations but, not only.

The cycle of the Heartworm disease

Indeed, those worms are not to be taken lightly. The adult worms settle. in the right chamber of the heart and large blood vessels around it as well as in the main lung artery. Also, they may enter the liver which will cause jaundice symptoms. Up to 30 worms have been found in a single dog. Grown ones are 10mm thick and about as long as commercial spaghetti.

Their offspring microfilaria change host when one of 70 different species of mosquitoes sucks the dog's blood. Infectious larva of 30 different types may develop inside the mosquitoes within 10 to 13 days. They then are re-injected when the insect bites the next canine.

Heartworms are a very rare threat to humans, contrary to the Rabies virus. However, the nasty crawlers will be a nightmare for every pet owner and hell for a poor dog who suffers from them. Cures are time consuming and costly. It's an extreme risk to conquer the worms. Why? Thrombosis is common by dead ones that may block arteries.

Heartworms one of most nasty dog diseases. 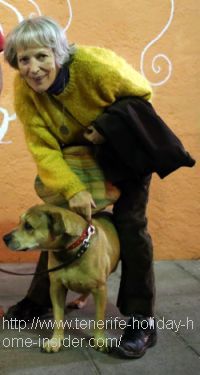 By the way, Dirofilaria Immitis is tricky like the cancer that destroys the Pancreas.

Real alarming symptoms only appear when it's virtually too late. This may be for mature macro-worms between 5 and 7 years of age. However, there is hope.

Can dog vaccines for heartworms be given any time?

So in August 2014, I called our Toscal Longuera vet, as I had forgotten to renew the vaccination.

I was too late. He couldn't administer it. It may have killed our Jesse, had she caught the disease already. I was terrified. Needless to say, I did a lot of research. Now, I was responsible for my daughter's pet, as it hadn't returned home after its holidays.

However, Jesse and I were lucky so far. Her blood test showed no infection. Now, she could be vaccinated.

Veterinarian studies of the University Munich of Germany revealed that the Parasite Dirofilaria immitis is well established on the Islands of Tenerife by 61 percent and in La Palma by 32 percent. Tests had been done with 700 dogs of all sorts of ways of life. Only Italy with its Valley of the river Po is said to have an infection of as much as 95 percent. However, growing dog keeping on the islands as well as Tenerife dog travel become an immense risk factor. Also, many don't care about vaccinations.

Luckily, most dog travel from the UK takes place in winter when hardly mosquitoes abound in the Canary Islands.

Dog vaccines against heartworms in puppies

7 month old puppies can already be inoculated but should be tested 6 months, later. Why? Any infection in a puppy which was less than 7 month old wouldn't have shown up and immature Filaria worms wouldn't be dangerous yet.

What about other mammals?

I assumed that you wouldn't go on holiday with those and didn't mention any. Indeed, wolves, felines, ferrets, foxes, coyotes and sea lions are known to attract the disease also. 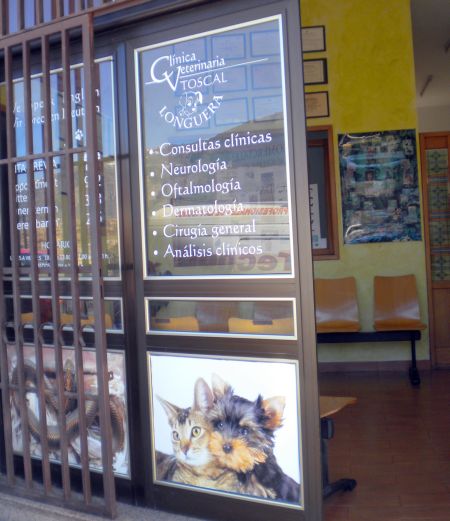 Tenerife vet in Toscal Longuera
The list of services by this Tenerife vet is too long to display on the entrance door of his clinic in Monturrio Street, 21 - Tel.: 922383215.

From dog vaccines back to La Longuera where our vet vet is part of Tenerife business.