El Castillo Los Realejos public museum a fact of the past 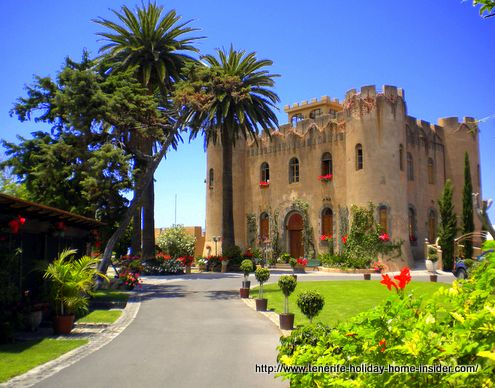 This look-alike castle even has a battlement with parapet on its flat roof. Hence, it has that waist high wall all around. There are the regular gaps to shoot bows, arrows and other missiles. Indeed, a very prominent landmark that reminds medieval times. 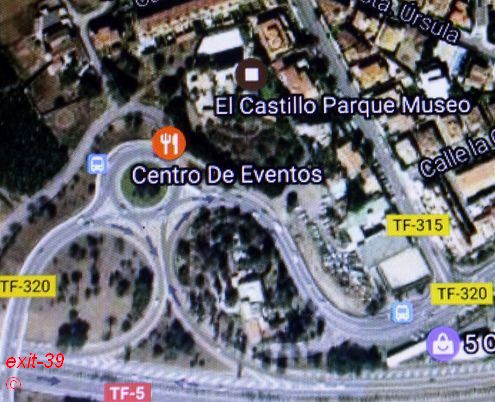 However, the Tenerife holiday home insider has stumbled upon the issue portrayed above, once too often. That has become an eye sore.

In this context, she has to apologize to Google, as she was offered to help as a guide in relation to roads. That may mean places, too. However, she could not be of much help, as she's not a driver any more.

So what's the problem with El Castillo Los Realejos?

A few years ago, she took heart and entered by its open park gate. She wanted to visit its museum.

She had second thoughts. 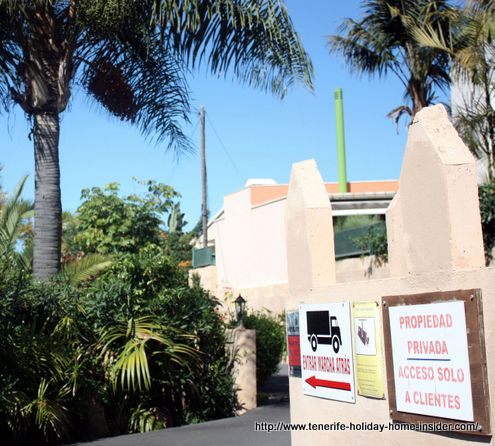 By the way, nothing was there about any museum.   Hence, she asked a gardener whom she saw where she could find it.

He wanted to know if she had a Cita an invitation. She didn't. So he added that she wasn't allowed to enter but, would find the company's phone number outside by the open gate. 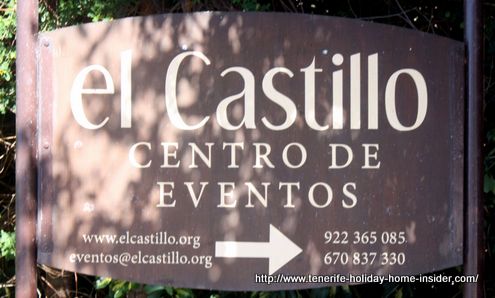 Indeed, the signpost Centro de Eventos with website is big.

It offers catering for weddings and the like, as you may guess.

An interesting article about El Castillo Los Realejos in the Media.

It is by El Dia the newspaper. It dates back to 1980. It cites many names of people of high standing. It even mentions periods when they lived. Some were related to the historical Capitano Weyler. He was trained in the Tenerife capital and became famous as a governor in a South American colony of Spain.

Otherwise, Louis Renshaw the son of a North American Consul of Santa Cruz de Tenerife is mentioned as a fan of the castle park. He is mentioned as the Castillo's first owner, who is said to have built it in 1862 according to the latest Los Realejos tourism records.

In any case, it dates back to the end of XIX just like the Casa del Agua of Realejos La Gordejuela that looks even more than 500 years old.

Yet the author of the article regrets that there's hardly anything left of the  former six halls of the museum. It's also said that the construction of the Carretera del Norte is to blame for it. 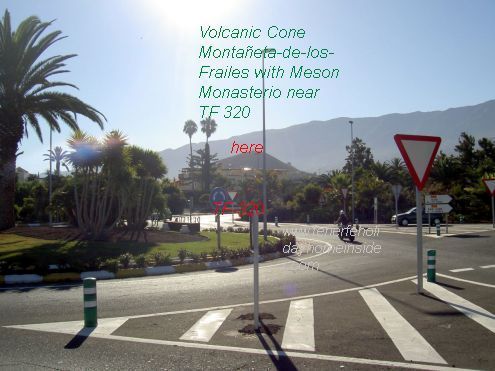 See for yourself on the photo above. There's the  new traffic circle that borders the Castillo. Also make out the ancient La Vera road now called TF 320 and the turnoff to the TF5. It leads to San Juan de la Rambla and Icod de los Vinos on the right.

In the past until 1980, there really seems to have been a museum in this spot by the TF5 and TF320 traffic circle with the Address Hacienda Castillo, 2. However adjacent there now, much is also taken up by a yard with second hand vehicles. More new houses have sprung up on two sides behind. as well.

Some agents lie for better sales.

Otherwise, it must be said that it's hair raising how different celebrities pop up as previous owners of this castle imitation of Realejos. False stories may have been told by real estate agents to make a better deal.  For example,  the Tenerife holiday home Insider's Houghton Johannesburg mansion was advertised for sale online by an agent, not long ago. He wrote it was built by the diamond Magnet Cullinan. A blatant lie. Cullinan owned it about 30 years later. The person who built it wasn't famous enough. How can we believe what's in the Internet?

Read the Spanish Media article with a clue about the Museo the Museum of the Castillo, here.