The term Fiesta del Carmen is still prominent in Los Realejos contrary to the celebration in the oldest Tenerife resort.
One may wonder why.

Times have changed in Puerto de la Cruz, though, after almost two years of Corona restrictions without hardly any events. Hence there, the ancient tourist resort is taking a huge summer break of jolly partying while the Grandes Fiestas de Julio are now advertised everywhere. 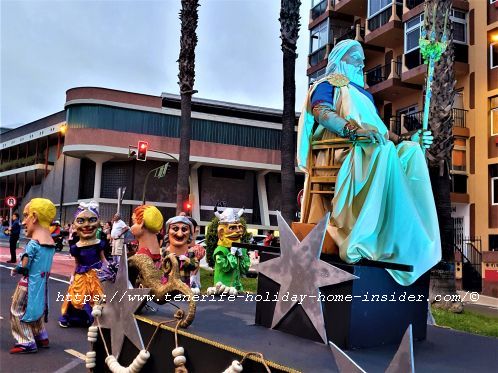 Is Poseidon replacing the main symbol of Fiesta del Carmen ?

I stumbled upon the Puerto Cruz Cabalgata announcing event on July 08. Then,  the Greek God Poseidon of the ocean featured with his trident on a float. He was followed by giant Disney characters.  Poseidon seems to have replaced Our Lady of Carmen the patroness of the Puerto Cruz fishing folks and the sea.

Also, another tradition has been revived in the oldest Tenerife resort. That's the Lazy Bones called El Haragán. Fireworks followed his burning in the town's little harbor.
It's said that this character has arrived from another Tenerife town. 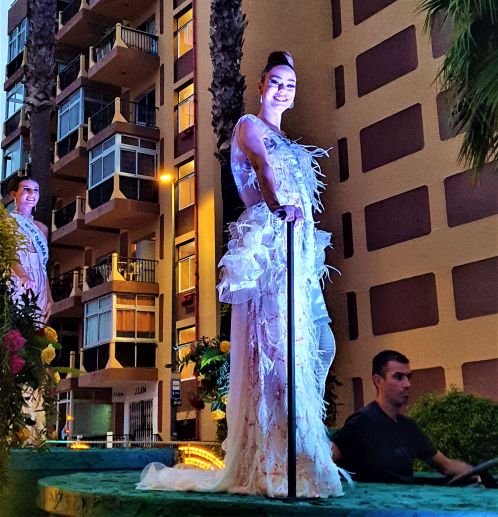 The Puerto summer festivals have been scheduled from July 06 to July 31. The previously cancelled Puerto de la Cruz Carnival will follow suite.

Sunday of July 10 as well as Monday 11 of 2022 will be the day of the procession of El Gran Poder de Dios in Puerto Cruz which see here. 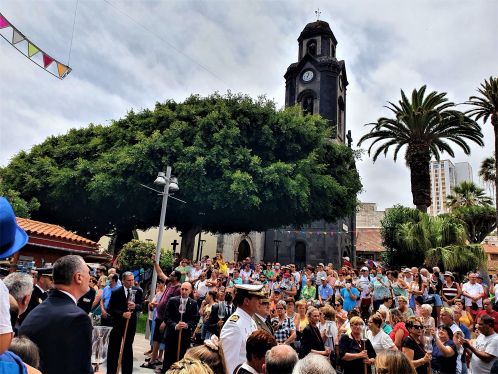 Not to be missed are the town's highly popular events on Tuesday July 12 with the Chocolata for kids as well as the Children Fishing contests early in the morning. They are followed by the Gran Cucaña at 3p.m. and by the procession and ocean spectacle with the statue of Nuestra Señora  Maria del Carmen, shortly after.
More about these Highlights at Fiestas del Carmen here. 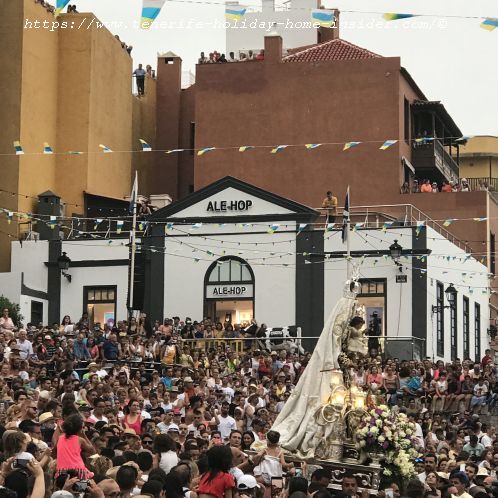 Other spectacles of July will be repeated events of the Cook Fest where the Pet Shop Boys participate in the stadium of el Peron. Tickets may be bought at newevent.es.

A beer Fest as well as "Jazz and more"  will take place on the Martianez Avenue between July 20 and July 31. Folk music with songs will fill the streets of the ancient fishing enclave of the North on many nights. Various other surprises will be up for kids and for grown-ups. Get a detailed event plan at the friendly Puerto tourist office to find out more.

From Fiesta del Carmen back to Entertainment-Tenerife