Little known experience with care for health in Tenerife.

Indeed, it can't be naively assumed that care for health in Tenerife isn't part of the modern rat race.

A UK webmaster said not to worry and that you would always be treated medically in Tenerife in times of need.

Not true, as it all depends on the circumstances. The Hypocratic oath by the ancient Greek can't just be taken for granted.

Health care isn't so freely available. Even cheap garlic has its beneficial limits. 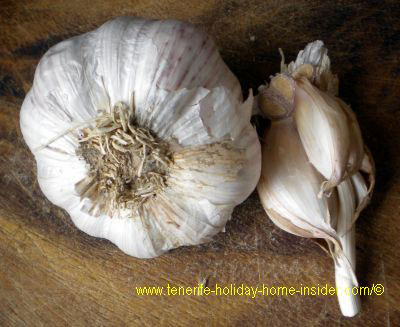 Why is free medical treatment not part of European human rights when countless refuges receive it?

Well, the latter is due to political correctness in Germany, hence an exception. Otherwise,  you can only expect medical help for health in Tenerife if you paid in social contributions beforehand. You could also do that by being self employed.

You can only receive it after you have returned to your home country and have claimed social welfare. However, you must prove that you have been poor below the poverty line for at least seven years. A lot of red tape is involved, as you may guess. Those are German rules and it may be assumed that those in the UK and other European countries are similar.

Conclusion for better health in Tenerife

As you may guess, the Tenerife holiday home Insider lost her governmental social security medical insurance, a long time ago.

In 2001,  she needed a work contract first to be able to get back into its system in Europe. However, there was no such employment at her age.

Meantime, her private Spanish Adeslas health care insurance helped much, until its yearly policy payments started to peak. That is normal when a person reaches a certain age.  Also, there was no chance any more to contract its cheaper policy option which was only available for newcomers.

Eventually,  she found DKV in Tenerife for health care in Spain Tenerife.   It had an interesting option for "limited cover".

This was for hospital stays due to surgery or grave illness, such as cancer when even specialist doctors will  be paid for.  However, not with minor problems. Now, her fees have only risen to round about 90 Euro a month after a few years. Therefor,  she  doesn't mind to visit a doctor and pay out of her own pocket if need be.

Also, her healthier life style nowadays is the very best health care in Spain, while the Tenerife climate helps  much.

By the way, her pension even covers a small percentage of the DKV insurance. It all helps, you know...

If only she could earn a bit of commission by affiliating to this affordable medical cover However, this insurance company is tops in the charts and doesn't need her.

Return from health in Tenerife to health care in Spain and Tenerife.

By the way, the USA also seem to have a problem with early medical attendance besides Spain as reported by Wikipedia a reliable source of information, while payment is not the main hurdle.