La Montaneta de Los Frailes for Tenerife things to do

La Montaneta a volcanic cone better known as Montañeta del Fraile or de Los Frailes or Meson Monasterio is most popular with tourist hikers and as a view-point for Tenerife North.
There's also a  pilgrimage Romeria Fiesta de la Cruz on May 03 every year to the chapel on top of this mount. Traditional folk groups with musicians and dancers of the nearby village that's named like the elevation climb it. They come with decorated wagons and ox-carts that have attached barbecues. There is free food and all ends with fireworks at night. 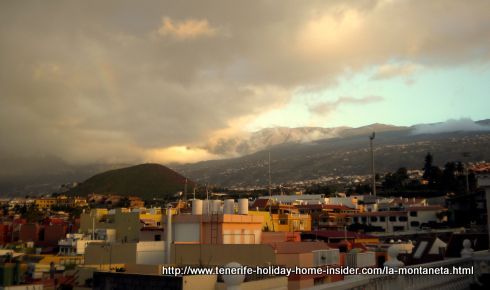 It's a most unusual green volcano thanks to moist Elysian winds during the warmer seasons of the year.

Access the elevation's West slope from Calle La Higuerita of the hamlet El Jardin. Ferns grow on it but, also huge fields with the Paris Daisy, Wild Lavender and more. 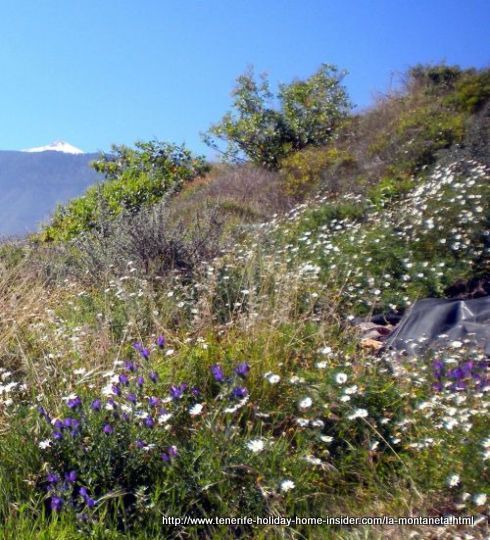 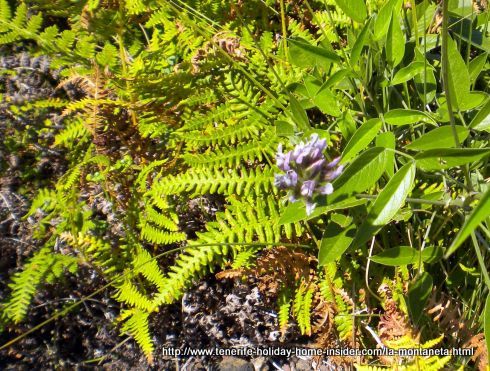 The abundance of green plants render the small mountain pleasant for walking in Tenerife.

What makes it an exceptional stratovolcano for climbing? 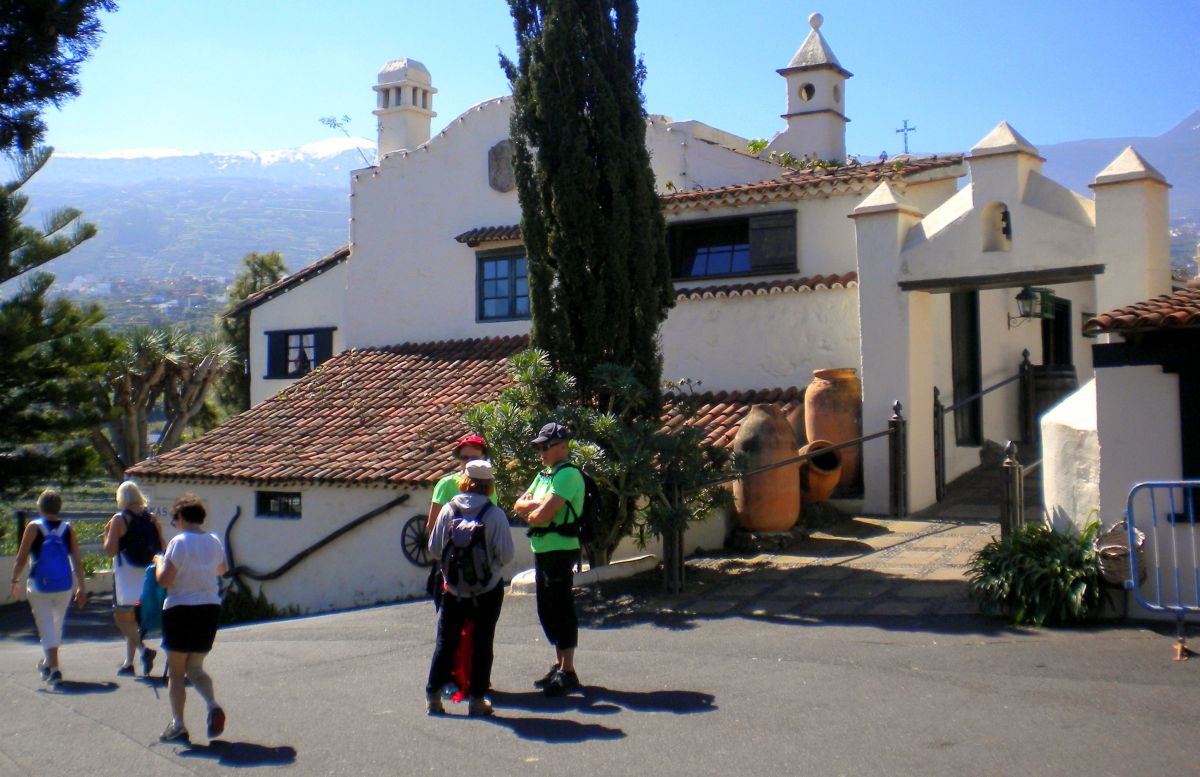 North of Meson Monasterio departure point for climbing a volcano

Spot a Via Crucis below which starts in a stunning, man made park with xerophytic and other plant landscaping... 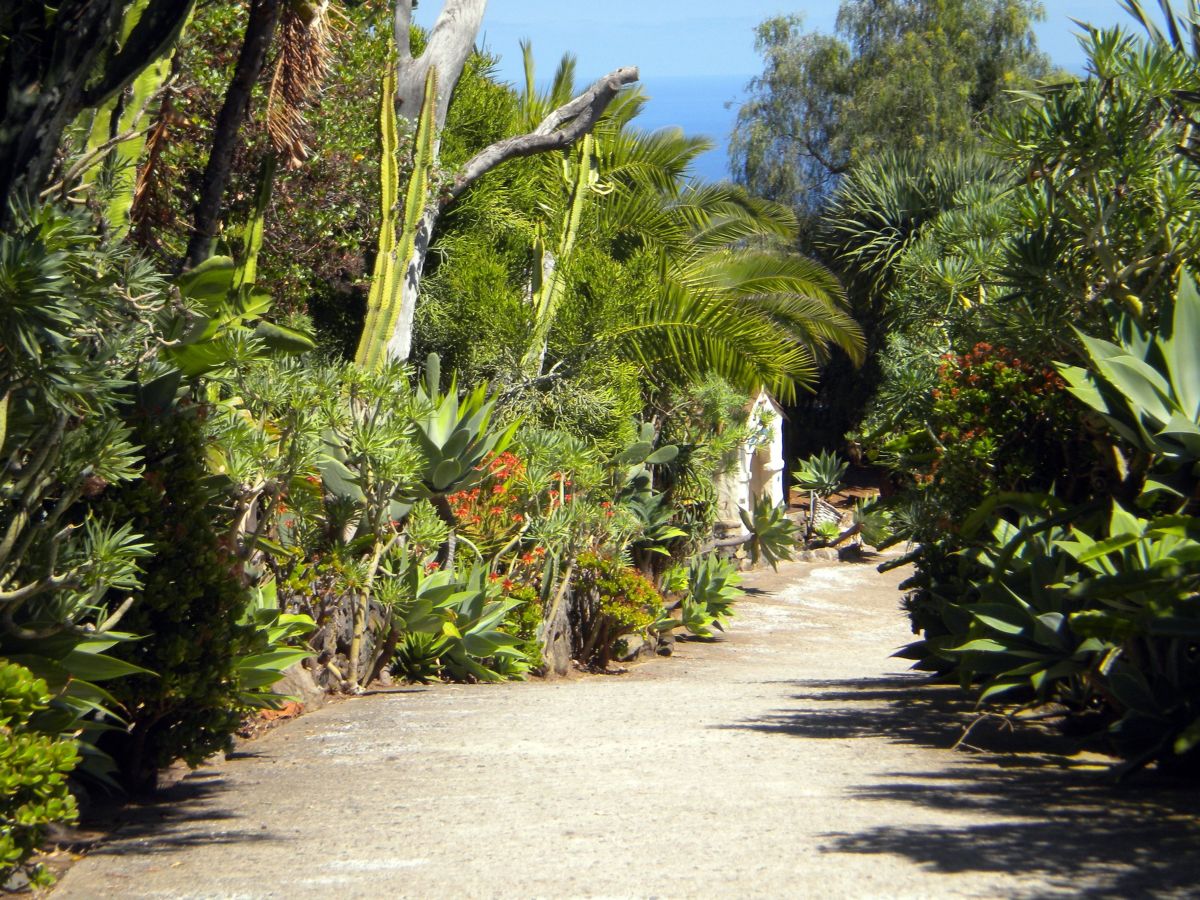 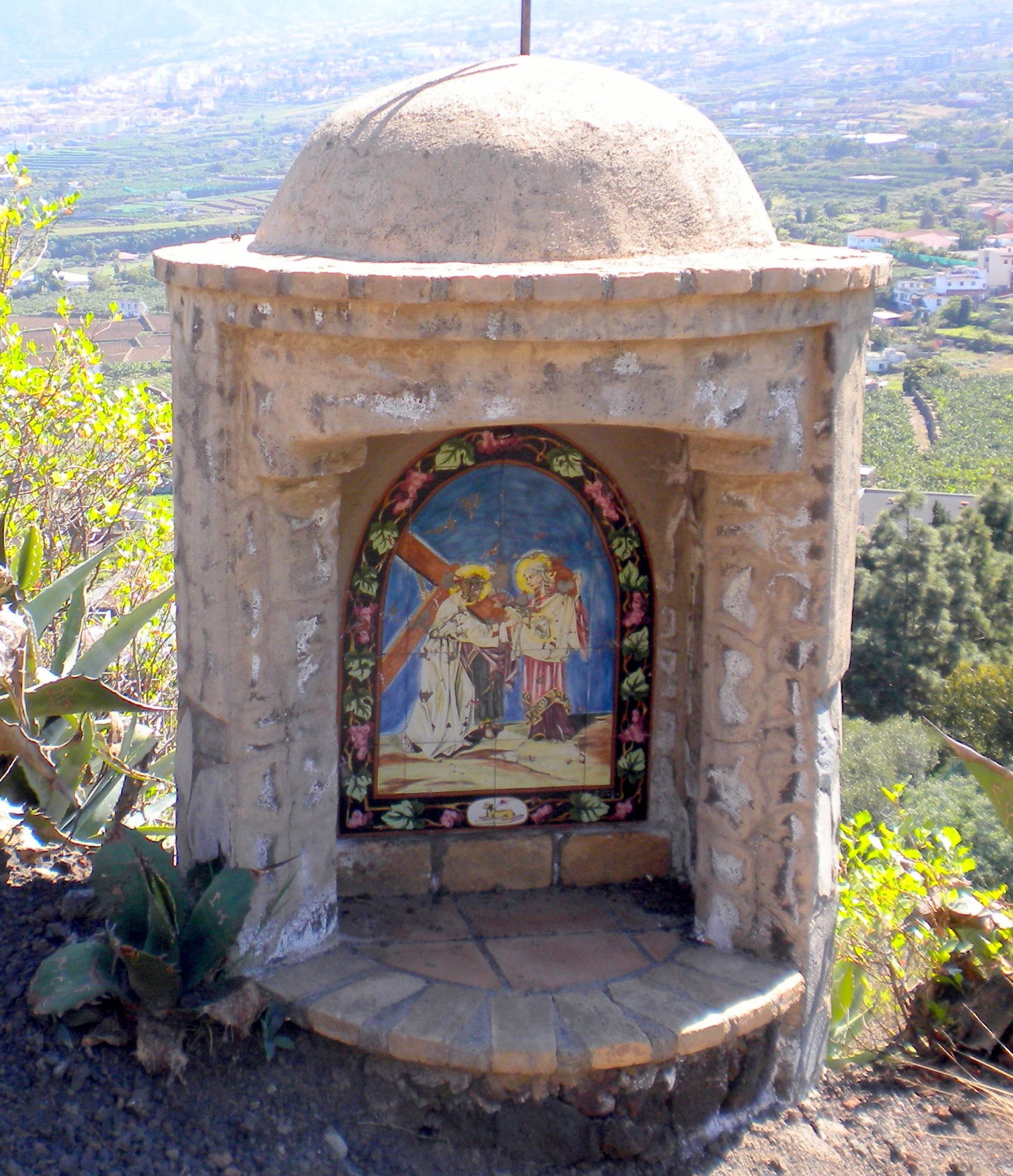 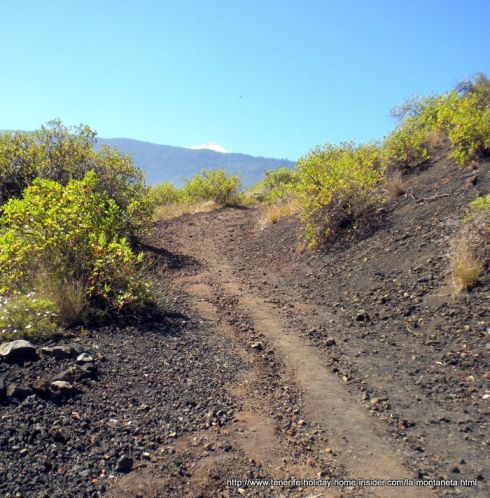 Last track to the top with its rare chapel

Again no trees, but only low growing shrubs and cushions of Canary Island daisies along the horse trail. Finally the climb ends by the chapel Ermita de la Cruz on the mountain top with magic views all around. 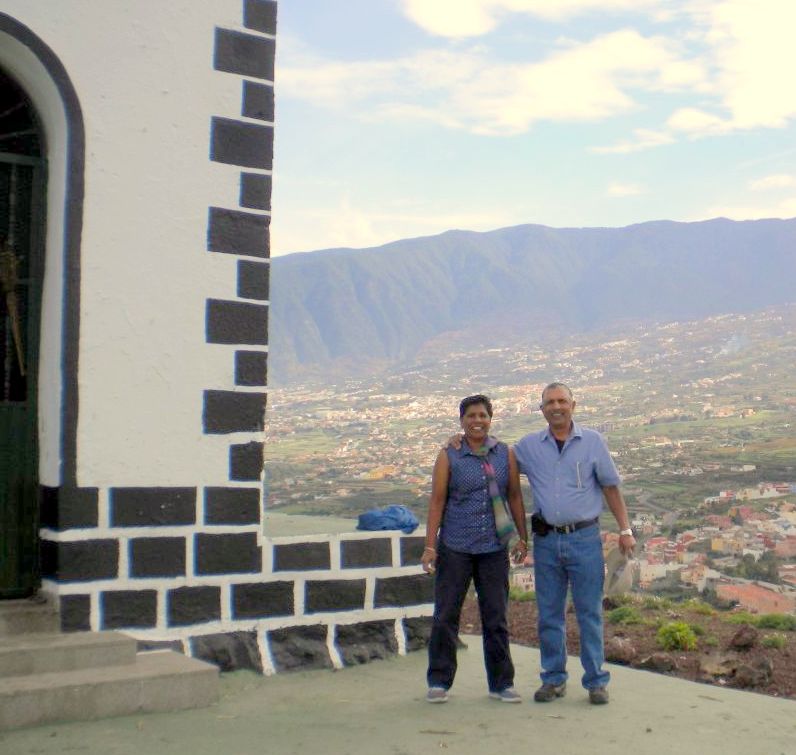 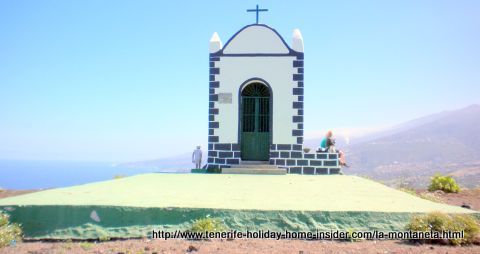 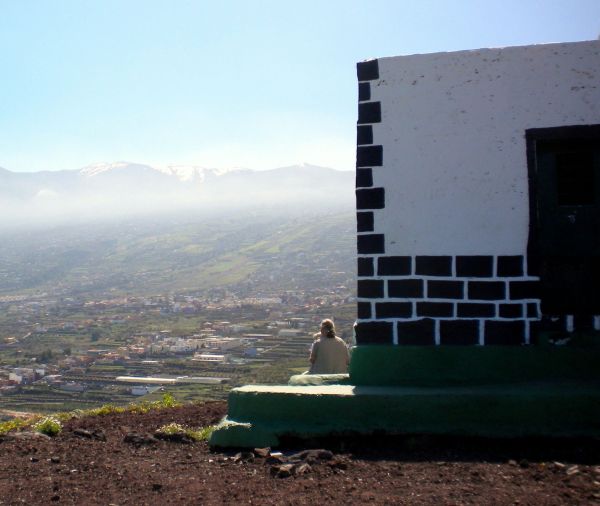 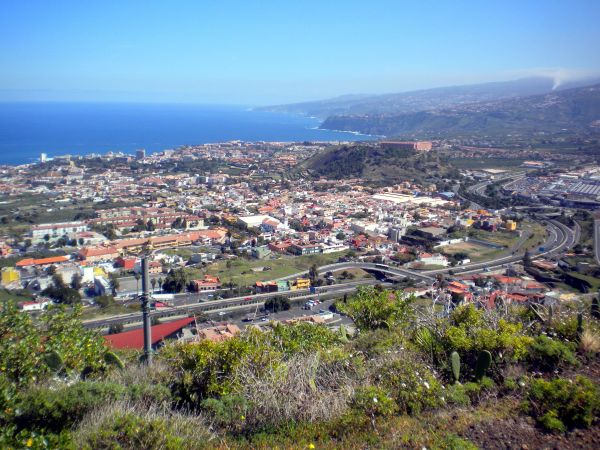 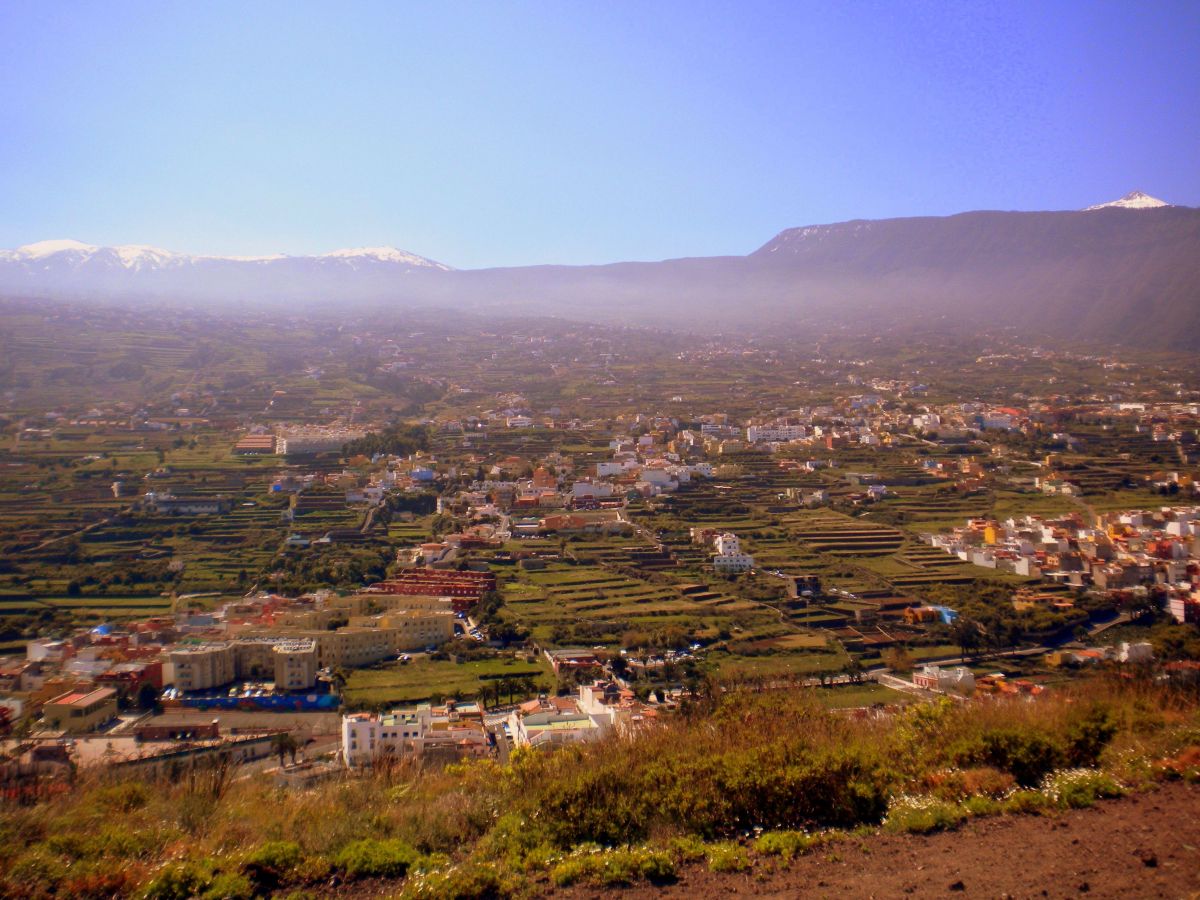 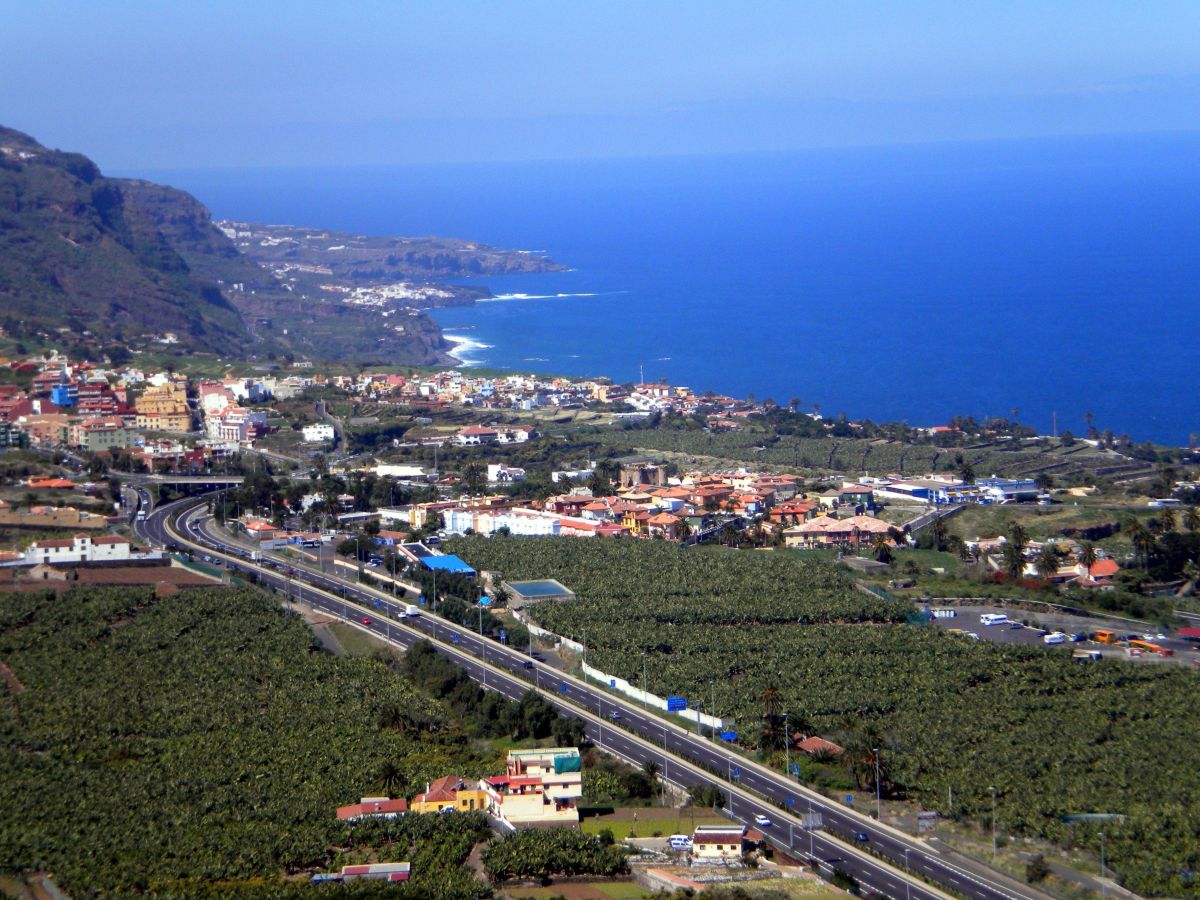 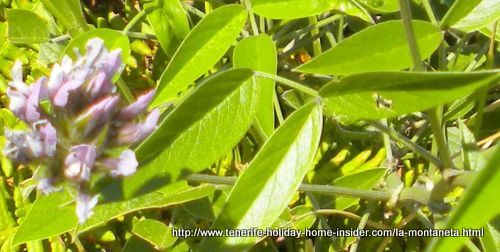 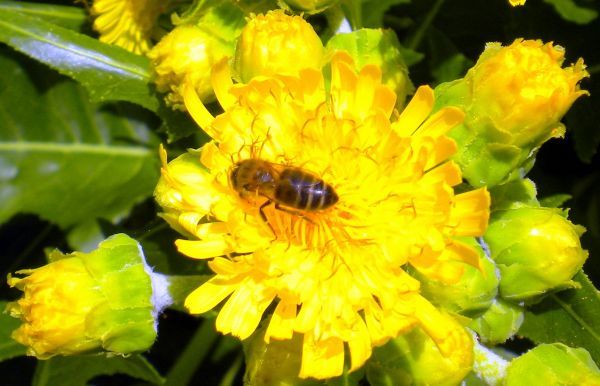 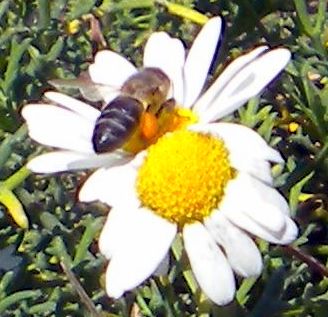 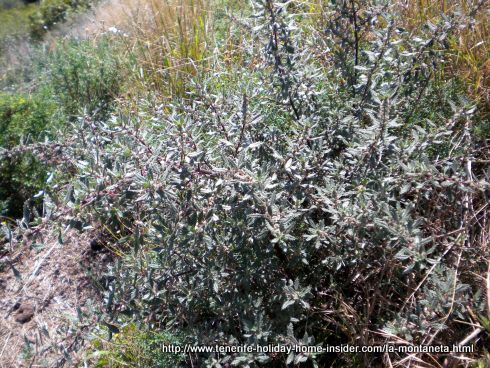 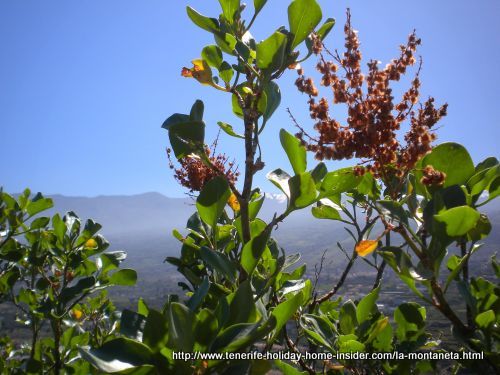 Fauna at the natural monument of the monks 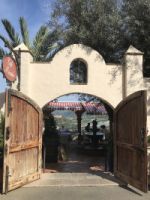 More things to do after the descent of La Montaneta

There's a wealth of things to do and to see at the foot of the volcanic cone by today's Monastery of El Fraile of Realejos  the Meson Monasteria with its many restaurants, shops, orchards and farmyards where pheasants walk on roof tops.

Not to forget the amazing history of the place down memory lane that may set our mind spinning.

Origin of the name of the small volcanic mountain

It comes from a monk i.e. the friar El Fraile Antonio a lay priest from La Gomera. He bought it in 1771 as Montana de la Luz by trading in Tenerife donations to build a sanctuary for Our Lady of Candelaria 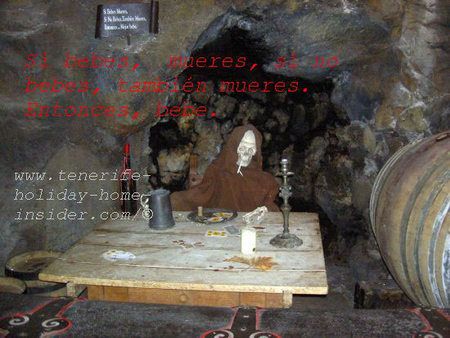 Antonio the monk of Meson Monasterio, as depicted once in the Bodega Hacienda San Pedro

He built a small Monastery with a Bodega and wine cellars on its east side and added shelters for live stock. Friar Antonio who was friends or did business with Augustine monks of Los Realejos and La Orotava died in 1811.
In 1826, the farm of La Montaneta de los Frailes was a place of refuge to monks of the region as well as to others. This happened during the worst storm and floods of the history of the Canary Islands. Casualties of men and beast were very high during this fatal Hurricane Bethencourt y Gonzalez when the Montaneta with its Monasterio was a safe place.