The Mercado Barroco in San Juan de la Rambla isn't the only festival of this kind but, it sure has a very special flair. This starts days before its event. 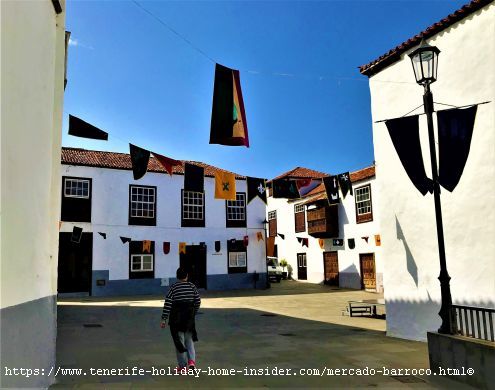 About Spanish baroque markets in general

You may even have heard of one in Puerto de la Cruz. Many Baroque markets on mainland Spain have become a yearly rage. All have ancient buildings in the surroundings in common. They are the stage for shows, concerts, street workshops and stalls that sell art and craft works. The people of each particular community dress in the style of century XVIII. Food and drink contribute to these celebrations for the senses. Often, such market places open the doors of houses of historic personalities of times gone by.
San Juan de la Rambla the Tenerife seaside town is no exception. 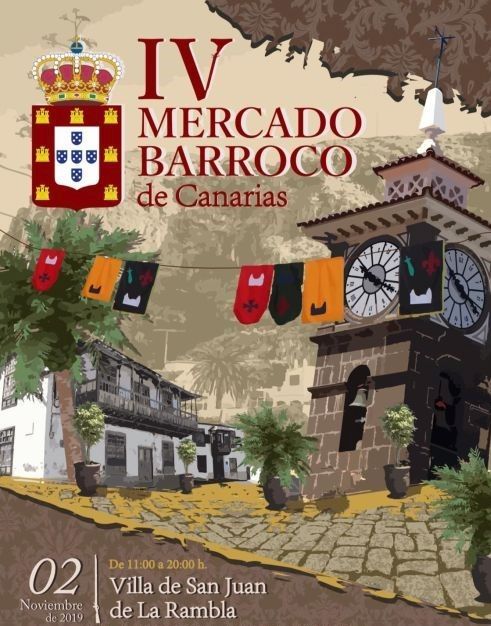 Mercado Barroco 2019 with Portuguese culture and history as theme 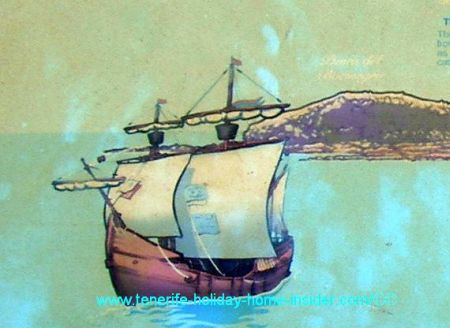 Mind that a Portuguese founded San Juan de la Rambla which also has a street called Calle de Los Lusismos, as much of Portugal's vocabulary was taken over.

Otherwise, you are bound to see persons dressed as pirates or even as the British corsair who was defeated by the Tenerife capital. This has been a good reason to reenact the defeat of Horatio Nelson in previous baroque events of the town. 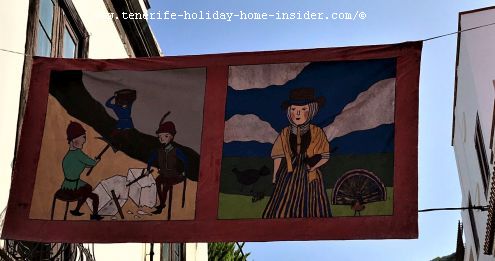 At 12.00, at 13.00 and at 14.00 actors dressed like XVIII personalities lead you into its historic buildings to tell you more about them. 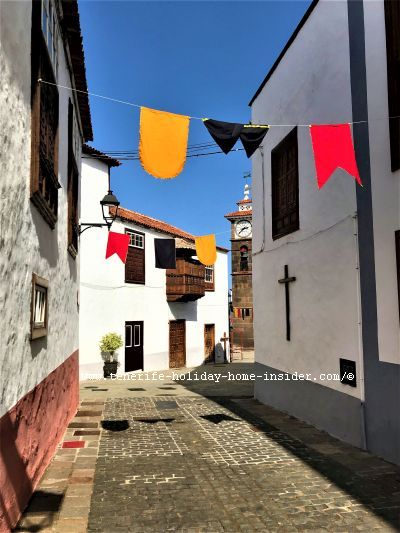 Casco antiguo the old quarters of San Juan de la Rambla with its gay looking Calle Estrecha. Indeed nothing somber to expect of all Saints Day 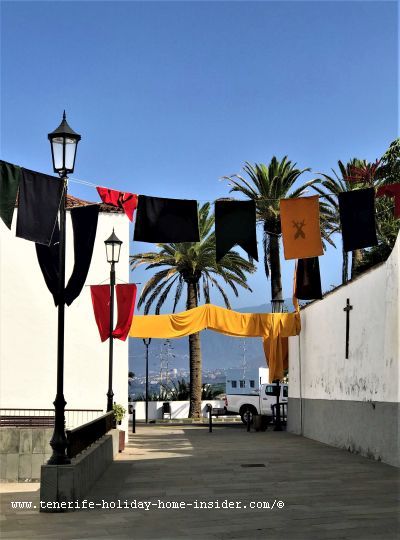 Indeed, 2019 brought a date change for the event to be closer to the Catholic All Saints Day, called Dia de Los Finaos, Finitos or Difuntos. A spectacle in this context is the first of the day at 11.30 on Plaza Orama the main town square. It is about of the traditional Pan por Dios that will remind locals and Canarian visitors the Eves before the Finaos.

Other street theater of this festival

Baroque Market concerts during the day

At 13.00: in Calle Alhondiga
At 18.00: In Patios, on porches and in other spots of the old quarters
At 19.00: Barroque orquestra in Iglesia San Bautista for its historic organ.
At 16.30 by the way:  An exhibition of the same temple's sacred art that is being restored, if I understand correctly

Getting to the Mercado Barroco in San Juan de la Rambla

By car from the North: Via the TF5 Carretera del Norte. Via Santiago Del Teide over the mountains from the South or via the TF1 via Santa Cruz and then on the TF5.

By Titsa Transport: With the bus 363 from Puerto de la Cruz (get off in the center of San Juan de la Rambla in Calle José Antonio after you have passed the church)

Get back safely by catching the bus on the free way that you reach through a tunnel after proceeding straight back on Calle Jose Antonio. Mind the last Titsa bus that comes from Icod de los Vinos may leave there before 21.00 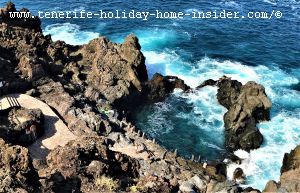 The tidal pool of San Juan de la Rambla. Click the photo to also find directions to get there...

Last word
Needless to say, this fourth edition of the charming market event that takes you back in time should not be missed. Dance and fireworks are very likely to round off the day.
Should you feel like escaping the heat take a stroll down to  Charco de la Laja the closeby tidal pool.

From Mercado Barroco back to San Juan de la Rambla