The Bodega los Guines is a charming wine tavern where you can sit inside or outside. It goes way back to the Seventies of last century. 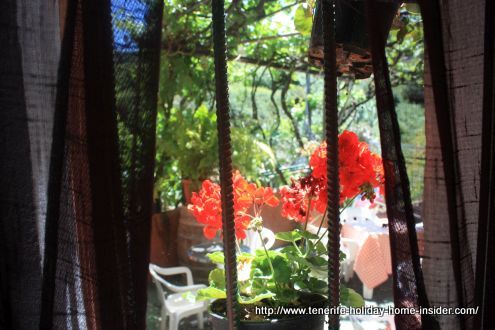 This country tavern is located off the beaten track in an ancient vineyard high up in Realejo Alto. It's in prime country where clean air shows brilliant stars at night. 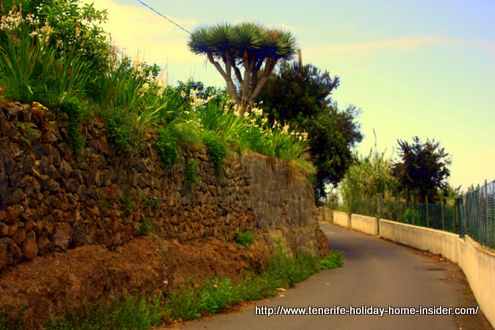 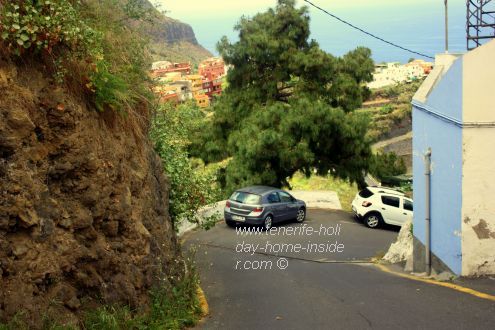 It's less than a 100m on Camino Era de los Guines along scented herbs and perfumed flowers before it joins Calle Romera as well as Calle Toscas de Romero.

A bodega with quality wine of origin. 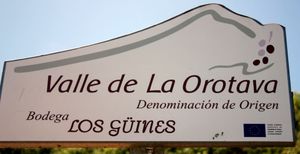 The sign that reads Denominación de Vinos de Origin announces this near the vineyard's entrance. You turn to the right there when you come from from the mountain on C/la Romera. Then,  you walk up to a wine garden by the Bodega's entrance door.

There, grape-vines filter the sun over some tables underneath. 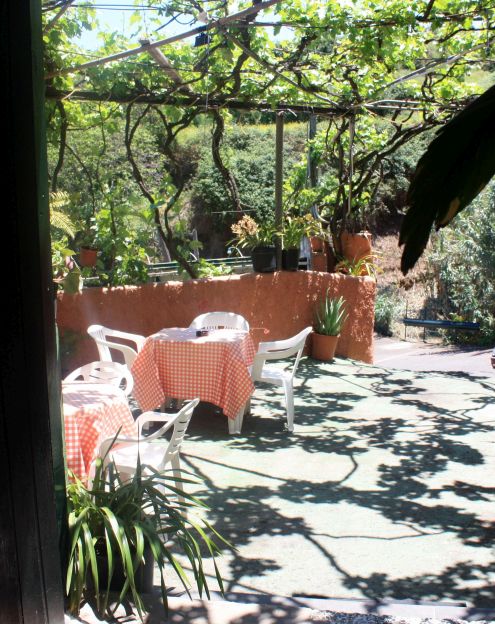 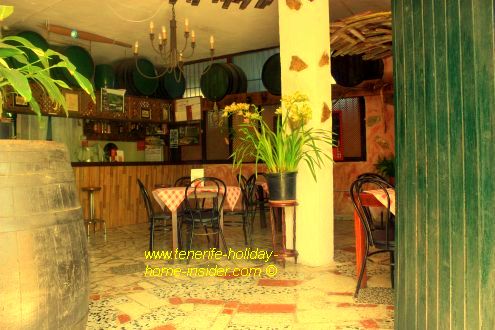 Cozy bodega interior where a wine barrel and orchids greet when you enter. 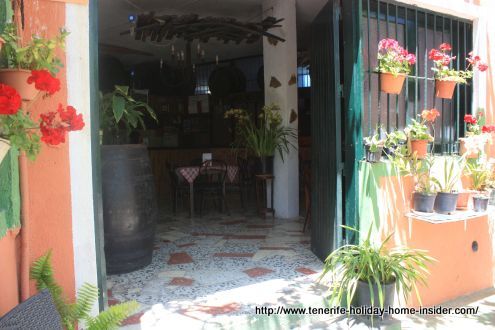 Los Realejos bodega with charming pots of flowers on walls.

You walk past the bar on the left under very rustic ceiling decorations made from timber strips of wine barrels. Then, you find a surprise.  There, hidden from instant view is the Bodega's genuine so called Cueva.

The bodega and its names locals knew it by before. 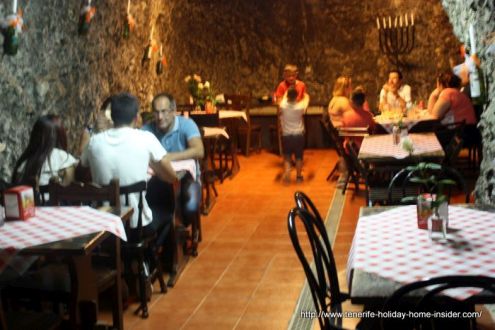 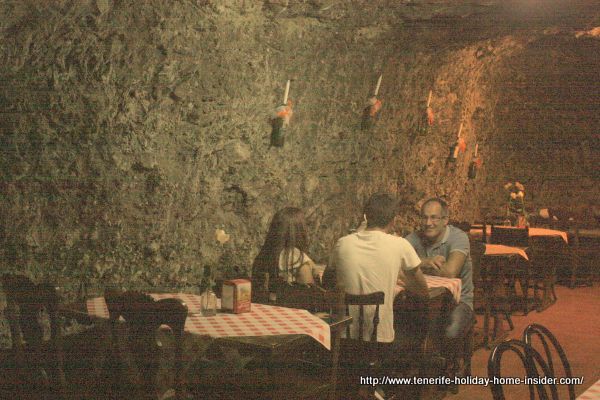 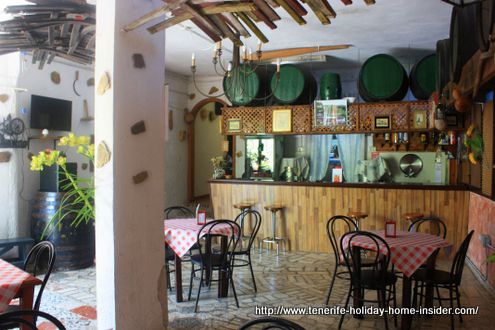 It looks a whooping 50 square meters big. It's illuminated by alluring lights from the rocks around it.

A friendly, efficient chef who is helped by an additional waiter and kitchen staff at peak hours may have time for your special menu order.

It has been upgraded to more than that, but kept its low Guachinche prices. It still offers the highly popular Orotava wine from its own harvest.

They associate it with its good potato French fries.

By the way, contrary to most restaurants, only a black board announces available dishes. 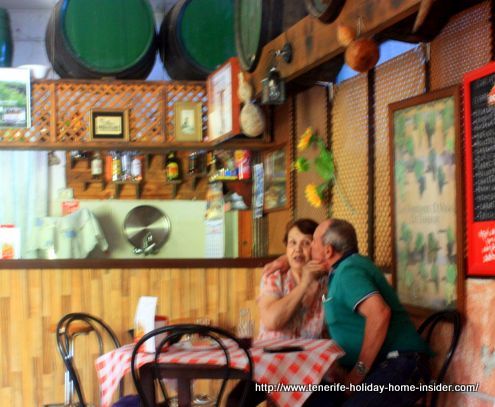 In fact, the local couple that's depicted in a romantic scene eats more than once a week, there.

As many as twelve dishes on a public holiday, some of which typical local cuisine for required taste, such as Tollos seafood made from Cazon or Escaldos made with Gofio. Chicken, Pork meat, Tuna Croquettes, white cheese, salad as well as Chick peas and Bacalao Stockfish (Garbanzas) are rather regular. 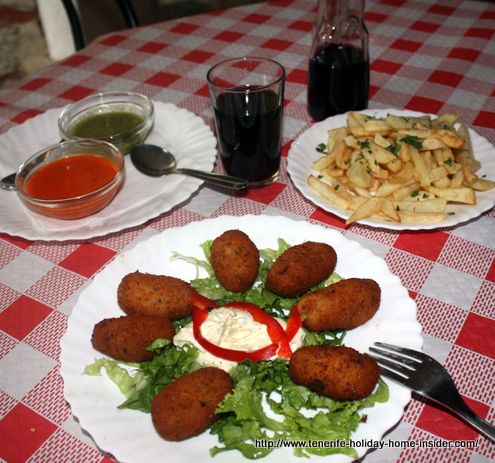 Tuna Croquettes with French Fries and extra sauces by request. 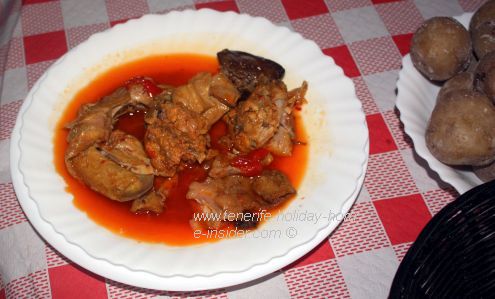 In 2017, under € 20 would have bought the food shown for two people including half a liter of wine, bread and a delicious home made desert. 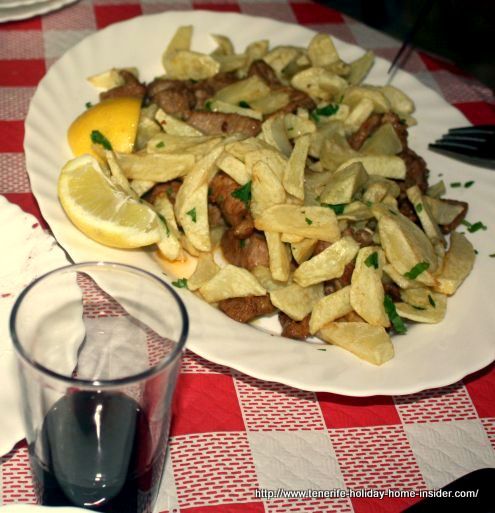 Carne de Fiesta by a more than generous portion 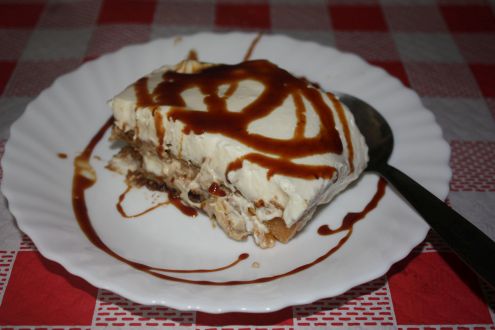 Los Guines dessert home made with peaches,almonds and sweet cream.
Ask for Salsa picante spicy sauce if you wish.

The dessert with its fruit and nuts is rich and wholesome but only for people who like sweet cream.

By the way in May 2017, Conejo en Salmorejo, Fiesta de Carne, a cheese starter for two, bread, wine and dessert with half a bottle of wine amounted to about Euro 22 for two people. Again excellent value for money in a priceless surrounding.

Indeed, lucky are those who can join a crowd in this Bodega of Realejo Alto for a local Fiesta, such as this one,  at night. That's when locals celebrate there with wine, food, music and dance.

From Bodega Los Guines back to Tenerife restaurants cheap.


About wine from the Canary Islands and some other isles