Classical music online is something I enjoy very often by videos in Google Plus. However, according concerts in Tenerife, where the Tenerife Symphony excels are not easy to discover. 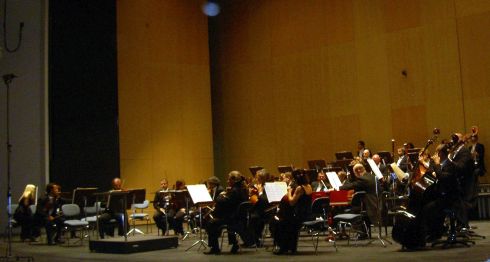 Classical music online with the Tenerife Symphony Orchestra of the capital.

Scroll down to listen to a video with Classical music that's new. It's represented proudly together with Tenerife beaches. In fact, it's part of a  video that was made by the Tenerife holiday home Insider. This webmaster is a fan of the video's Rhapsody composer and singer the tenor James Clark.

Jim James Clark who had classical music education is a man of many talents. One of his biggest is his youthful passion and enthusiasm. No lesser man's Rhapsody piano composition could have been better to give tribute to Tenerife beaches Spain.

And now be welcome to enjoy the Tenerife beaches video music called Spanish Rhapsody which is displayed underneath.

There is no need to download music online for your blog, in case that you like the classical Rhapsody by James Clark. Use the video's link or better even embed the youtube code for this composition Spanish Rhapsody by the tenor James Clark....

Otherwise, please mind that it is not allowed to use the video and or its music for a commercial purpose such as for resale.

There is one of the American composer's music performances which tops musical enthusiasm of his Rhapsody in Video Tenerife beaches. This is not so much the musical expertise by a good Tenor but the musical interpretation by the very own artistic, captivating style of James Clark when he sings parts of the Beethoven Symphony D Minor, for example.

Discover how the opera singer James Clark of American expats in Germany is doing at his age, while he is also a music composer...

It's never too early to introduce your kids to classical music, provided that they show interest. However, they say that even listening to music while still in the womb is effective to stir early liking. So, it may help to listen to Mozart, Bach, Beethoven, Chopin, Schubert or even Carnatic music online, while you are working with your computer.

Did you know that you can learn to play classical instruments via the Internet?

The BBC has a special channel for it. And, it's free. Numerous others have open online courses for such music.

You may find an official definition of music in the classic sense here.

From classical music online back to entertainment Tenerife. There, the Rhapsody composition may very well become part of the musical repertoire at the Auditorio de Tenerife, one day.

Classical music in the Internet by the outstanding Tenerife Symphony Orchestra.

Unfortunately, i only found the following video that features a classical concert of the Tenerife Symphony Orchestra online