Why Dios Los Cria is one of a kind

Dios Los Cria y el Viento Los Amontona must be one of the longest names for a place to have a drink and something to eat.

In our Western society, at least.

it's more than that.

You wonder where Oscar its manager is when you go to Bar Farina. They give you the name of the place where he is. It starts with Dios meaning God.
"Why so long?", you ask and there's this charismatic answer in Spanish with a nonchalant smile. "Es Oscar!". (That's Oscar) 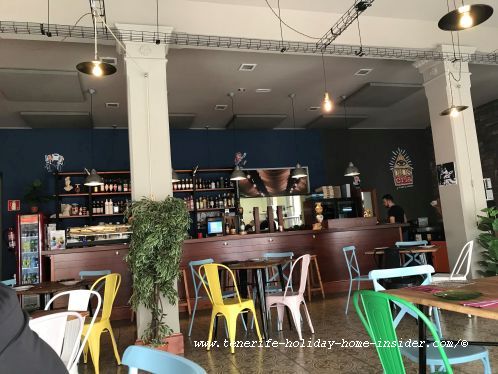 Dios Los Cria y el Viento Los Amontona means the following:
God creates figuratively what is usually a "useless" or even bad crowd of individuals. Then, the wind is tossing them together onto one big heap.

Well, Oscar selected that name and invites everybody to his new place. 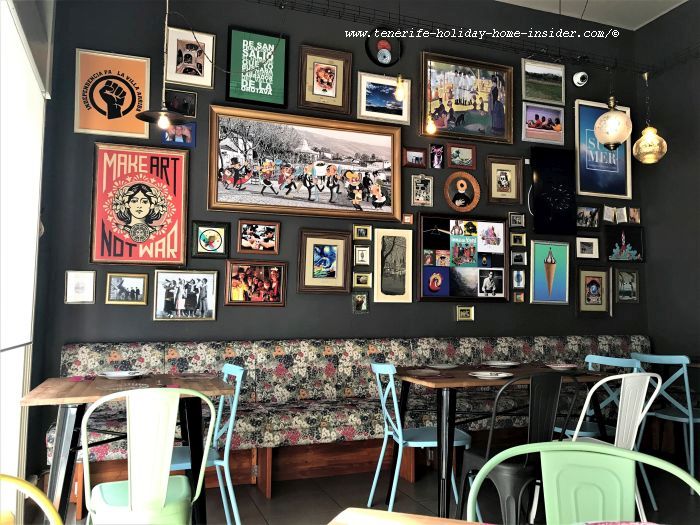 Dios Los Cria with its photo and art gallery

The restaurant's artistique essence is displayed all over the back wall of its ground floor establishment with its long bar and many tables to sit down in style.

The display is a Potpourry of famous photos and art of our era as well as of last century when woman's Lib-ertad was almost unheard of in Spain.

What we consumed at God Los Cria 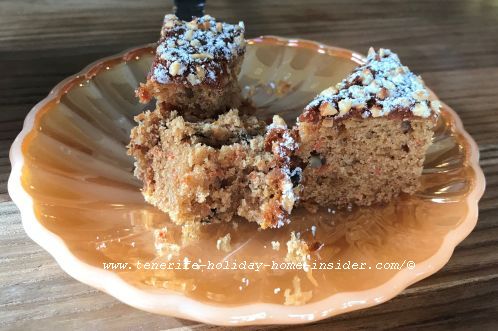 Most delicious Carrot Cakes we ever tasted before

After a shared lunch at Bar la Farina we only ordered Espresso coffee and had the most divine Carrot cake with it.

The photo is virtual proof of that. Otherwise, you have to sample something to eat there yourself which is not Fastfood or of Guachinche style.  By the way, the price of a Menu del Dia is about Euro 12 in January 2020.

Oh,  a TV screen by the bar announced live music for Saturday, January 31 and Sunday February first from 8p.m. onward at Parte Baja of the restaurant. The Basc Duo DUPLA a new-comer on the Spanish scene was to perform Pop, Electronica as well as Hip-hop. 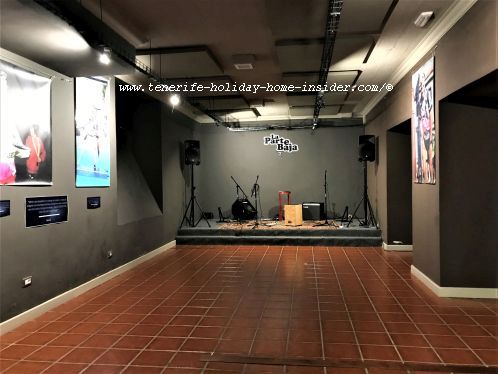 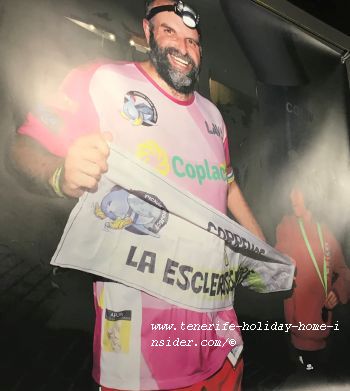 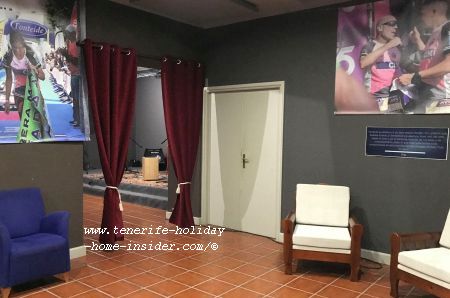 George who is an amateur musician had to see the downstairs Planta Baja to get an idea of what to expect. He was impressed.

"There are two big rooms called Parte Baja separated by arches in the middle", he told me. "Go see it!". I did and captured some photos.

From Dios Los Cria back to Tenerife restaurants

No, the Tenerife holiday home insider isn't paid any commission but loves to promote Tenerife North where she lives.