What's so special about the Echium Wildpretii or Tajinaste Rojo? 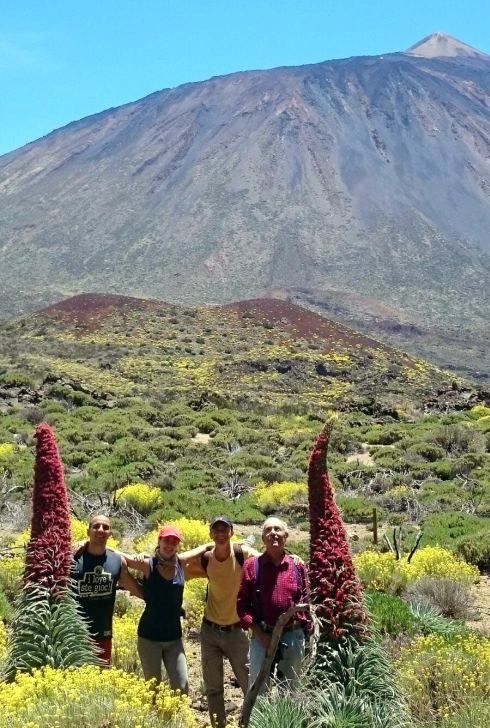 Echium wildpretii with walkers and Teide.

It outgrew the humans that stand next to it. That gives it a height of about 3 meters or 10ft.

A look alike plant beyond the ocean

That makes it even more monumental than the Green Gentian from Colorado by one meter. The American plant has a similar shape but reaches maturity with its white flowers, only years later.

A possible Guinness Book of Record Tajinaste Rojo of 2016

This 4m tall flower is depicted below. The building behind it is proof of its exceptional growth. 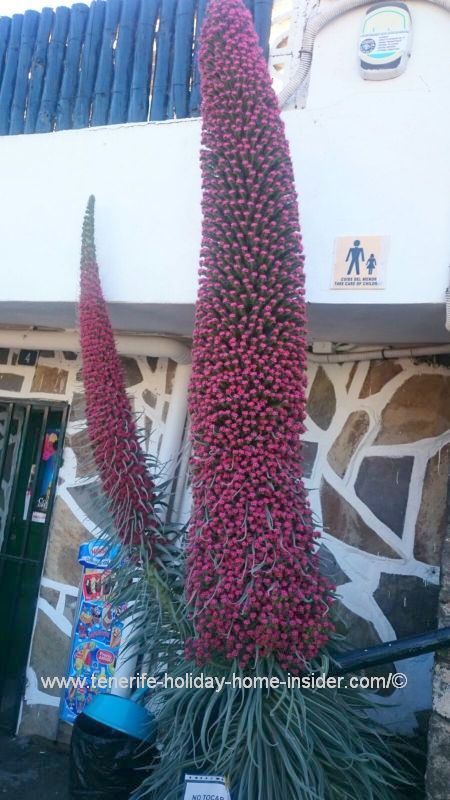 Tajinaste Rojo with height of 4m(13ft)

Workers of the Teide Park's board affirmed that this is the only specimen of 2016 that reaches the unheard of height of 4m in the Cañadas. This puts it into the league of tallest flowers of the world. On Tenerife, only the pink and red Hollyhock flowers of  the Spa Hotel Botánico of Puerto de la Cruz can compete with such size.

The red Echium which is formed like a roundish Obelisk with its slender pointed tip looks equally architectural like the Colorado wonder flower.

There are only the silver-green spiky leaves before flowers are produced in the second year of the flora's life. 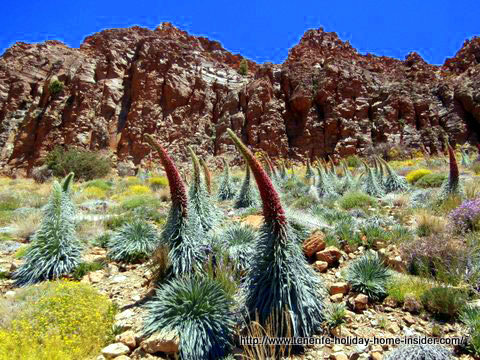 Often they look like giant neck ruffs when florescence has just started. 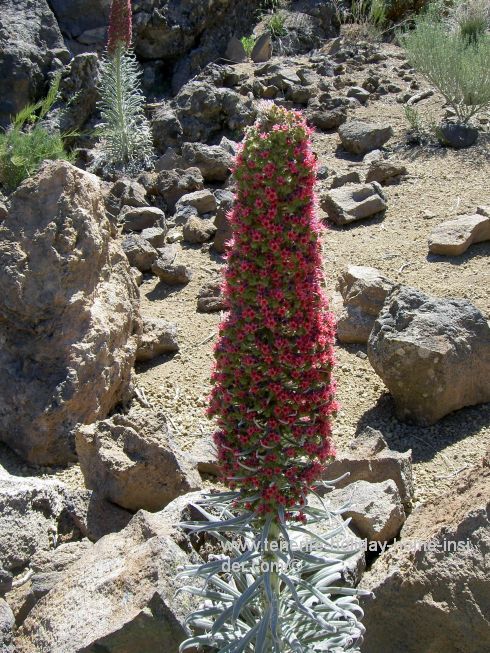 Red Tajinaste with its silver-gray leaves directly around the stem.

After the first year in Spring thousands of brilliant red blooms are added to the leaves. The flowers are shaped like calices. 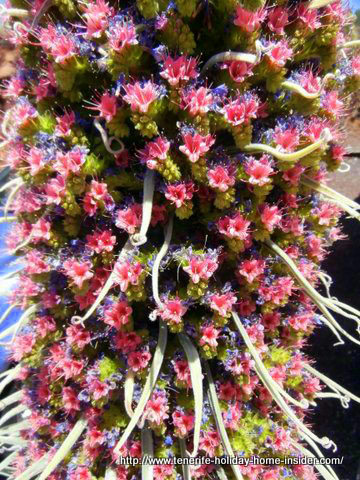 All this florescence of the red Echium the Teide Bugloss is packed tightly all around. More balance is reached, then.

By the end of the summer the splendor of this jewel of the Canadas stops to sparkle. Everything dries out. Only a dead skeleton remains. That too will turn to dust. 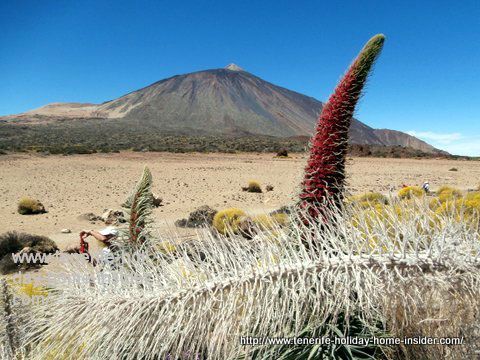 This giant Bugloss of volcanic habitat belongs to the Borage family Boraginaceae. It's a herbaceous biennial plant that is happy with harsh climatic conditions. However, frost below 5 degrees Celsius would harm it.

Prime habitat of the Echium Wildpretii

It gives homeage to a brilliant Swiss scientist and botanic park manager. His name was Hermann Wildpret.  The results of his dedicated scientific studies and works for the flora of the Tenerife Botanico traveled far.  His amazing life long popularity in Tenerife and abroad surpassed his death.

The Tajinaste of the Guanche

The name Tajinaste is of Guanche Tenerife Cave people origin and is not to be mistaken for the Tajaraste. The latter is a dance that dates back to the same Neolithic people that ruled Tenerife before it became Spanish.

Needless to say is that this blood colored Tajinaste is a bee keepers delight. Its organic honey is highly valued and isn't only sold in souvenir shops.

From Echium Wildpretii back to Tenerife

More about this precious Teide wildflower that was named after a Swiss gardener here.