English speaking dentists in Tenerife and other important information

English speaking dentists in Tenerife are a blessing.

I know because dental issues have taken up a great part of my life on the island since 2001. I've been to twenty different dentists, most of whom spoke Spanish only, as they were part of my Adeslas insurance scheme. I saw many when I wanted dental advice.

No translator needed with Dentista Wolf 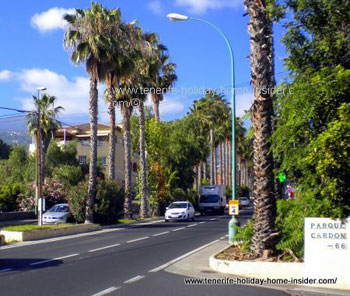 Dr.Britta Wolf was recommended to me by an Englishman before I heard about Arte Dental where everybody seems to be multilingual. 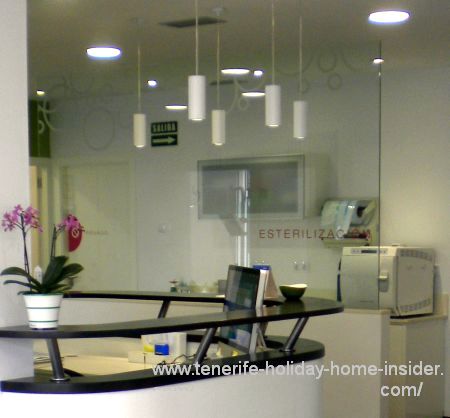 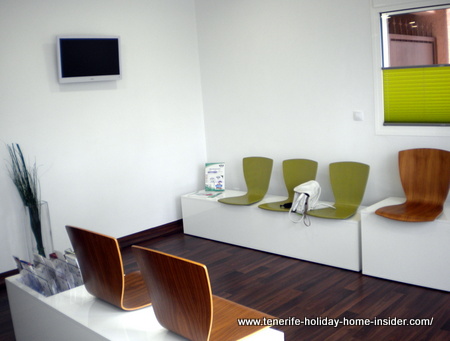 Britta Wolf's dental charges are never exuberant. In fact, she gave me the most reasonable quotation of dental costs for my needs, at the time. Also, she never tried to manipulate me to select a treatment which would have been more profitable for her.  The price she gave me was compared to that of two other dental clinics on the island. Mind that I didn't consult ArteDental, whom I didn't know.  Anyway in the end, i was more than 100 percent satisfied with the result of Doctor Britta's work and services. 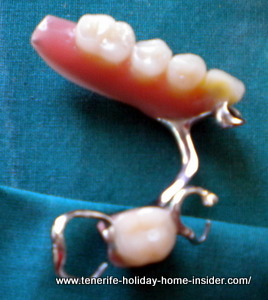 I had a partial denture done with false teeth for my bottom jaw. It fits me fantastically. It's like a second skin and I have to touch a metal peace to know that I am wearing it. No, none of it shows when I talk or laugh normally.

Arte Dental at Las Arenas Puerto de la Cruz : This Clinic gave me an excellent service,  once. However, I prefer not to recommend it anymore, as the specialist who treated me has left.

All the latest modern dental treatments, such as orthodontics, endodontics, implantology and more are offered by virtually every English speaking dentist in Tenerife, even when they don't do implants themselves.

Criteria which regard all English speaking dentists in Tenerife

I strongly advise against it by experience with more than one dentist in Tenerife. I know about the Spain Adeslas and its cheap dental insurance for €9. I am also aware of a cheap DKW dental policy for Tenerife. No thank you.

Dentists that are part of any cheap scheme are paid very little by that medical insurance company and that is your problem too.

I've only come across those that  make you come back at least a second time before treating you.That way they can slip the insurance  card through their machine twice. Meantime, it's you that suffers, while money is your least problem, when you have a soaring tooth ache.
Also, that costs you administration fee extra, at least twice, on top of your suffering.

There, your choice of dentists is extremely restricted. I may even call it poor. Generally speaking, it's always preferred to have a more expensive health insurance. It's even better to pay a dentist privately.

I have yet to find that lucky person who will contradict this. Leave a comment if that's you.

I have seen two Tenerife South dental clinics in the Internet that claim to be fluent in English.
However, I also know that the South of the Island is generally more expensive than the North.

From English speaking dentists in Tenerife back to health care in Spain.

Learn about antibiotic prophylaxis for patients with heart issues or other health problems here.