Internet libraries, four of which take your breath away. 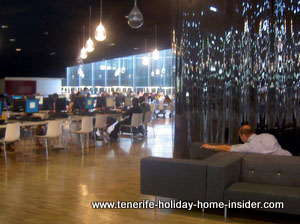 Online libraries made history. They became famous. They were the first data bases or data banks which started the computer era. Indeed, their humble beginnings happened in USA military circles. There, one of mankind's most amazing balls was set into motion. More than a digital quantum leap was the result of it. 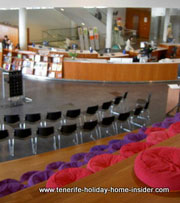 Indeed now, the data storing within digital libraries are a world wonder per se. Hopefully, there are many copies around to avoid an eventual destruction by all sorts of catastrophes.

The most beautiful Dutch library in Maastricht. A library for a life style or even
for socializing ?

In fact, people also meet at its cheap library restaurant. It has delicious drinks, soups and all sorts of snacks. This cozy well heated study center whose airy rooms and stairs are filled with tall palms is most popular in winter.

Drawing a number is the key to navigate the world wide web in this big modern Maastricht library of the Netherlands. There, computers for the Internet abound.

Besides, events are staged there, as well.

The most amazing Bodleian library of Oxford. 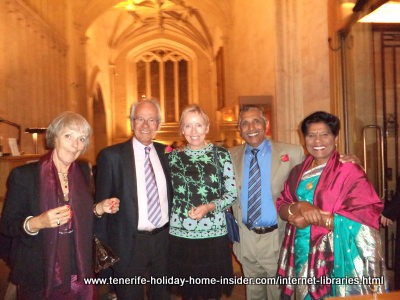 Indeed, the renown UK Oxford university has more than one library as you may see here. I was there in February 2014.

Indeed, this library may be rented out for functions. On a Bodleian tour, you will see books that are chained with padlocks to prevent removal without permission.

Works were in progress to channel literature underground by conveyor belts for speedier distribution.

Furthermore, almost all their books are also digitally stored by computers. 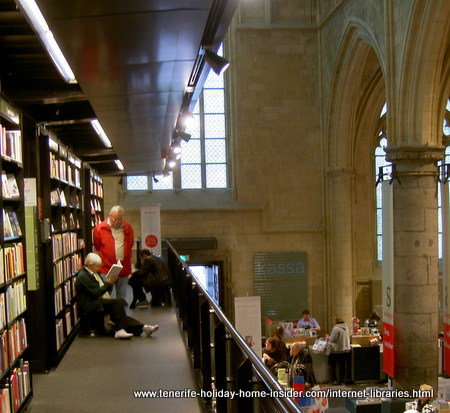 The famous Dutch Dominikanen which is also in Maastricht, is a bookshop with an out of this world library appeal.

It's so quiet in there with its many stories of Gothic architecture and floor panels that cover historical tombs.

The amount of literature that's stacked in this gigantic three nave former Dominican church is absolutely fit for a study center. There even is a large cafe. You may do a little online work there on your i-phone while sipping delicious coffee.

The video above gives a good idea about this famous Egyptian library. It deals with the past and the present one from 2002 which has online facilities. Unfortunately, the ancient version which was one of world wonders burned down in 43BC. Its collection of written records of history and science also comprised hieroglyphs on papyrus and was a priceless loss for mankind.

Underprivileged South Africans will remember Bill Gates of Microsoft Windows. He furnished the first Soweto library with computers. All for free...

By the way, the European community with its seat in Brussels also assisted greatly. It didn't only help to fund many such libraries in third world countries. It did much good in Europe as well.

From Internet libraries back to free Internet service.