Discover the nicest jobs in Tenerife...

Jobs in Tenerife for entertainment in tourism were always around. Now, since 2009, the situation has changed somehow, except, when you are self employed on the island. 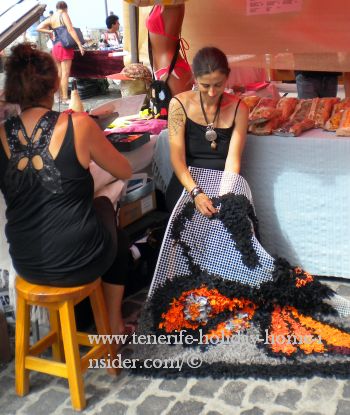 Self employed in Tenerife
Why? Recession is to blame. Many hotels have closed doors and so has other business. The Tenerife unemployment figures stand at 176000 which is 33,18 per cent of its population. Bear in mind that not everybody who can't find work is still listed. In fact, just now another 40 jobs in Tenerife were lost by yet another hotel which was closed in Tenerife North. Some top hotels are still engaging which may not include off seasons, though. Hotels need animators, special shows require them, even restaurants try to find customers through people in the street who animate the tourists to come and try their special dishes.

This kind of work opens doors for you when your personality is extrovert.

Of course, it helps to be self employed and to have an agent, I have been told. For example, a young fire dancer was looking for Tenerife contract work in summer 2013 and this is what they told her.

Want to be a street vendor?

Street pamphlet distributing jobs in Tenerife for the restaurant animation field sometimes, come with a fixed work contract with a salary of about EU 600/month.

This kind of work pays bare minimum and is not as easy as it looks.

Standing or walking in more or less the same place all day long is very tiresome, even, when friends walk past for chatting.

Jobs in Tenerife for tourist animation

Jobs for hotel tourist animations vary very much on the biggest of all Canary Islands. Some animators work like magicians. Others, only, provide amusement animating the tourists to take part in certain activities like dancing or playing games.

I knew a young girl who had come straight from Matriculation in High School called 'instituto' in Tenerife and who found animation work. She was for ever practicing salsa dancing at home.

Not a real special or hard work, in her case...

Organizing games or trips requires a little more preparation time. Hotel animators are almost, always in demand in Tenerife. Even foreigners are given a chance to entertain in this work field.

I know a magician who entertains not only tourists with his art. He does it for all kind of functions. The other day his wife told me that she was in charge of organizing separate entertainment and supervision for the children of a grown up party while her husband did his magic tricks for the adults. Those are interesting jobs in Tenerife for the self employed which of course need to do their own marketing for it where they mainly rely on newspaper and radio advertisement.

Street musicians who often come from South America need a license from the Mayor's office to perform. They, certainly, cannot just choose where they want to stand play and often sell own CDs of their art. The same goes for street painters or anybody who wants to sell something in Tenerife streets which most tourists find rather amusing even when not buying at all. Working for any kind of street sale promotion pays only commission for articles sold and entertainment is often involved. A friend of mine sold magic crayons by San Telmo Esplanade. You wouldn't believe how much she had to learn to amuse people with her speech so they would buy.

Any type of guides in Tenerife must apply for the appropriate licenses. A Guardia Civil which is the Civil Police stops tour buses, once in a while to check on such permits. Unfortunately, a good track record isn't good enough. Guides must have certificates i.e. schooling done to merit permits. Jobs in Tenerife for multilingual tour and bus guides are much loved. This is work which usually also involves some form of entertainment. A guide should present what he or she knows in funny ways in order for tourists to come back and buy more island tours or trips.

I knew a lady who had such a job. For some reason she had to take private unpaid leave. Her job was, of course, not waiting for her, when she came back, two weeks later, although, she had been under contract with an operator on Tenerife for almost 20 years.

Now, she has found a new job where she speaks French to the cookies in a bakery when she takes them out of the oven earning a mere Eu 700 a month with 8 hours a day and 6 days a week for hard work.

They say that the same work in mainland Spain would pay more.

Possibilities to inquire and or apply for Tenerife jobs or proper work by going there:

Loro Parque (Loro Park)
Punta Brava Bus 381
Puerto de la Cruz.
Office to be found on top of hill behind park.
Take road to the right of the park.
You must speak basic Spanish.

Mercadona Supermarkets Tenerife have sometimes work vacancies and pay more for every language spoken I was once told there.

Mind, that some big supermarkets in Spain are said to dismiss workers before Christmas, as not to have to pay the seasonal bonus. Anyway, most only grant temporary work permits.

Any hotel work in Tenerife other than animation and administration

Any such work which includes that of a chef seems to be extremely hard, so I've heard from people I trust who described how much they had to do, both in the kitchen as well as as chamber maids, while good qualifications are always demanded.

Meantime, don't forget later. Then, you will generally have a much lower pension from Spain than somebody who did the same job in England.

Did you know about this service? 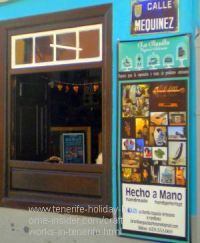 New work scheme
Discover an easy way to enjoy Tenerife holidays with not only
UK unemployment benefits, but almost identical assistance for other European Union countries, while you get help to file for jobs in Tenerife Spain by Puerto de la Cruz.

Tenerife is an absolutely
fantastic island for holidays, semi retirement and retirement for Europeans. However, working there may only be worthwhile in most cases with self employment.

Click on the picture above for a very interesting new work scheme which has taken off in Tenerife...

Select one of our advertising strategies and click here to advertise online with Tenerife holiday home Insider.com...

From jobs in Tenerife back to Entertainment Tenerife.

Back to homepage of Tenerife holiday home insider