What about luxury apartments in Tenerife, Spain?

Some are suites in Five Star hotels that are reserved for prominent guests. This is the case at the Botanico Hotel Puerto Cruz.  There,  celebrities like the Beatles, President Clinton, members of the Royal family of Thailand and other dignitaries have put their heads to rest.

Other elite apartments are in private hands and are owned by constructors or just wealthy people who live there themselves or use them as holiday homes.

More expensive real estate like that is bound to be in the South, as more golf courses were built there from 1970 onward. 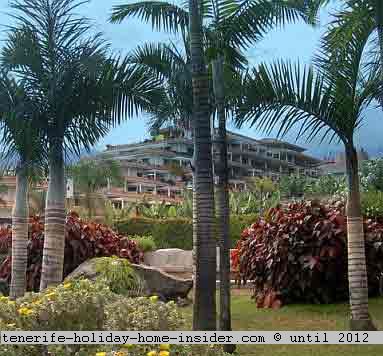 There are prestige apartment complexes, such as Bahia Playa in Puerto de la Cruz. There, they come in the form of penthouses on roof tops, as is custom. Luxury apartments usually all have elevators, indoor and or/outdoor pools, a Jacuzzi, a Sauna as well as a gymnasium. Generous terraces and balconies may be part of such High Society properties.  Tennis courts are attached or nearby.

Luxury apartments in Tenerife by the seaside

People who have any in such a spot are lucky. There is a law of the coast Ley de la cuesta that forbids dwellings within 30m from a beach side. Hence unfortunately, properties with smalls yachts or fishing boats near the front door are a thing of the past.

The lack of luxury apartments in Tenerife applies to the North of the Island Tenerife as well as to the South.

There is an exception. La Orotava as well as the capital Santa Cruz de Tenerife have the occasional luxury flat in older buildings. This is the case  near the Rambla of the capital as well as in Calle Venezuela of Puerto de la Cruz.

Did you know that the higher up the accommodation the more valuable it is ? In many buildings in Puerto de la Cruz a studio apartment rises by EU 1000 and, sometimes EU 2000 in sale's value according to position of the floor. Therefor, a penthouse which is usually a luxury apartment and is on the last floor always fetches a higher sale's and rental price.

Not long ago, your best chance for acquiring luxury apartments in Tenerife was by off-plan property buying. This used to be the hottest for investment in Tenerife. Not a new idea, though. 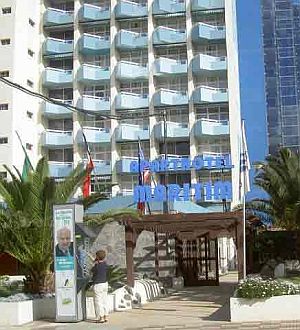 As told before, some outstanding apartments for High Society are hiding in Los Realejos Maritim Hotel which has two residential sections for private owners. This hotel also has two outside pools, a most beautiful subtropical park, mini golf and Tennis courts.

For several years I have seen some regular Maritim Hotel apartments advertised for sale. They were fetching between EU 72000-EU 78000. The flats had pull-up double beds that disappear behind white melamine closets, other white furniture and blue carpets... No bedrooms were attached.. Of course, you wont get a more spacious and more expensively furnished suite in this Aparthotel at those prices.

It remains to wonder why there are not more North Tenerife penthouses  many of which are elite apartments and what the azotea has got to do with it.