Parking in Tenerife capital with a pinch of salt?

Parking in Tenerife without a big problem is absolutely possible in its capital. This is contrary to most other parts of the island.
Indeed, the Santa Cruz city's infrastructure  has greatly improved in the last ten years before 2013. This includes the vital public car park service.  Now, there are some spots where to put your automobile for most of the day. But, even longer is possible. No salt is needed, really. 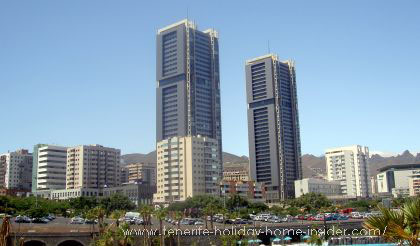 Encounter a big, free open space parking ground by the Santa Cruz twin towers. This is just  outside the Auditorium Adán Martín.  Finding this concert hall is no big deal, as both the sky scrapers as well as the ultra modern Calatrava icon are very  visible by the seaside.
This motor vehicle parking haven is also only a couple of minutes away on foot from the next car oasis at the CC Meridiano mall. Also, inside the auditorium are more automobile amenities. 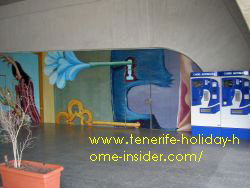 Well, you may use the latter at the Santa Cruz opera house parking underground when you attend a concert there.

Is the CC Meridiano parking better ?

Absolutely, better...The CC Meridiano shopping center parking ground is for free until 3.a.m. and its just behind the towers which are depicted above.

It's to be expected that the highly visible blue P-Parking signs are leading you from the TF1 highway, as they do on the TF5 northern freeway. These indicators for Tenerife parking in its capital are a fantastic help and so easy to follow. Getting around from the CC Meridiano for shopping, sports, sight seeing and much more from the CC Meridiano is child play.

A taxi is extremely cheap from most places, such as Plaza Espana within the Santa Cruz Tenerife capital. That's so easy to get you back to your vehicle when your feet are on strike.

Also, there is still the indication which points to a parking lot underground by Plaza de España, as shown in my page about Zara Tenerife shopping. 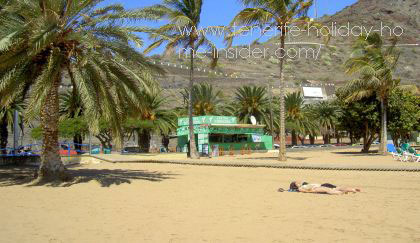 You can see some cars stationed by the  best Santa Cruz beach Playa de las Teresitas when you zoom-in the photo beside. There is much space for vehicles which includes a public bus stop. The huge parking grounds extend in three directions from behind the beach bar in the picture.

You can always try to get a space alongside the old La Recova Market hall which is now an arts exhibition center. It's on Plaza de la Isla Madeira. The venerable Theater Guïmerá is at the other end of this town square. All this is very close to La Noria the most nostalgic party district of Tenerife. Of course, a little driving around the block may be required.

Big underground parking in Tenerife by the Municipal African Market

This isn't only opposite the African Market Nuestra Senora de Africa but also opposite the T.E.A.exhibition center of Modern Art in Santa Cruz. Your car will be more or less underneath the traffic circle.