Restaurante el Mirador La Noria of Tenerife with a somewhat enticing review online made me curious. 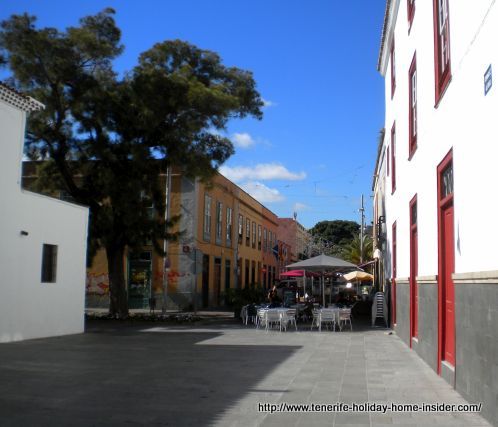 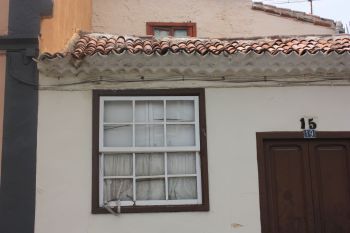 One of several house number changes at Noria.

I wanted to trace this mysterious place. Also the name promised a viewpoint.

What's so intriguing about it?

And How come I never noticed it ? Mind that I've passed through la Noria about every half a year since 2011. All that struck my attention now in the summer of 2017 is that several houses had number changes in La Noria.  Of course,  I thought that this would complicate my search.

I combed this short street from one end to the other until i reached  Iglesia de la Concepción.  An elderly man  at an Italian restaurant said that Restaurante Mirador was by the corner of the Calzada de Noria.

Perhaps, it's really there with new name and under new management. 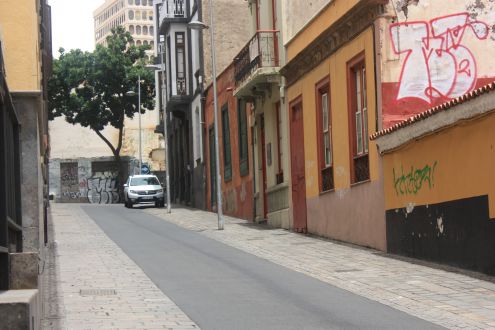 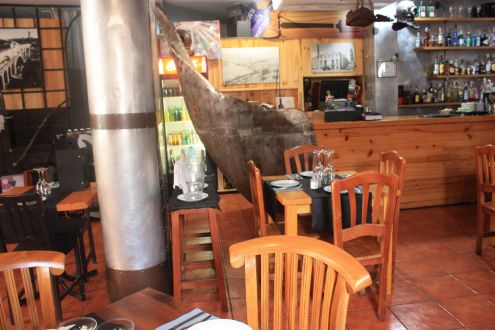 Anyway there, i was finally lucky at the Tenedor Restaurant. Its kind administrator a lady told me that the place I tried to find changed ownership and is now called Restaurante Delicieux. She said it took place, about two years ago.

Now my memory clicked, as I myself knew something about it from exactly that time.

I wrote about Restaurant Delicieux in my Noria page update dated October 11 of 2015. There and then,  it was said that sheiks dined and celebrated behind close doors.
The fantastic story always sprung up with me whenever I passed the Restaurant with the French name. After all it also involved a romance with a Santa Cruz Carnival queen.

Once, I asked a French speaking couple on its restaurant street terrace if they liked the food they had on their plates. Yes, they did. For some reason, the place didn't attract me, though. 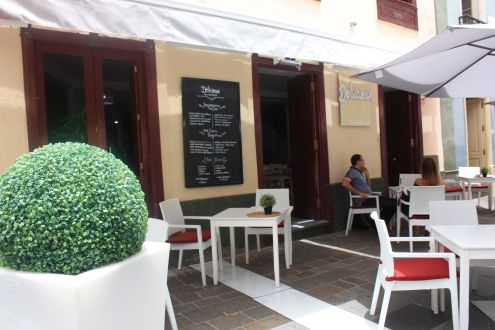 It now happened a few days ago, that my web host advised me to correct the broken link to a specific blog entry at www.paseandoxsantacruz.com. Well this entry which still appears online of October 02, 2015 is now also deleted in the blog. Hence, the error message my host referred to.

A publicity stunt or two for a restaurant?

In fact, the Spanish newspaper La Opinión also reported about the sheiks,  three days later in 2015. This media cited the same blog. By the way, that's now the second publication that's gone with the wind, but still appears in search results.

You are right to assume that everything about the sheiks may have been fabricated for a purpose.

Indeed, the Tenerife holiday home insider spoke to a waiter of Restaurante Delicieux Tasca. He thinks that October 2015 was the time of its inauguration, although in those days he didn't work there yet.

Another new puzzle about the viewpoint restaurant of la Noria.

It's also still online, as nothing seems to exist that traces restaurants that have disappeared and therefor fraudulent entries. I must assume it is fraud of some sort. Or is false propaganda only similar to a little white lie?
Look at the date below... It makes no sense at all.

It's this review dated April 18th of 2016 that I refer to that raises hairs and red alerts about possible false Internet propaganda with me.

How is this possible and what is going on online if the place in la Noria was already under new ownership in October 2015 as Restaurante Tasca Delicieux?

Otherwise, the positive review about the Mirador restaurant of La Noria by the web Real Tenerife is only just outdated by two years. So much to Tenerife uncovered.

I happened to be in the neighborhood, as my bank is nearby. I was going to have a lunch break while I could enjoy the view. No ways, I wasn't even allowed to enter the first floor, not even to have a fast look. Needless to say, I had lunch elsewhere.

However, I doubt that there is much to see. The surroundings are not in such favour.

From Restaurante el Mirador back to its street La Noria .

There many more restaurants are found. Several serve Tapas as well. Simply ask for them.