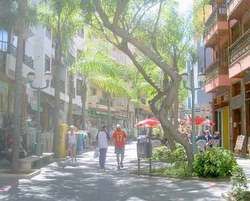 Tenerife Doctor Theis Michael in Puerto de la Cruz who also attends
in the south of the island
is a
medical Doctor for Gynecology and Obstectics.

No matter, if you own a holiday
home or rent one it's good to know this doctor.

I found him listed in 2002 in the
booklet given to me by my private Spanish medical insurance.

People on other medical insurance may of course also go see him. They might have to pay privately,
as happened to a friend of mine.

Tenerife Doctor Theis is worth it. He knows German, Spanish, English and French.

He is not only very respected by the German community in the north of the island. You also always find patients of Spanish nationality in his waiting room which speaks for itself. 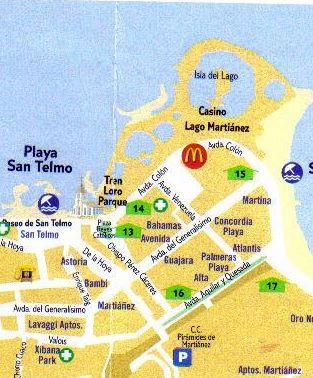 What else can Tenerife Doctor Theis do for you?

Dr.M. Theis will also give you advice and transfer you to other specialists he may recommend.

He will send you for important analysis, ex-rays, ultrasounds and more.

You may then go back to him and he will help you understand the reports which are generally in Spanish.

Hence, Tenerife Dr Theis is in this case a priceless interpreter whom you may ask questions.

However, it's self understanding that the time of Dr.Theis, the gynecologist is valuable. Usually, other patients are waiting for their turn.

Changed address Tenerife North by Dr.Theis has a website called frauenarzt-teneriffa.com I am not allowed to connect to because of new European regulations for the Internet, unfortunately. He has rooms in the North in Puerto de la Cruz and in the South. The new rooms are in a big white building on the corner by the taxi stand opposite the Martianez Mall.

Please, go from Doctor Theis to Living in Tenerife to find out why the island is the ideal place for pensioners. You will also find a link to Santa Rita Hogar, one of biggest Tenerife homes for the elderly.