Wifi hotspots as best hotel marketing not only for Tenerife hotels.

Free Wifi hotspots are in huge demand in hotels nowadays.

However, somehow, this has not sunk in yet with many hotels.

There is an exception I personally can vouch for. 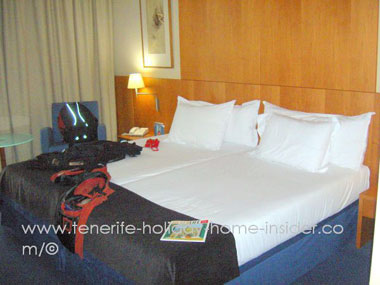 A friend and I were renting a lovely Silken Atlantida Tenerife accommodation. This was on March 17 of 2012, when we could surf and send emails in the room with a fast online connection.

This totally free and excellent Internet connection could be used in the bedroom of a very modern hotel, five minutes from the Tenerife Auditorium. In fact this place is one of my few recommended 3 and 4 star Tenerife hotels of the Tenerife capital Santa Cruz.

Meantime, free Internet would be a fabulous hotel marketing tool. 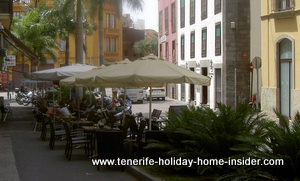 Indeed, some wifi hot spots are a little off the beaten track, such as by the NH Hotel Tenerife Santa Cruz, which is in a rather quiet street, as depicted beside.

Yet, this Nh boutique hotel is just behind Plaza España, which is one of the very cool spots of town.

In fact otherwise, take the offer for totally free hotel Internet by websites with a pinch of salt...
However, all hotels will eventually have to wake up and should provide hotspots for WiFi.

Yesterday, I called Hotel Maritim Los Realejos by the Puerto Cruz border. One of their reception ladies said that Internet there was not for free. She may have been mistaken, I hope.

NH Hotels in the biggest of all Canary Islands,  such as the one in Santa Cruz are proud to give you some free online access now in reception rooms.

Please understand that the installation of hot boxes for wifi hot spots on all hotel floors is not cheap. But, those hot boxes which are actually too cool allow for Internet privacy in your hotel room.

But those temporary Internet connection fees sound expensive so why go for them?

I, for my part wish all Internet access was free; be it with broadband IDSL, ADSL or special Wifi spots. However, may be everything important should have its price in life.

Just figure a businessman who has important brokerage at the stock exchange to deal with online or imagine any other business deal where an urgent Internet seminar might count too much...

Indeed, I called one of the NH hotels and the above tariffs were confirmed to me on the phone at the end of January 2011 by the Nh hotel Tenerife of Santa Cruz. The same WiFi prices are published for the Tenerife NH hotel by a big hotel portal.

Doesn't the slow start of hotel wifi hotspots by Nh sound like good news, after all?

By the way, my family stayed at Hotel Botanico in Puerto de la Cruz in 2014. This 5 star accommodation has a luxury business center which isn't on the ground floor but on the first, if I remember well.  Internet is free and excellent there.

The mall with the French name Carrefour which was the only megashop with free wifi for Tenerife way back in 2011 is now located at CCMeridiano.

From free wifi hotspots back to free wifi of the state of the art library Santa Cruz Tenerife TEA art museum where you may bring your own notebook or use library computers and don't pay a cent.