Tenerife Easter ends the fasting of Cuaresma with its last victorious day the Sunday of Christ's resurrection. This is just one day of an entire  week called Semana Santa Holy Week which represents the Spanish Easter on the biggest Canary Island. The Cathedral mass in La Laguna on that Easter Sunday that's followed by its own procession is very special, of course. 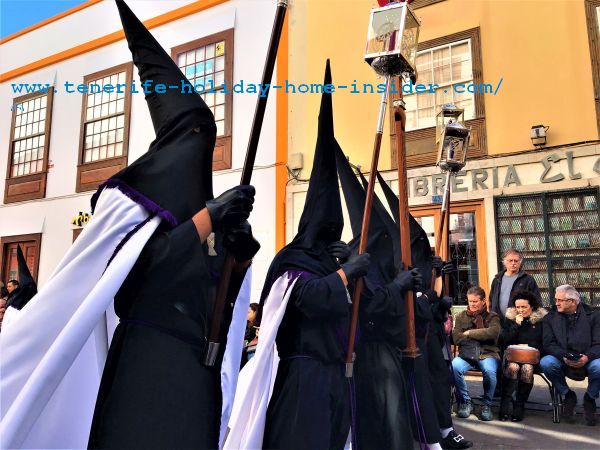 Easter in Northern Europe is different, though.

There, Easter Sunday is the main Highlight with the Pope's worldwide televised blessing, concerts in city parks and in TV. Many in Germany and in the UK enjoy a festive mass with women and girls in new Summer dresses after a Winter with ice and snow while chocolate- eggs and delicious bunnies are hidden in gardens for the children, afterward. 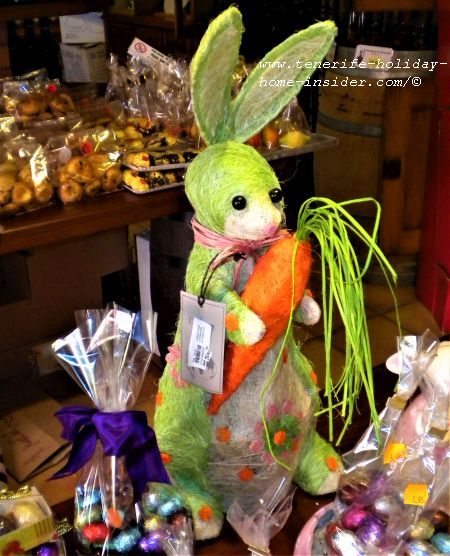 Tenerife Easter with the bunny as a symbol of a Pagan past of worship of Spring, fertility, and honoring of the Goddesses of the Equinox

Also there, Easter Monday is for more partying but,  not a religious feast. However, Monday is not an Easter holiday anywhere in Tenerife and Spain.

Tenerife of the Canary Islands together with other provinces of Spain and Portugal as well as Spanish and Portuguese speaking countries share similar Roman Catholic traditions.
However, those of San Cristóbal de La Laguna in its old quarters with the island's cathedral are so spectacular and captivating that they have become tourist must-see events. 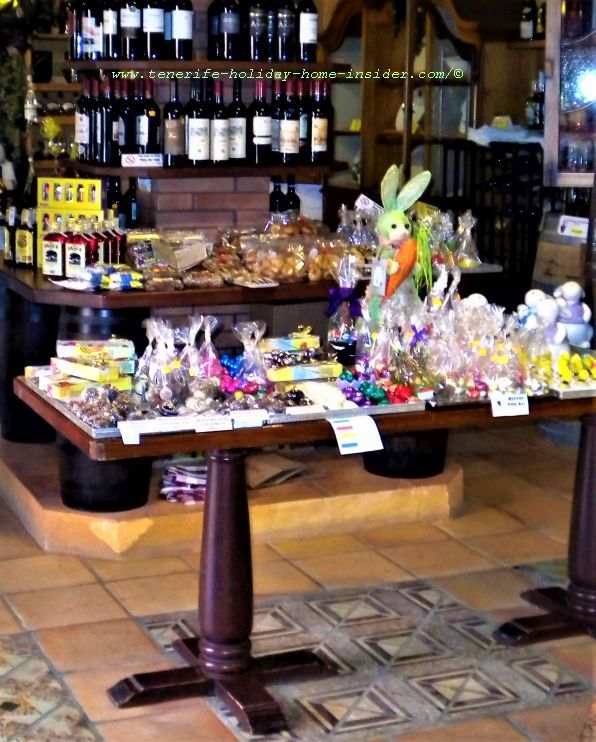 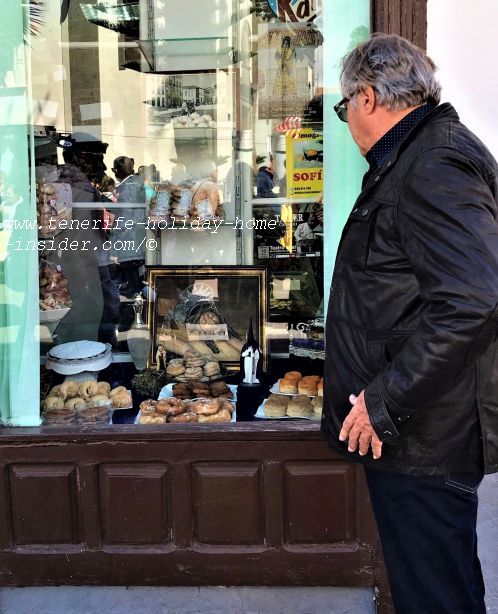 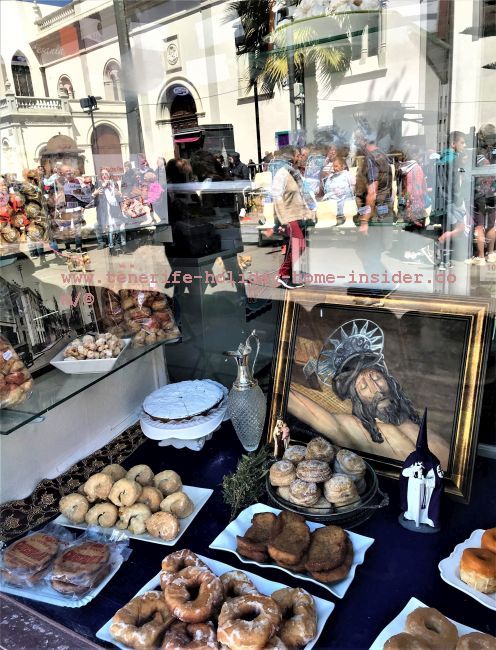 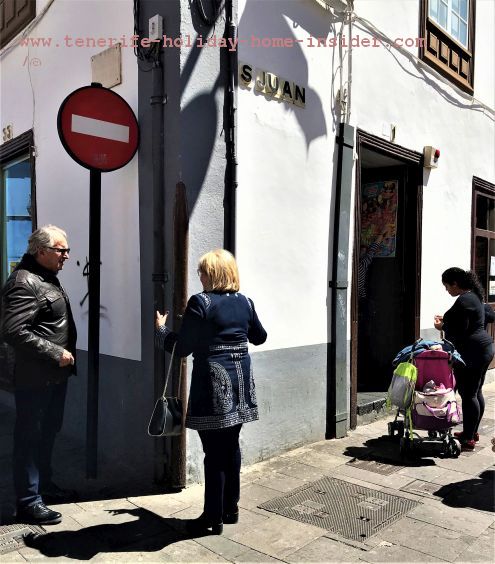 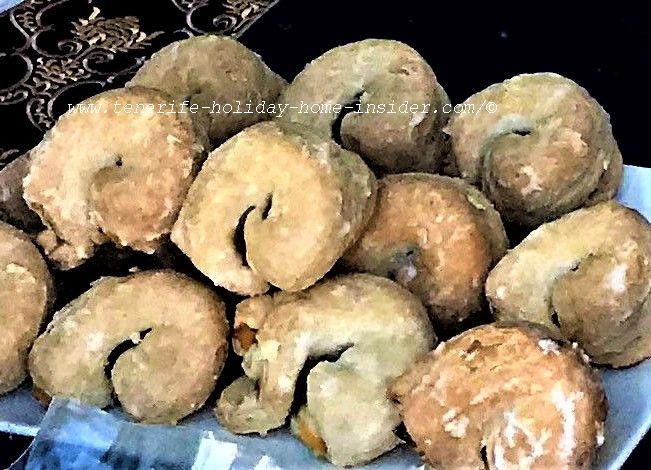 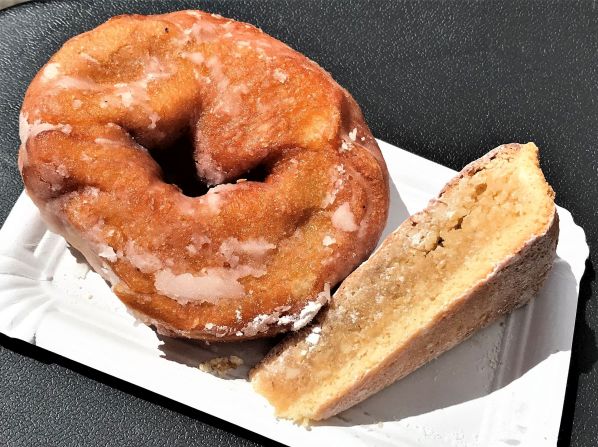 Patata Lagunero pastry and a slice of delicious Almond cake sold by the San Juan cafe for only Euro 2.10 for both on Easter 2019 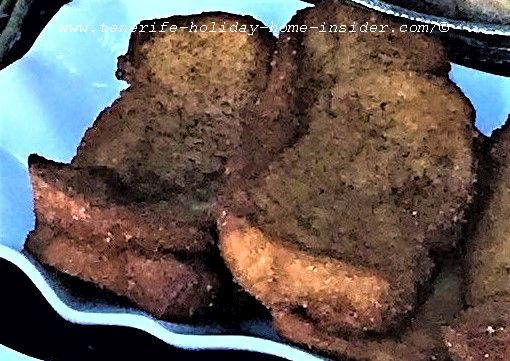 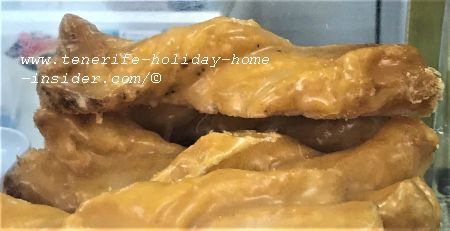 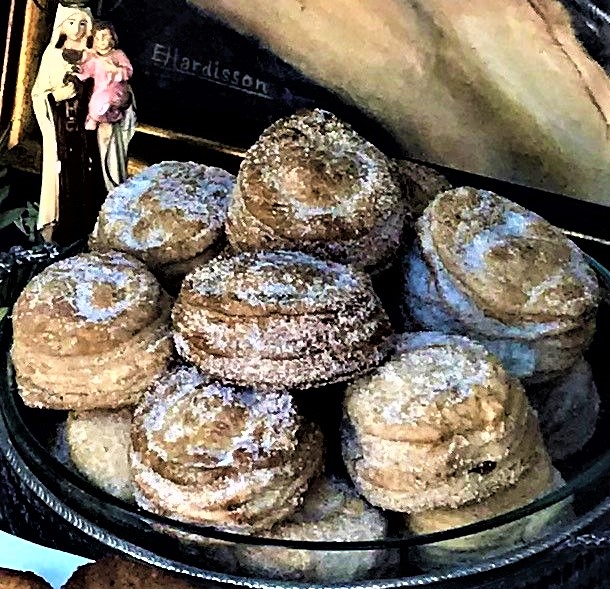 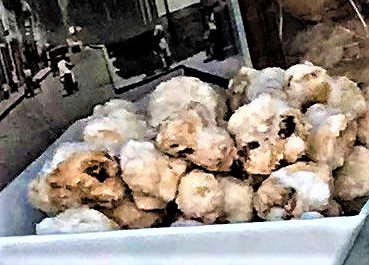 Then there are also rustic looking Monos de Pascua made with a yeast dough, filled with sweet cream and topped with hard boiled eggs for decor. They almost echo the traditional Roscones de Reyes Christmas cakes without the fruity taste, though.

Elaborate Food and family parties are very important after the long period of Catholic fasting after Ash Wednesday. Some prefer pick nicks in recreational parks where best North Tenerife barbecue facilities are given, such as at the Caldera de Aguamansa or the Barranco Ruiz park by the Coastal Road above Playa del Socorro. Playa de Las Teresitas and Hotel del Duque Beach barbecues are not uncommon.

Historical scenes of the Semana Santa days of Christ 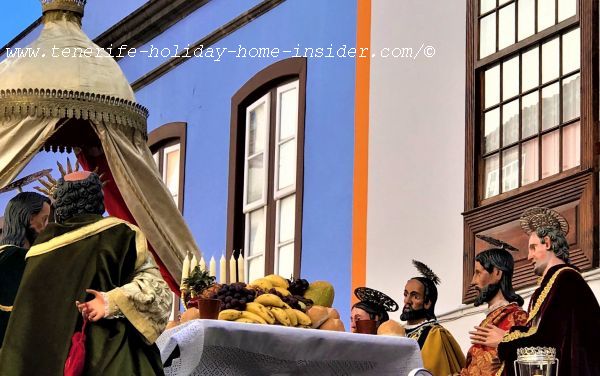 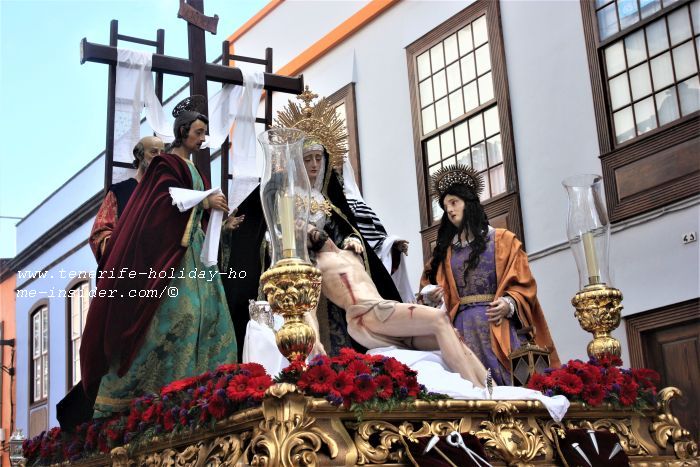 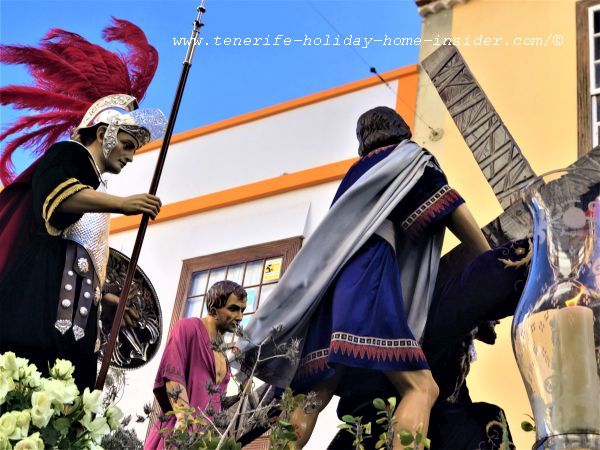 Good Friday scene of Via Crucis on a float 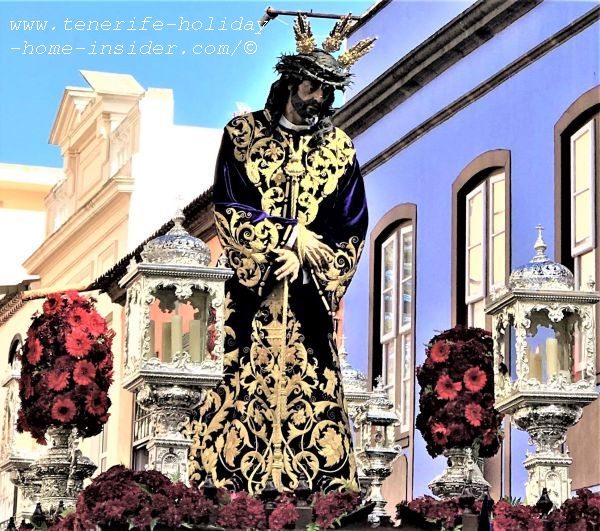 Sunday of Resurrection with Christ dressed as King as Easter message 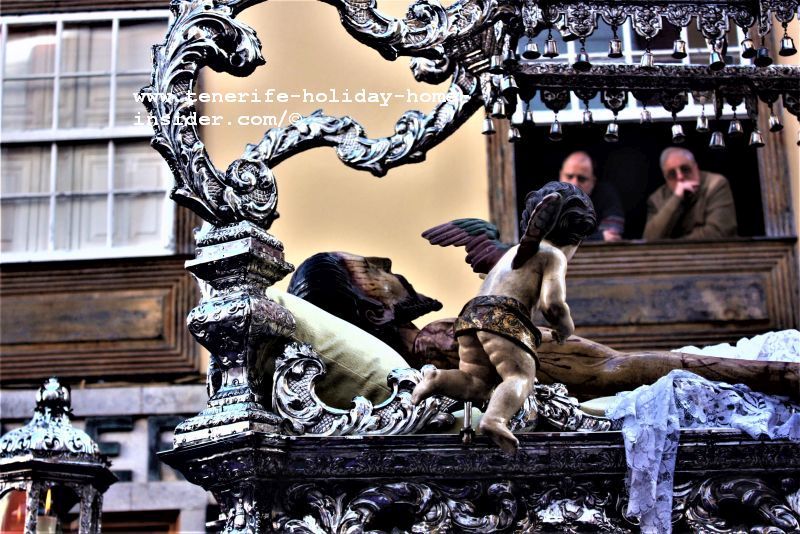 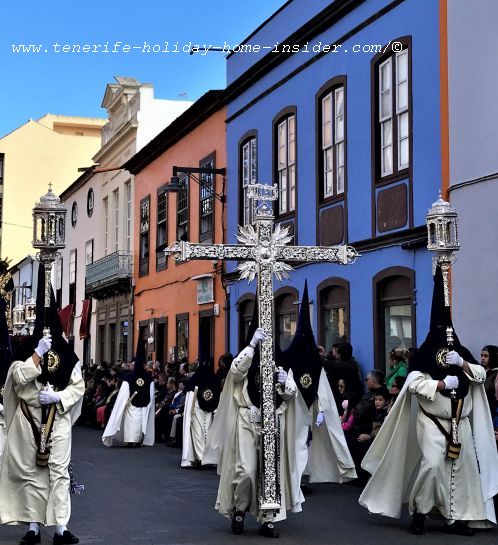 Portrayed above are pictures without scenes of brotherhoods, brass bands and dignities of clerical, political and military nature which find under Spanish customs

The custom of Catholic Easter processions originate from mainland Spain, Portugal and Italy as well as the Vatican, above all. Long ago, Europe fused it after many disputes with ancient customs that honored the Goddess Eastre of Great Britain Celts or Ostera of Germanic tribes as well as deities of neighboring people. The worshiping took place around the day of the first Full Moon of the Northern hemisphere. Way back, this was not always between March 22 and April 25, as it is now.
Otherwise, Pascua Sunday or Pascua Florida coincide with the Jewish one-week-long Passover also known by the same name.

Other related links of Easter

About an ancient Britain Easter Calendar and more