Los Realejos hotels, all of which with their own charm. 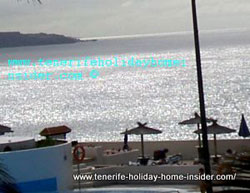 Hotel Maritim of Realejos in Tenerife

Hotel Maritim of Tenerife is a smart coastal 4 star hotel which is near Loro Park, a famous hiking path and two beaches, one of which is only accessible in summer and off the beaten track.

This hotel with tennis courts, mini golf, a large, tropical garden, two outdoor pools, scuba diving school and discoteque is much loved by German and Scandinavian tourists of Puerto de la Cruz. Depicted beside is an Atlantic view from one of its sparkling pools.

The San Pedro residence inn may almost be classified as one of Los Realejos hotels of the coast, as it is virtually on the coastal road, while it hugs a protected park of immense beauty and more. 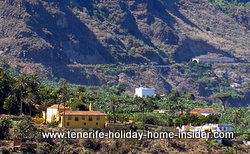 Vacation in most beautiful country scenery Tenerife with so many exciting things to do by the town of most holidays of all Spanish provinces...

It faces the island's most stunning nature reserve, a coastal banana paradise, Rambla de Castro and one of insider fishing hang-outs of most popular Tenerife fishing locations, the wild and romantic surf beach El Socorro, romantic trails for picnics, such as at the intriguing Gorge Ruiz Tenderete spot. 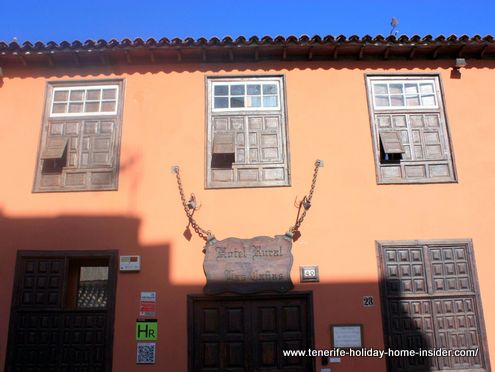 A hotel which has both rural as well as urban advantages is the 3 star Hotel Panoramica Garden which is very near the center of a humming Spanish suburb, but also very close to some of Tenerife's prime nature. Learn more about the 3 star Panoramica Garden Hotel of Los Realejos La Longuera Toscal. 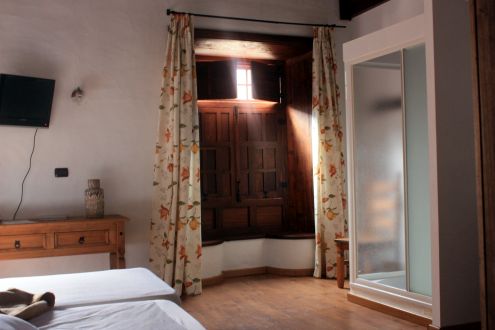 Hotel Rural Bentor of Realejos Bajo is a relaxing, well restored 17th century country hotel in the style of Canary Island houses with indoor patio where green ferns trail from its balconies. It has a terrace with marvelous views and a small pool. It is in the old quarters of Los Realejos Bajo with all the charm of its historical features and warm and welcoming people. However, this hotel might not be ideal for family vacations with very small children, unless used as a base for excursions. The steep roads which surround it are not the best for pushing prams.

There is Hotel Rural Bentor a friendly, small provincial hotel with lovely views. 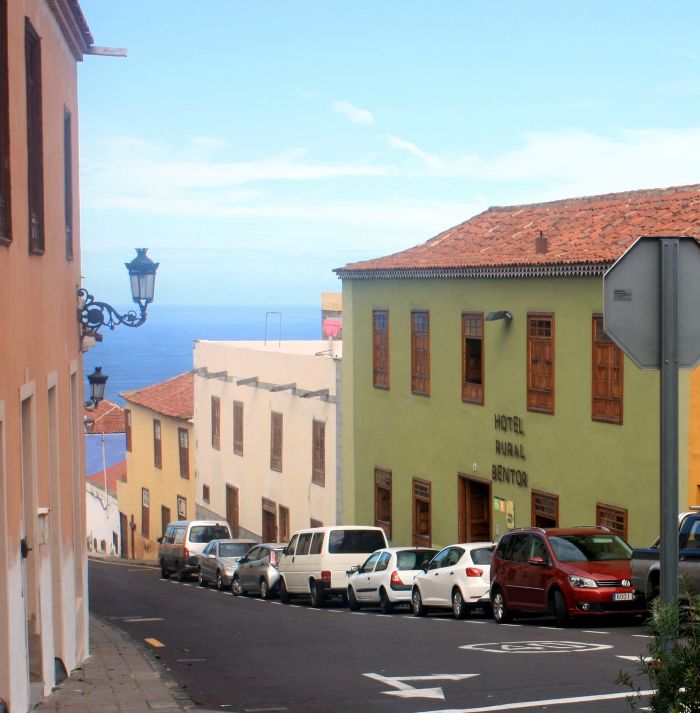 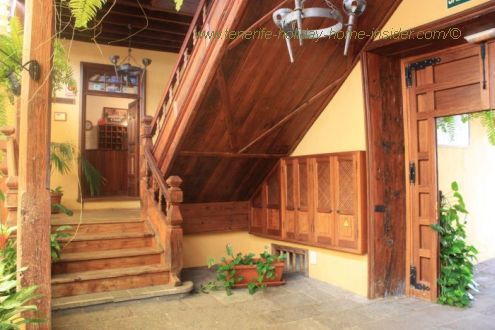 This luxury hotel complex Casa Blanca is also a Spa. And yes, it's dog friendly and would have even taken our Jesse with her 35 kg. Hence not just miniature dogs like most other hotels. It is made up of several well restored Tenerife houses of rustic appearance is superbly furnished and equipped. It could almost be called a mountain hotel, although it is not high enough located for snow. It's within the indigenous environment of the Barranco Ruiz of prime nature at Icod El Alto of Los Realejos. The ruin of the most ancient Tenerife inn of the region which played a role in Spain's colonizing and potato history is next door. By the way, it is also in a road which is named after the famous Camino Real Kings Highway of Tenerife Island.

Mind this hotel with prime country and sea views near the Paraglider Piste of Tenerife North is often fully booked. Why? It belongs to a municipality that is said to have most Fiestas, Festivals and celebrations of Spain. Sports events also top the region. 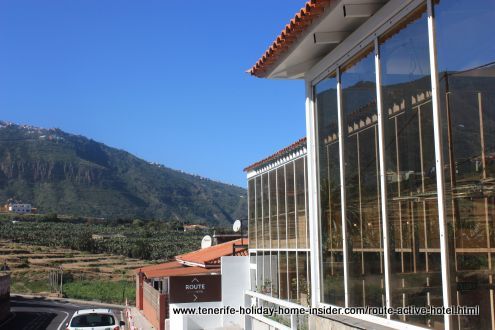 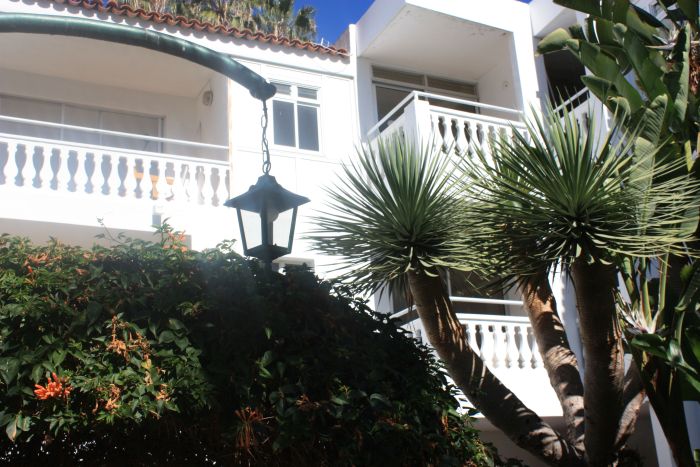 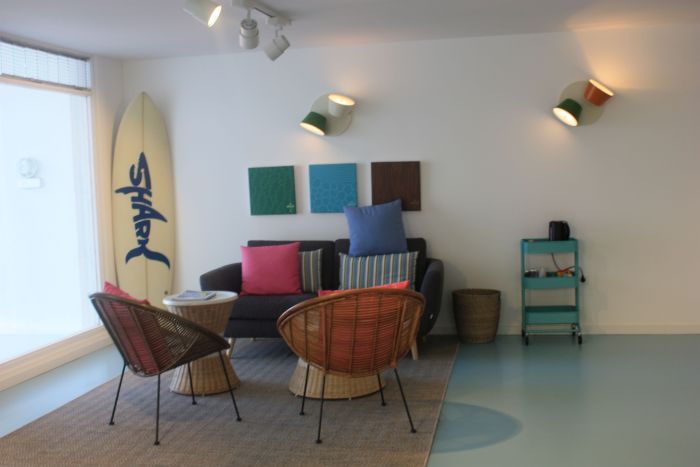 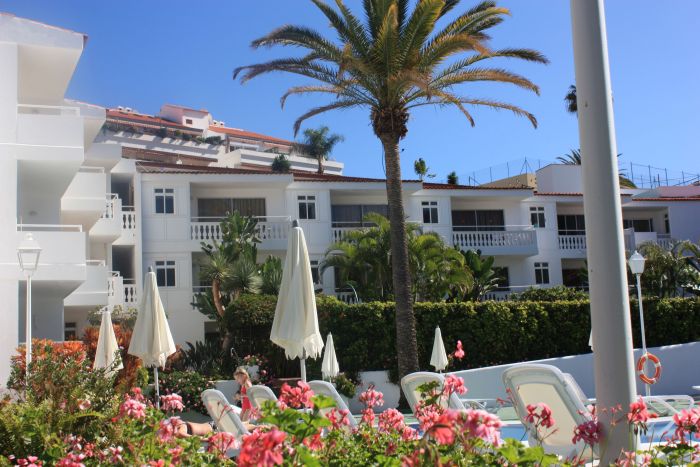 There are a few more but car rental is a must, as they are not in most convenient locations.

From Los Realejos hotels back to hotels Tenerife