Los Realejos and its historical dedication to Tenerife culture. 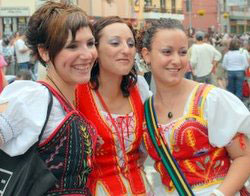 Tenerife culture by celebrations and customs

Tenerife culture Los Realejos has priority in its northern district of the Orotava Valley with its more than 20 suburbs.

The municipality of Los Realejos hosts altogether more than 62 fiestas and festivals without counting Christmas holidays.

Some traditions were partly taken over from Guanche cults and were christianized.

That's may be where the custom of free food and drinks for all during thanksgiving Romerias comes from. Icod el Alto hamlet, for example, fried 700 kg of meat during its August celebrations in 2011 to give out free.

Culture of Tenerife is as much celebrated in Los Realejos as in Santa Cruz and Puerto de la Cruz. 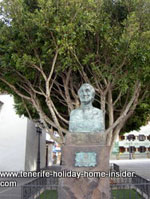 Tenerife Culture always played a major role in Los Realejos partly because of its most famous son called José Viera Y Clavijo. His birthday which dates back to 1732 is celebrated each year in December. A Statue Viera y Clavijo stands on the most historical court yard by the town's most venerable church.

By the way, the late cleric, historian, poet, writer, philosopher and historian also studied in La Laguna as well as in Paris. Learn more about Viera y Clavijo in the context of Tertulias at the Bohemian Club of Tenerife.

It is big and has much to offer. There, learn to tango, for example. Then there is the modern art school center Escuelas de las artes. 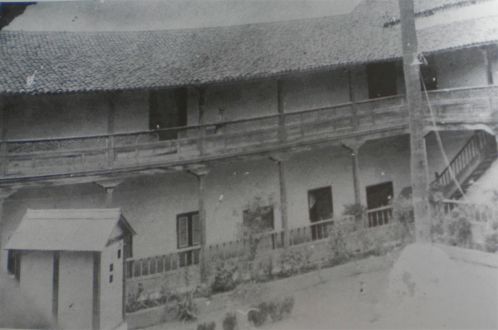 The historical film projection cabin from 1920 on the left of the famous but burned down Los Realejos Convent school is a testimony for this ancient cultural tuition whose adjoining amenities are on the agenda for restorations. Photo: Courtesy of Los Reaelejos Town Hall Archives

Then there are also the old historical Royal farm Hacienda de los Principes of Realejos Bajo and the association and the Realejo Bajo House Casa La Parra with its museum Museo "Erase" or "CuentaCuentos" of children stories and literature and according events. 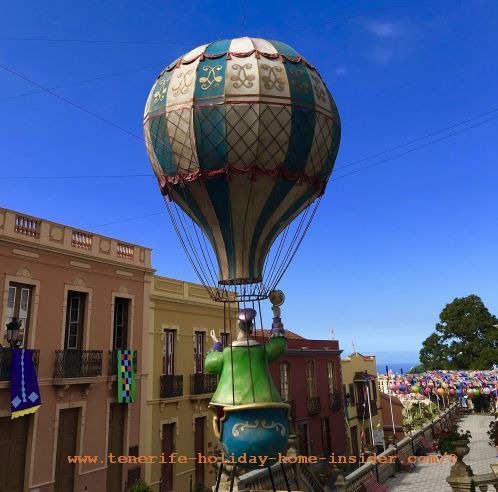 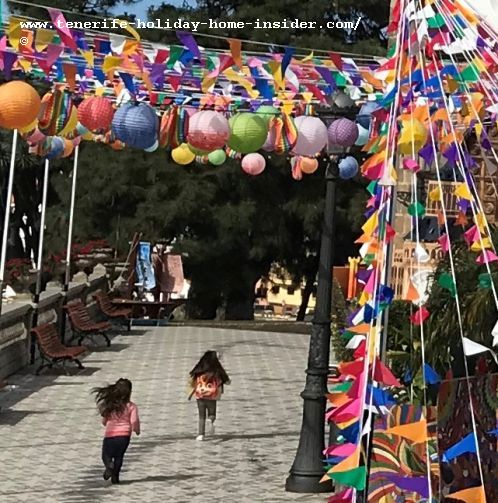 Tenerife Carnival Los Realejos whose dates change every year depending on the lent calendar.

Also visit el Monasterio Montañeta of Los Realejos with its many details of art and culture which include crafts, decorations, architecture and top Tenerife cuisine.

Mind that the Tenerife Hotels of Los Realejos which are Hotel Maritim and the 3 star Hotel Panoramica Gardens, generally have their additional cultural events.

The Tenerife culture of sports

Not to forget is that Los Realejos may very well be a leader in this field. In fact, it thrives to be the heart of Tenerife sports, as this is an enormous part of this municipality's cultural activities where many trophies have been won last century as well as in the last decades.

From Tenerife culture back to Los Realejos