Tenerife folklore is immensely rich, while much is lore besides some mythology like the Saga of the Atlantides. Mind that Tenerife was only really conquered from the Guanches in 1496. A few Guanche legends sound like oral short tale literature, some of which is mentioned below. However, most of those stories are more real and emotional in their simplicity than most colorful and intriguing fiction.

This show without words is most remarkable and important. It's also of great socio-political value when it portrays the Guanche history of the apparition of the Virgin of Candelaria the Madonna Morenita which surpasses legendary qualities. 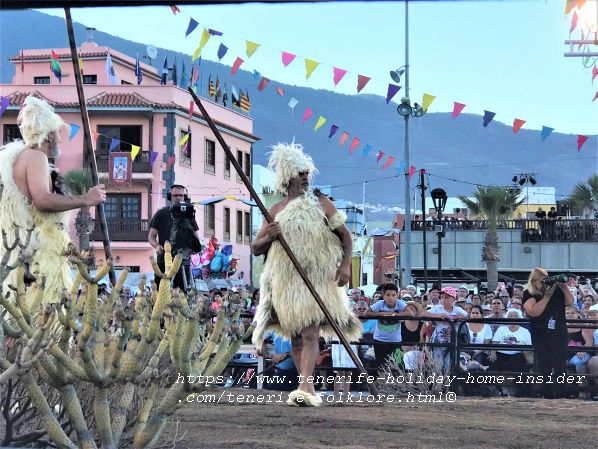 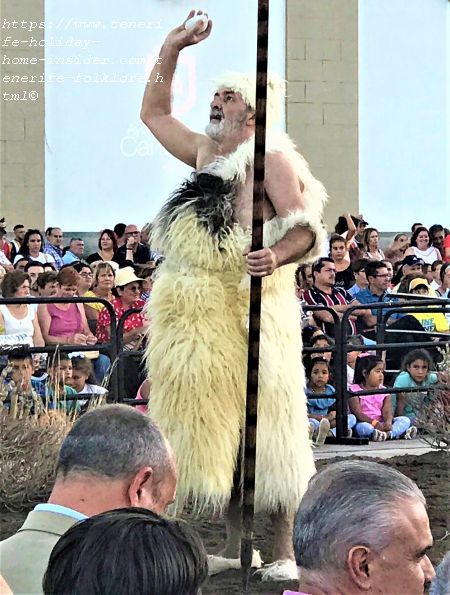 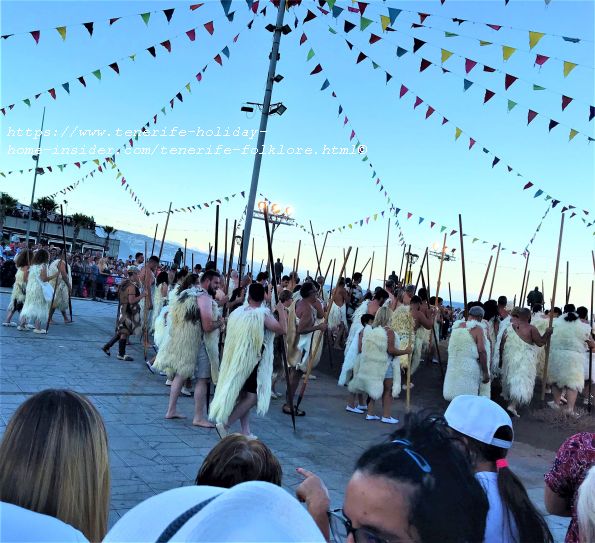 In fact, this so called Morenita or morena (black) statue of Candelaria has become a patroness destination for pilgrims of all Canary Islands.

Her power to perform miracles has been confirmed by the Vatican, a long time ago, examples of which have been written down on a wall of the Madonna's Basilica.

By 8 p.m. on August 14 every year, a superb show without words is reenacted on Plaza de la Patrona of Candelaria. 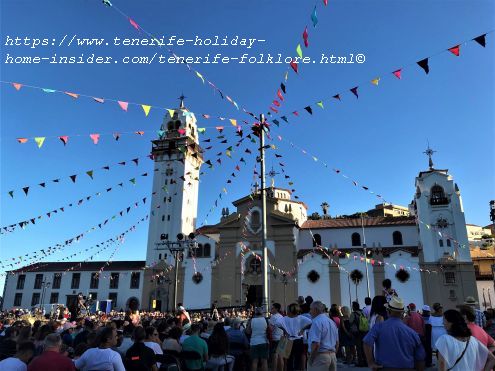 The spectacle's Guanche actors were rewarded the town Gold Medal in 2008 for it together with other work done by them to strengthen that part of Tenerife traditions.

It's all about an extraordinary Marian apparition in 1393. Then, a timber figurine was washed onto a seashore of Güimar by Candelaria. That was more than a hundred years before Castilians set foot there. By the way, Candelaria Guanches have had the privilege to carry around their Morenita during festivities since the sixteenth century. 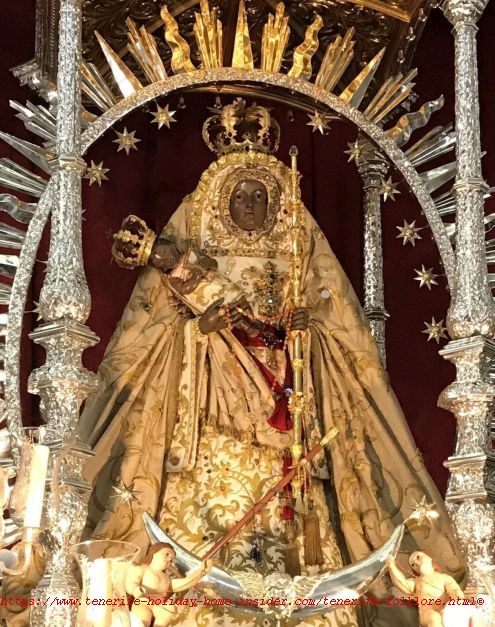 People flood into the Basilica to see the wonderful image of the so called Black Madonna before the main Pilgrimage events. Click this link to learn more about them and to discover details of  the history  of La Virgen Our Lady of Candelaria

On August 15 at night by 21.30, contrary to daytime before 2016, folklore with its colorful costumes takes its peak on Plaza de la Patrona of Candelaria Tenerife where the Black Madonna altar becomes a stage for all Canary Islands and pilgrims from abroad.

Then, more flowers and food parcels for the poor are presented. Chácaras, Timbles, traditional backpipes and drums(tambores) of folk music fill the air together with happy Tenderete songs. Traditional dancing excite the senses. Even a so called Mayan Pole dance a Danza de Cintas is performed. 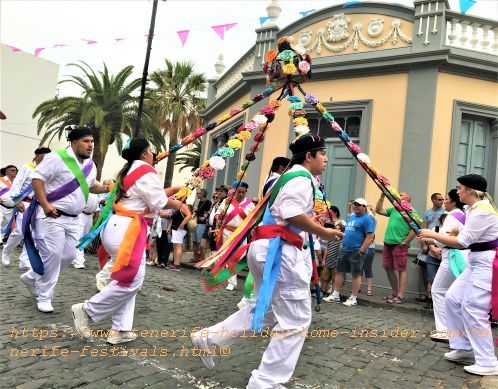 A most appropriate Finale is created by the young and old of the Guanche theater assembly. They jump for joy with their long shepherd poles and sound their shell horns. Then, they wave white handkerchiefs to the Madonna to say Goodbye until next year.

Some Tenerife custom dances certainly go back to Guanche days, as has been studied and established here by musicology

However, other dance traditions also come from other islands. The Dance with Chácaras that has even become famous in Venezuela dates back to the Isle El Hierro and its Bajada de la Virgen. 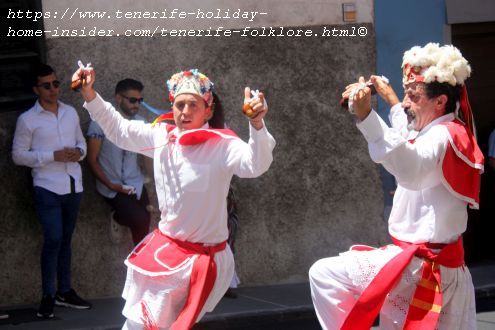 The most famous folk musicians are the Sabandeños from Tenerife whose dress code the Guanche Tamaco Cape and a wide woolen scarf that's worn like a belt have become custom. Other folk singers an abundance of which exist on the Canary Archipelago wear the costumes of a guild or of the town where they belong to.

There are many national as well as international festivals that celebrate Tenerife dances of yore.
Santa Ursula, Los Realejos and San Cristobal de la Laguna are best known for it. Of course nowadays, Arona and Adeje have such shows for the sake of tourism. Candelaria Tenerife the town had its last international festival on August 17, 2019. Then, folk dancers from Beograd as well as from Polinesia Hawai took part. Click to marvel at an unusual folk dance from a festival at el Medano by the seaside.

Other stories that celebrate Tenerife folklore 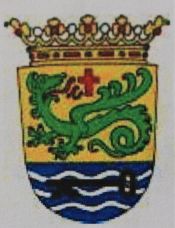 Garden of Hesperides guarded by a dragon beyond the pillars of Hercules Atlantic Ocean, as in the coat arms of the city Hall of Puerto de la Cruz

Tinerfeños that returned from Venezuela brought back "Mata la Culata" the kill the snake ritual that is sometimes shown during the Puerto de la Cruz Carnaval.

Many songs that have been adapted to Tenderete folk music also are of South American origin which may be from Cuba, Venezuela and other parts. Cooking recipes and sweets play a similar role.

Not to forget are traditional Gofio dishes which are often of acquired taste, herbal medicines with peculiar names, or the famous Bien mi Sabe.  Mind that Gofio mills, one of which is still to be restored soon, are a typical folk treasure must see. 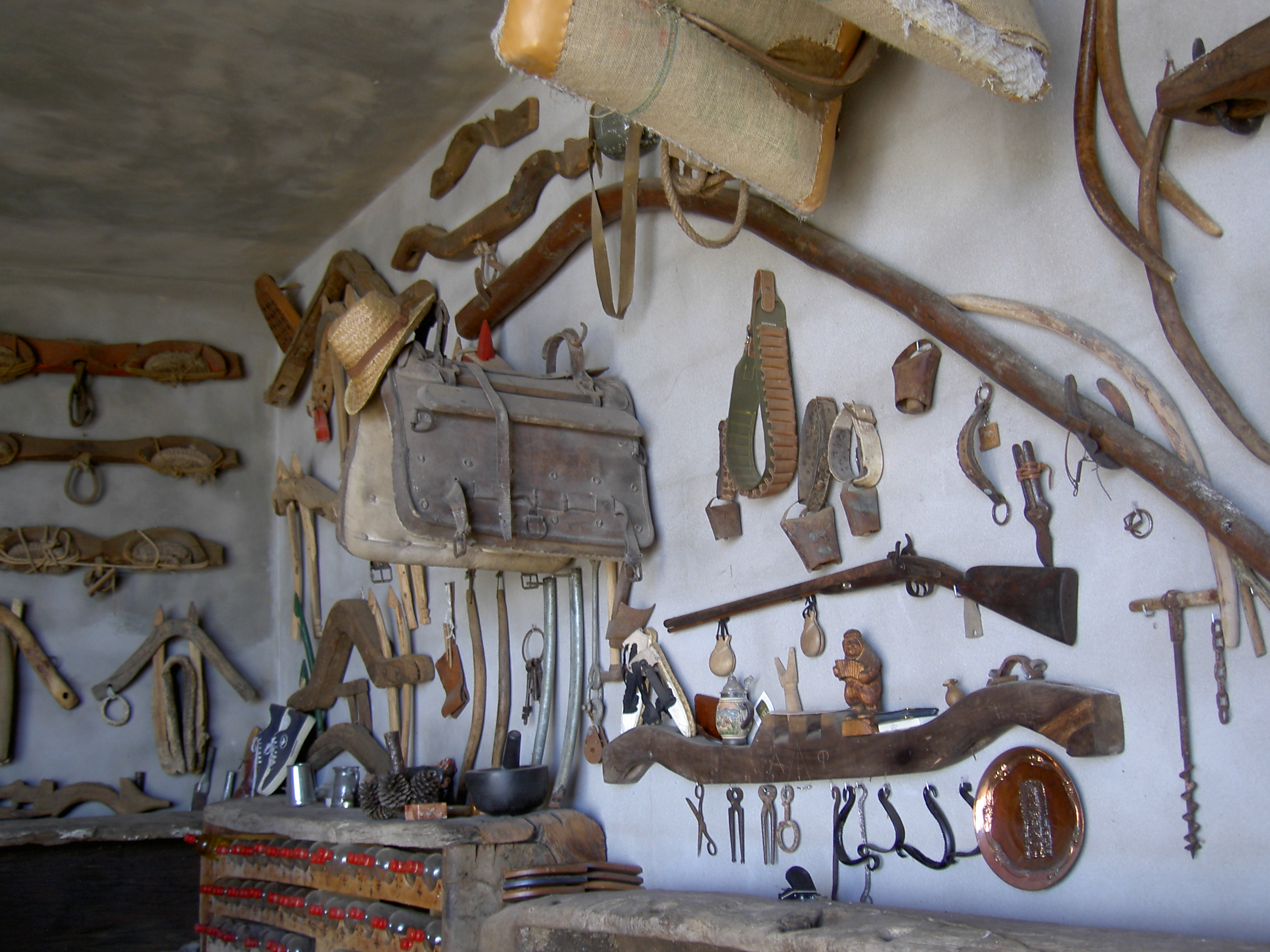 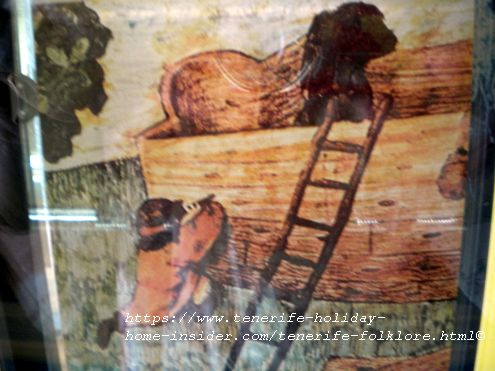 Tenerife shipbuilding folk art by applying ecological Brea a custom of yore, as discovered in a top Santa Cruz museum

Folk dance festival in Tenerife on a beach

Please, bear with me. Am I really getting old and start to forget important things or is there too much on my mind? How could the yearly Granadilla folk dance festival slip my mind? The XXVI edition just about finished with a beautiful concert by the famous Sabandeños on Plaza de El Medano by the end of August 2019.

From Tenerife folklore back to Tenerife attractions to discover more folk spectacles, such as its famous carnival